Amazon banned 600 Chinese brands for violating its policies. Almost 3,000 online merchant accounts backed by these brands were booted by the e-commerce giant. The action was taken as part of a global crackdown on consumer review abuses. 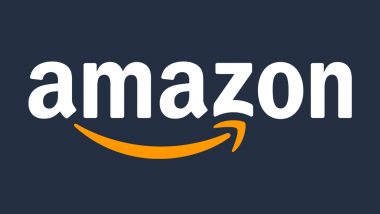 New York, September 20: Amazon banned 600 Chinese brands for violating its review policies. Almost 3,000 online merchant accounts backed by these brands were closed by the e-commerce giant. The action was taken as part of a global crackdown on consumer review abuses, reported The Wall Street Jornal. According to Amazon, these brands were offering gift cards to customers in exchange for positive reviews. Amazon Listing Agency AMZ SEO HUB Sees Sales Soar Since Pandemic.

According to a report by The Verge, some brands were offering VIP testing programs or extended product warranties. Meanwhile, other brands were offering incentives to customers who had posted poor reviews. These incentives were in the form of a refund or a free product. Amazon said that it gives opportunities to businessmen to grow their business by providing healthy competition.

"Customers rely on the accuracy and authenticity of product reviews to make informed purchasing decisions, and we have clear policies for both reviewers and selling partners that prohibit abuse of our community features. We suspend, ban, and take legal action against those who violate these policies, wherever they are in the world," said Amazon in a statement shared with The Verge. Amazon Blocks Top Chinese Sellers for Manipulating Feedback: Report.

The development came after the Competition and Markets Authority (CMA) of the United States launched an investigation into the allegations that Amazon and Google were not doing enough to tackle fake reviews. Notably, allegations against Chinese companies have surfaced as the rise in Beijing's e-commerce transactions was reported in recent years.

(The above story first appeared on LatestLY on Sep 20, 2021 11:06 PM IST. For more news and updates on politics, world, sports, entertainment and lifestyle, log on to our website latestly.com).