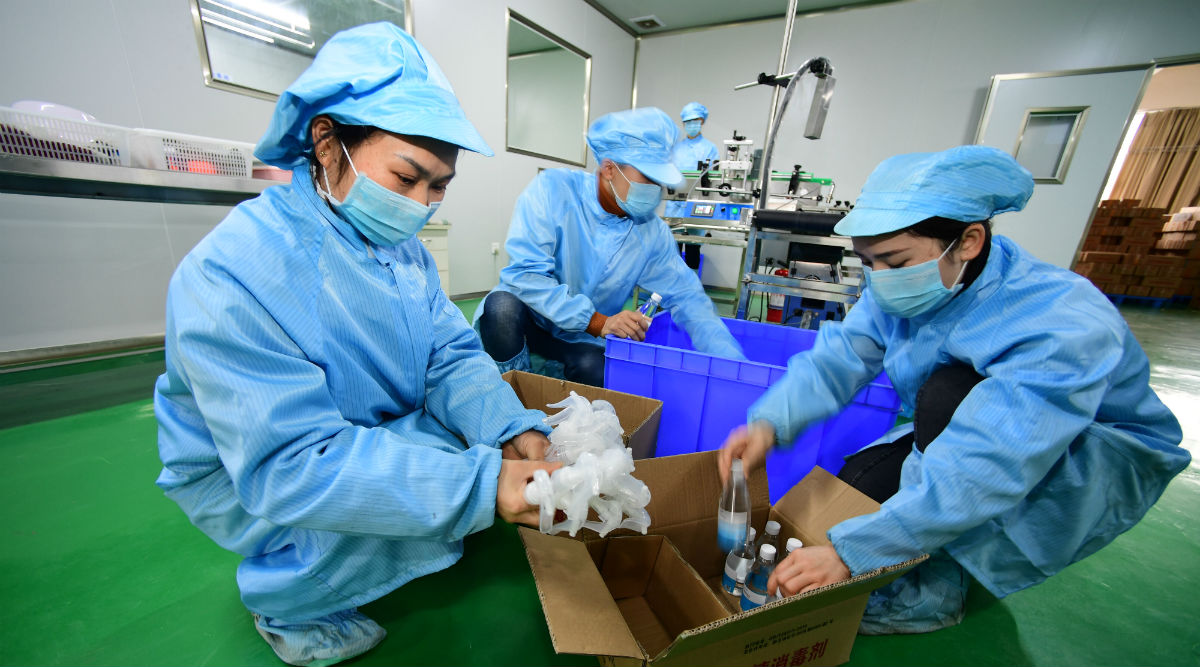 Beijing, March 27: China reported more than 50 imported cases of the coronavirus on Friday, hours after announcing a ban on foreigners entering the country.

In recent weeks China's tally of infections has dwindled dramatically, with only a handful of domestic patients each day. But just as the country appears to bring the outbreak under control, nations around the globe have been battling to control soaring numbers of infections in new hotspots.

There were another 55 new infections in China Friday, the National Health Commission said, with one local infection and 54 imported cases from overseas. Beijing has been racing to control the number of infections being brought into the country -- mostly Chinese nationals returning home from overseas, including large numbers of students abroad. Catch Coronavirus Live News Updates.

On Thursday Beijing announced dramatic measures to curb arrivals into the country, including reducing the number of international flights, limiting the capacity on board to 75 percent, and imposing a ban on foreigners entering China.

Non-nationals living in China with valid visas and resident permits will be blocked from returning to the country after midnight on Friday night, the foreign ministry said in a statement.

The ministry said it was a "temporary measure that China is compelled to take in light of the outbreak situation." Diplomats and the crew of international airlines and vessels will still be permitted to enter.

Flights in and out of China will also be capped at just one route a week to each country, including for international airlines. The tally of cases brought into China from abroad climbed to 595 on Friday, health officials said. A series of strict measures had already been put in place to try and stem the wave of infections coming in.

All Beijing-bound international flights have been diverted to other urban centres, where passengers will first be screened for the virus. Many Chinese cities including Beijing and Shanghai have also imposed a compulsory 14-day quarantine for all arrivals from abroad. There were nearly 1,100 return international passenger flights scheduled to come to China this week. Coronavirus Cases in India Surge to 694, Death Toll Reaches 16; Centre Announces COVID-19 Economic Package.

There were another five deaths on Friday, according to the National Health Commission -- all in the province of Hubei where the virus first emerged late last year. In total 81,340 people have been infected in China, and the outbreak has claimed 3,292 lives.