Chinese real estate giant Evergrande Group, which was once part of the prestigious Fortune 500, has been officially declared a defaulter amid Beijings late but desperate efforts to chalk out measures to mitigate its impact. 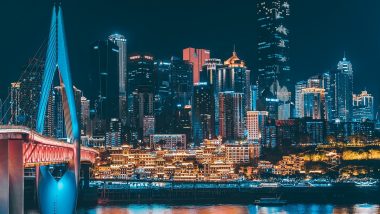 New Delhi, December 10: Chinese real estate giant Evergrande Group, which was once part of the prestigious Fortune 500, has been officially declared a defaulter amid Beijing's late but desperate efforts to chalk out measures to mitigate its impact. Chinese real estate sector and its allied services account for about 30 per cent of the country's gross domestic product (GDP) and more importantly about 29 per cent of all bank loans are directed towards housing.

In 2008-09 the US went through a severe economic crisis with the fall of Lehman Brothers and the much talked about subprime crisis driven by the crash in the American housing market. China Caught Under Real Estate Debt, Millions of Homes Remain Unsold.

China's real estate sector - one of the primary drivers of economic growth-- has been on a wobbly wicket for years with the artificially over-grown housing sector - much like the US case. A report by India Narrative earlier noted that while China excessively relied on the real estate sector boom for its economic growth even as over 20 per cent homes in the urban markets remained unoccupied.

In 2018, Gan Li, of Chengdu's Southwestern University of Finance and Economics told Bloomberg that no other country had such a high vacancy rate and in case of a crack, the real estate market would collapse like a flood. China's overall debt is driven primarily by real estate, corporates and shadow banking.

China's regional governments have been aggressively engaged in unsafe financial operations since 2007. Off-the-counter loans or shadow banking is a common feature.

Finally on Thursday Fitch Ratings marked Evergrande Group as restricted defaulteimplying the company is just a notch above a full default which would include bankruptcy and winding-up exercise.

The South China Morning Post said that the downgrade "comes after several attempts by China Evergrande, the world's most indebted developer, to stave off such an event through last-minute bond payments a couple of times over the past two months."

Earlier, another integrated property developer Kaisa Group was put in the category of restricted default. In October, Fantasia Holdings was downgraded to default status.

"China's economic recovery will not be as smooth as it was being projected earlier..problems of this level in the real estate sector will naturally have an impact on the economy," DK Srivastava, chief policy adviser, EY India told India Narrative.

The near crisis situation in the real estate sector would also lead to increased joblessness and shrinking of consumer spends. For now the world is closely watching the developments in China and the messures Beijing is preparing to take to address the situation.

(The above story first appeared on LatestLY on Dec 10, 2021 10:21 PM IST. For more news and updates on politics, world, sports, entertainment and lifestyle, log on to our website latestly.com).