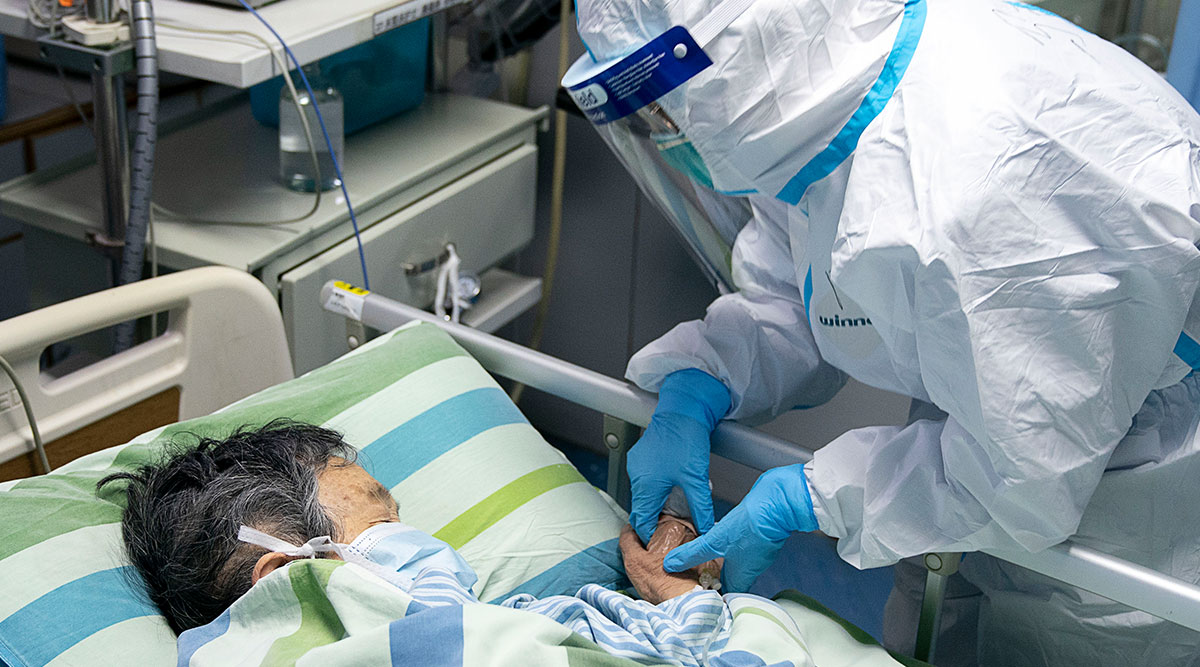 Paris, February 26: A 60-year-old teacher has become the first French casualty of the coronavirus, the health ministry announced on Wednesday.

The man died overnight in a Paris hospital, bringing the coronavirus death toll in the country to two, said the ministry's deputy head Jerome Salomon. The first victim was an 80-year-old Chinese tourist who died in hospital in mid-February.

The latest victim, who worked at a junior-high school in the town of Crepy-en-Valois, about 80 kilometres (50 miles) northeast of Paris, is not believed to have travelled to an area affected by the global coronavirus outbreak, the education ministry said. India, China in Talks Over Third Evacuation Flight to Coronavirus-Hit Hubei, No 'Deliberate Delay' From Beijing, Says Report.

Le Parisien newspaper quoted the mayor of the teacher's hometown of Vaumoise as saying he had "begun to feel ill at the start of the (mid-term) holidays and had been quickly hospitalised."

Classes are due to resume in northern France on Monday. France has reported four other new cases of COVID-19 in the past 24 hours -- two in people returning from hard-hit Italy -- bringing the total number of infections to 17.

Eleven other people have recovered in France from the disease which has killed more than 2,600 people worldwide and infected almost 80,000 others, mainly in China. One of the four people still being treated in hospital, a 55-year-old man, is in a critical condition in the northern city of Amiens.

Two of the four had recently returned from the Lombardy region of Italy, which is at the centre of Europe's biggest outbreak of the disease, the health ministry said. The French government has asked citizens returning from Lombardy and the neighbouring Veneto region to avoid "all non-essential outings" and keep their children home from school. The same recommendations have been issued for people returning from mainland China, Hong Kong, Macau, Singapore and South Korea.

Meanwhile, 30 tourists have been confined to their hotel in the Burgundy town of Beaune after the as-yet unexplained death of a tourist from Hong Kong, the regional health department said.

The department said a tour group, which had been due to travel to Paris Wednesday, was being kept at the Ibis hotel while tests are carried out "to banish all suspicion of a case of coronavirus".  Coronavirus in Iran: Death Toll Rises to 19, 44 New COVID-19 Cases Reported in Last 24 Hours.

The agency did not say where the other members of the group were from.

The Beaune town hall said the dead man had a heart condition. Other guests who had not been in contact with the group were allowed to leave.