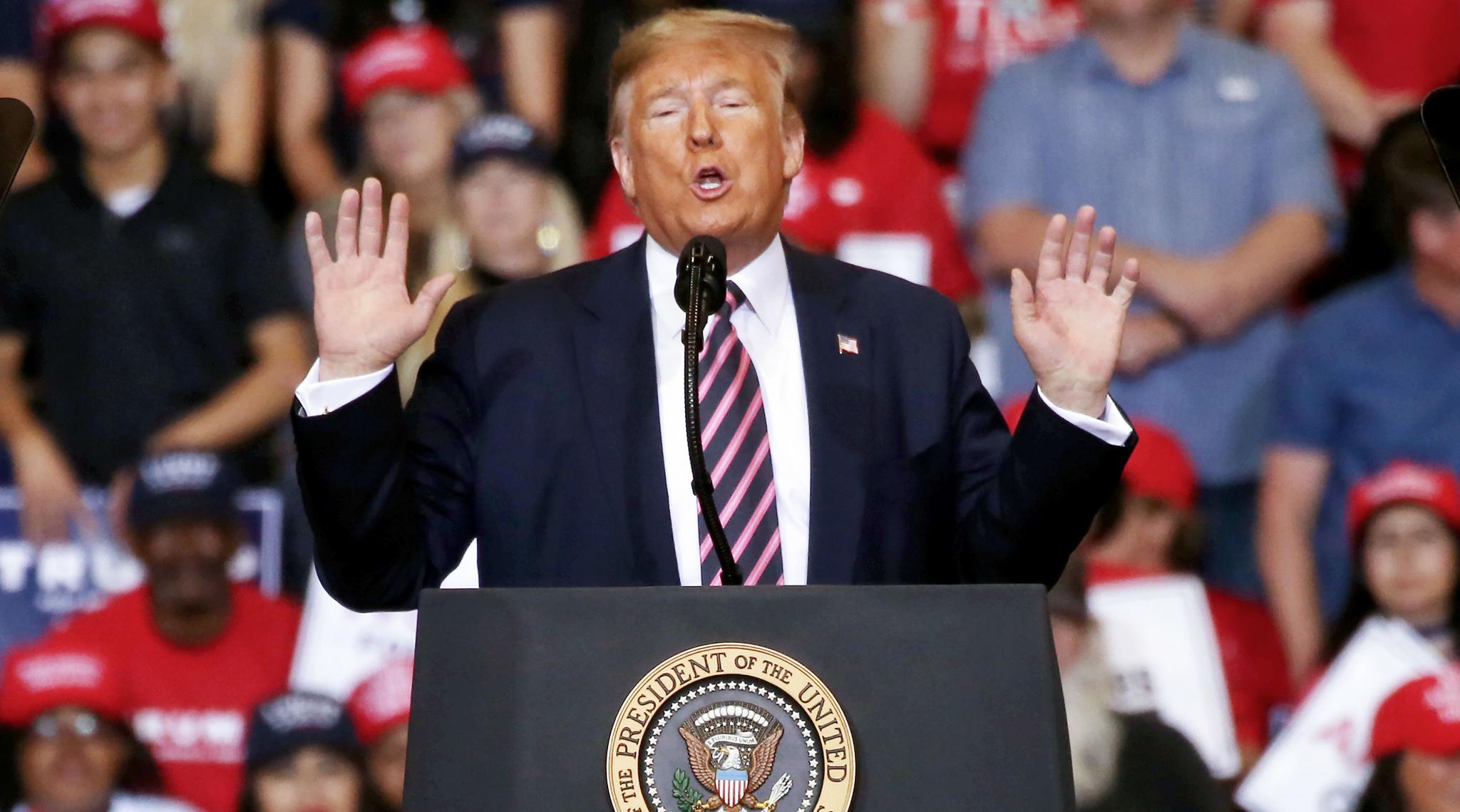 Washington, February 26: US President Donald Trump on Wednesday defended his administration's response to the novel coronavirus, lashing the media for spreading panic as he announced an evening news conference on the epidemic.

It comes a day after a senior health official warned that, despite containment efforts, it was only a matter of time before the COVID-19 disease spreads in the United States. Coronavirus Outbreak: Teacher Confirmed as First French COVID-19 Victim, Death Toll Rises to 2 in France.

"I will be having a News Conference at the White House, on this subject, today at 6:00 P.M." Trump tweeted, adding that officials from the US Centers for Disease Control and Prevention (CDC) would attend.

On Tuesday, the CDC urged US cities to be prepared to cancel mass gatherings and urged schools and businesses to develop teleworking plans, amid dire warnings that countries are not ready to contain an outbreak that has infected 80,000 people, mostly in China.

As of Wednesday, there were 59 cases of the infection in the United States. This included 45 people who were repatriated from a cruise ship off the coast of Japan or from Wuhan, the Chinese city at the heart of the epidemic. Critics, including lawmakers on both sides of the aisle, have accused the Trump administration of downplaying the crisis and underfunding the response.

During a trip to India, the president told reporters in India experts were "very close to a vaccine," forcing White House officials to clarify later that he was talking about Ebola, not the novel coronavirus. White House economic advisor Larry Kudlow has also come in for criticism after telling CNBC the virus was "contained" -- on the same day the CDC warned that a US outbreak was inevitable.

But Trump insisted Wednesday that his administration is "doing a GREAT job" managing the crisis, blaming the media for trying to stoke fear in a tweet in which he spelled the name of the virus incorrectly. India, China in Talks Over Third Evacuation Flight to Coronavirus-Hit Hubei, No 'Deliberate Delay' From Beijing, Says Report.

"Low Ratings Fake News MSDNC (Comcast) & @CNN are doing everything possible to make the Caronavirus look as bad as possible, including panicking markets, if possible," he tweeted, using a derogatory name for cable news network MSNBC that suggests it is connected to the Democratic National Committee. "Likewise their incompetent Do Nothing Democrat comrades are all talk, no action. USA in great shape!"

Wall Street stocks opened higher after suffering a second straight rout Tuesday, with losses picking up after US health officials warned the epidemic was likely to hit the world's biggest economy. With cases being reported in more countries -- and lockdowns in nations including Austria, Italy and Spain -- traders are growing increasingly fearful about the impact on the global economy.

On Monday, the White House sent a request to Congress to make at least $2.5 billion in funding available for preparedness and response, including developing treatments and vaccines and buying equipment for a strategic national stockpile. But Senate Democratic leader Chuck Schumer said this figure was "too little and too late", proposing instead $8.5 billion.

"Congress must act swiftly to confront the threat of this global health crisis," he said, adding: "For context, Congress appropriated more than $6B for the Pandemic Flu in 2006 and more than $7B for H1N1 flu in 2009." Coronavirus in Iran: Death Toll Rises to 19, 44 New COVID-19 Cases Reported in Last 24 Hours.

Democrats have pointed to a White House request to Congress for deep cuts to the budgets of science and health agencies such as the National Institutes of Health. Trump has not appointed a point person or task force on the crisis, while the global health security expert position on the National Security Council has been left vacant for almost two years.