The Israeli cabinet has ratified a mutual visa exemption deal with the United Arab Emirates (UAE), the Jewish state's first such move with an Arab country. 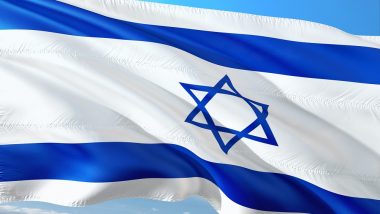 Tel Aviv, Nov 23: The Israeli cabinet has ratified a mutual visa exemption deal with the United Arab Emirates (UAE), the Jewish state's first such move with an Arab country.

"We have approved a visa exemption agreement between Israel and the United Arab Emirates," Xinhua news agency quoted Prime Minister Benjamin Netanyahu as saying in a tweet on Sunday.

The deal bolsters economic ties and reciprocal tourism between the two countries, according to Netanyahu.

"This is the first Arab country with which we have signed such an agreement. Of course, this will develop and strengthen ties between the countries as well as economic links.

"I believe that every citizen of Israel, the entire world, sees the great change that we are bringing to our region in every field," The Times of Israel quoted the Prime Minister as saying to reporters also on Sunday

The deal comes as Israel and the UAE are working to warm up their ties after signing a US-brokered deal on September 15 to normalize relations.

Sunday's development came after Ministers voted unanimously to approve the treaty, which was signed in Tel Aviv last month.

The UAE government reportedly ratified the agreement on November 1, which means that it will enter into force in 30 days.

The UAE-Israel visa exemption agreement will mean that citizens will be allowed to enter each other's countries without having to go through the hassle of applying for a visa first.

It is the first such arrangement between the Jewish state and an Arab country.

Even Israel's closest ally, the US, has so far refused to sign a visa exemption agreement with the Jewish state.

(The above story first appeared on LatestLY on Nov 23, 2020 10:29 AM IST. For more news and updates on politics, world, sports, entertainment and lifestyle, log on to our website latestly.com).