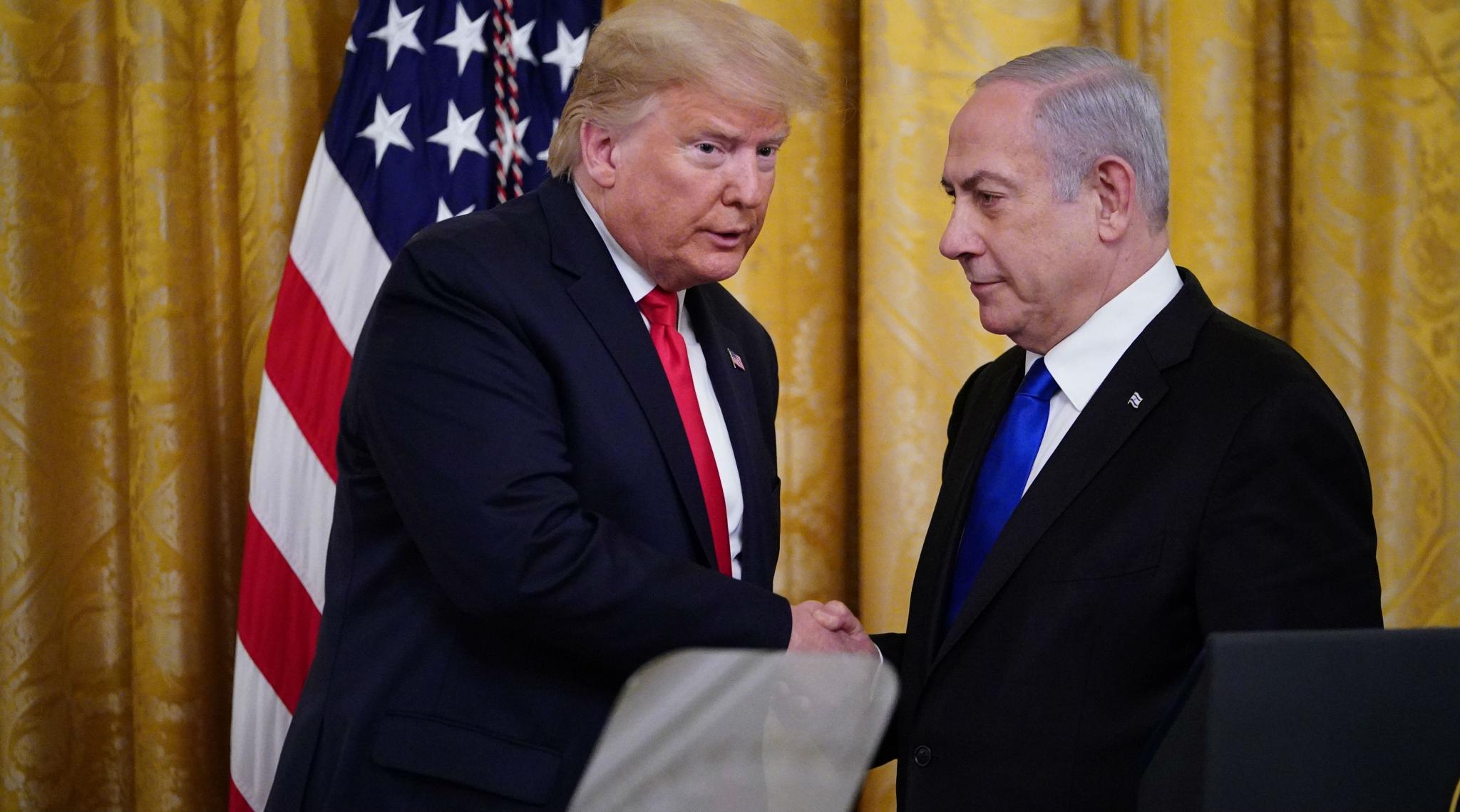 Washington, January 28: President Donald Trump Tuesday unveiled long-awaited details of a US plan for solving the Israeli-Palestinian conflict, warning it may represent the last chance at statehood for the Palestinians.

"My vision presents a win-win opportunity for both sides, a realistic two state solution that resolves the risk of Palestinian statehood to Israel's security," Trump said. The plan was warmly welcomed by Israel's prime minister, who called it a "historic day" for the Jewish state. The plan, Trump said, proposes a four-year freeze of Israeli development in the area eyed for a future Palestinian state. "Jerusalem will remain Israel's undivided, very important, undivided capital," Trump stressed.

But the plan would also provide the Palestinians with a capital in occupied East Jerusalem, he said, while indicating that the West Bank would not be cut in half under the plan.

"We will also work to create a contiguous territory within the future Palestinian state, for when the conditions for statehood are met, including the firm rejection of terrorism," Trump said as he called on the Palestinians to turn their back on the radical Hamas movement. India’s Clear Message to Donald Trump: No Role for Third Party on Kashmir Issue.

Calling it a "historic opportunity" for the Palestinians to achieve an independent state, Trump said he had written Tuesday to Palestinian president Mahmud Abbas to enlist his support for the plan. No Palestinian official was present at the launch although the ambassadors from three Arab nations -- Oman, the United Arab Emirates and Bahrain -- were at the White House.

"I explained to (Abbas) that the territory allocated for his new state will remain open and undeveloped for a period of four years," Trump said. "This could be the last opportunity they will ever have." "Palestinians are in poverty and violence, exploited by those seeking to use them as pawns to advance terrorism and extremism," the president added. "They deserve a far better life."