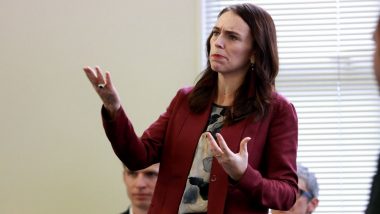 New Zealand, September 17: New Zealand has slipped into recession after its June Quarter GDP fell by 12.2 per cent. The period covers the months of the end of March and mid-May when the whole country was in the middle of level 4 and level 3 lockdowns. It's the second-straight quarter of negative growth, the technical definition of entering a recession.

According to reports, New Zealand is one of the last developed countries to calculate the decline in its second-quarter GDP. The average fall in GDP across the OECD has been 10.6 per cent. Worst hit has been the UK, where the economy slumped 20.4 per cent during the same period. Stats NZ senior manager Paul Pascoe confirmed the 12.2 per cent fall in quarterly GDP was by far the largest since comparable records started in 1987. UK Slips to First Technical Recession As Economy Shrinks 20.4% in Q2.

Due to the lockdown, severe industries were affected, like retail, hotel,  restaurants, and transport saw significant declines in production because they were most directly affected by the international travel ban and strict nationwide lockdown.

(The above story first appeared on LatestLY on Sep 17, 2020 07:29 AM IST. For more news and updates on politics, world, sports, entertainment and lifestyle, log on to our website latestly.com).