Pakistan to Use Taliban in Seeking US Support to Get Out of FATF Grey List, Says Source

With the help of the Taliban in Afghanistan, Pakistan is contemplating to seek US support in getting delisted from the grey list of the anti-terror watchdog Financial Action Task Force (FATF). 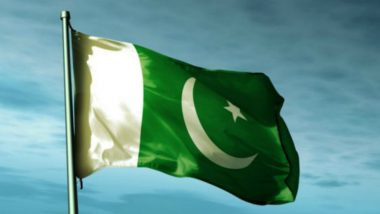 New Delhi, Sep 2: With the help of the Taliban in Afghanistan, Pakistan is contemplating to seek US support in getting delisted from the grey list of the anti-terror watchdog Financial Action Task Force (FATF).

Pakistan will be using its influence over the militia such as Haqqani network, Al Qaeda cadre which have become the major constituents of the Taliban forces to push Afghan leadership to seek support of the US for this purpose. Taliban Takeover of Afghanistan Could Inspire Extremist Violence in US: Report.

The Taliban leadership understands the role of Pakistan in handling different components of the Taliban militia as most of them are being controlled by them and also shepherding them to accept what would be offered to them in the proposed coalition government, a source aware of these developments said.

The Pakistan leadership will also be using the recent bomb attack on the Hamid Karzai international airport, which was claimed by IS-KP, as an opportunity to project that along with the Taliban, it was an indispensable partner for the US to tackle the emerging IS-KP threat.

"Pakistan has to show some progress, even cosmetic, before the forthcoming face-to-face meeting in September. This is necessary so that enough momentum is built in favour of Pakistan in the run up to the FATF session in coming October", some experts observed.

However, the former diplomat Anil Trugunayat said that Pakistan's supported groups such as Haqqani Network have been sanctioned by many countries of the world.

The former president and vice-president of Afghanistan had accused Pakistan that it had sent over 10,000 trained fighters to Afghanistan to fight against the former Afghan military and they are still there, he further said.

"The FATF organisation could not sanction Pakistan under 'Black List' because the US, China, Russia and even Turkey have used it as a go to country as far as the Taliban and Afghanistan were concerned. The security situation there is in fluid condition as these groups have been fighting for the Taliban militia even now also. So how will Pakistan prove that they do not have connections with these groups", Trigunayat said, adding that Pakistan took some minimal actions as suggested by the FATF's countries.

The FATF grey-listing has caused damage to the tune of 10 billion US Dollar annually to Pakistan and this country hosts one of the largest numbers of UN Listed international terrorists and UN sanction includes assets freeze, travel ban and arms embargo.

As most of the US officials believe that in Afghanistan despite heavy deployment of US troops during the 'surge', the Taliban could not be defeated due to its sanctuaries inside Pakistan. The US has been insisting on verifiable action by Pakistan against key terror operatives under the Pak anti-money laundering regime as a pre-condition for FATF delisting.

These include the key conspirators of the Mumbai attack and also action against Masood Azhar of Jaish-e Mohammad, Zakiur Rehman Lakhvi of Lashkar- e-Taiba. Though Pakistan has proceeded against Lakhvi on charges not connected to the Mumbai attack, it claims that it does not have any clue about the whereabouts of Masood Azhar.

(The above story first appeared on LatestLY on Sep 02, 2021 04:18 PM IST. For more news and updates on politics, world, sports, entertainment and lifestyle, log on to our website latestly.com).