Pakistan: Voting on No-Confidence Motion Against Imran Khan To Be Held on April 3 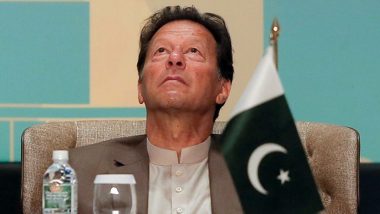 Addressing a press conference in Islamabad, he revealed the much-awaited date, adding that debate on the motion, tabled by Leader of the Opposition in National Assembly Shahbaz Sharif on Monday, will begin on Tuesday. Shahbaz Sharif Tables No-Confidence Motion Against Pakistan PM Imran Khan.

Rasheed said that the final decision would be taken at the last hour, adding that PM Imran Khan will "play"till the last ball. Reiterating his support for the PTI-led government, he stated: "I stand with Imran Khan" and hoped that voting will be held peacefully on April 3.

He also said that the official notification will be issued after the PM accepts the resignation of Punjab Chief Minister Usman Buzdar. "In politics, some people win even after losing," he said. Following the power shows of the government and the Opposition, he said that all containers have been removed in Islamabad and all roads are clear.

The Minister said that as he mentioned earlier Chaudhry brothers are with PTI. He, however, hoped that the MQM-P will soon announce their decision in favour of the government. "Their decision will be a decisive one," he added.

"All those who have planned international conspiracies to remove PM Imran Khan will fail miserably," he said, adding that all eyes are on the Supreme Court's decision, Geo News reported.

(The above story first appeared on LatestLY on Mar 29, 2022 09:48 PM IST. For more news and updates on politics, world, sports, entertainment and lifestyle, log on to our website latestly.com).