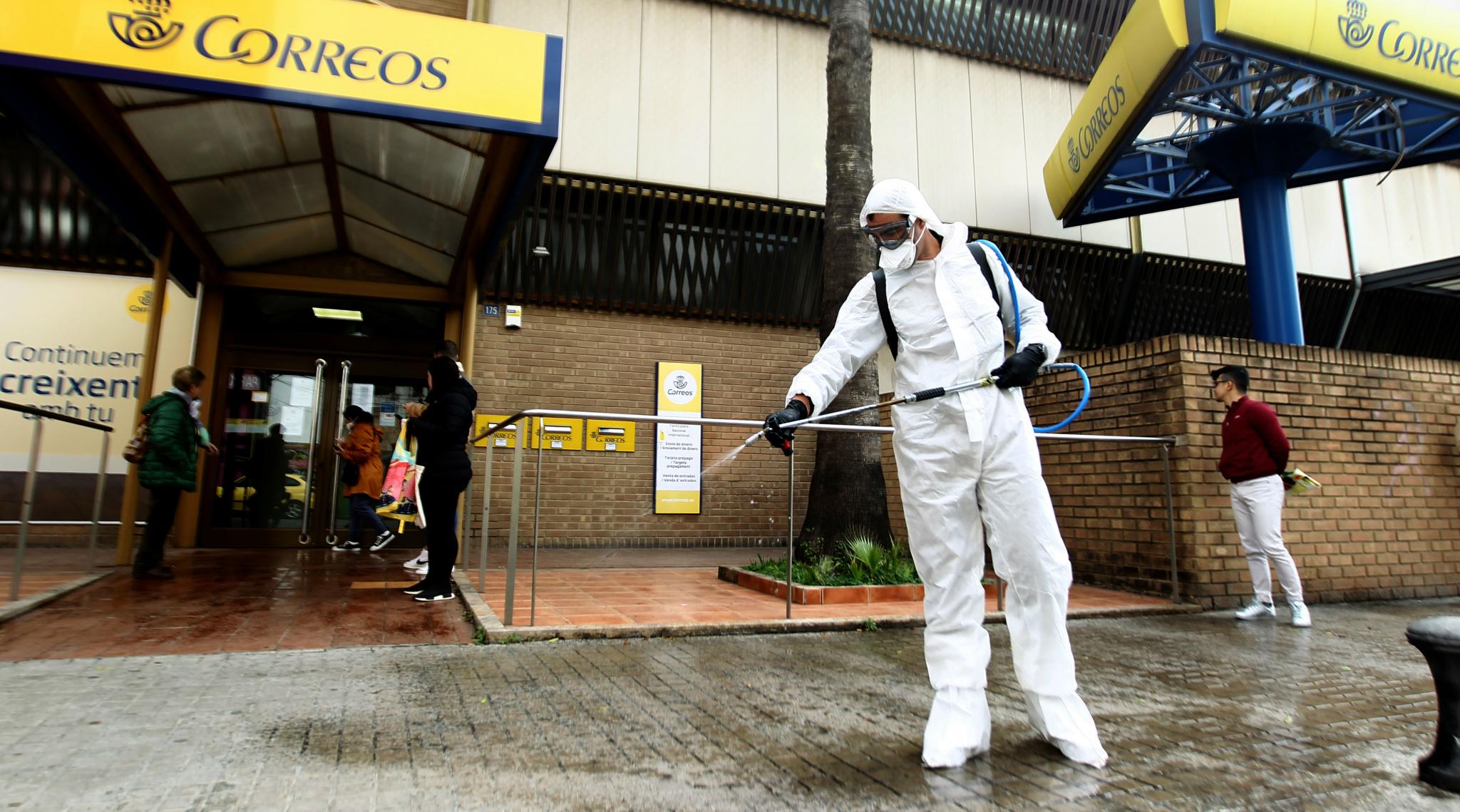 Madrid, April 10: Spain recorded its lowest daily death toll from coronavirus in 17 days, with 605 people dying, the government said on Friday. The update raised the overall number of fatalities to 15,843 in Spain, which has suffered one of the worst outbreaks of COVID-19 in the world, and where the total number of cases now stands at 157,022. Catch live news and updates related to coronavirus outbreak in India and other parts of the world.

Another horror day of the coronavirus pandemic saw the global death toll pass 94,000, although there were tentative signs of hope that the crisis was peaking in the United States and Europe.

The picture of the unfolding economic catastrophe also became clearer with the IMF warning of a Great Depression and data showing 17 million Americans lost their jobs, but a European Union financial rescue package agreement offered some relief to the barrage of bad news.

Another 1,700 people died in the United States on Thursday, while there were hundreds more deaths across Europe, driving the confirmed global toll above 94,000.

Nearly half of all pandemic fatalities have occurred over the past week. But authorities in worst-hit Europe and the United States said a slight decline in daily deaths and infections gave reason to hope the worst could be over.

"The fire started by the pandemic is starting to come under control," said Prime Minister Pedro Sanchez of Spain, where fatalities inched down to 683 from 757 a day before, pushing that country's total above 15,000.

"Our priority now is not to turn back, especially not to return to our starting point, not to lower our guard." France also reported that 82 fewer people were in intensive care for COVID-19 -- the first fall since the pandemic broke out.

And Anthony Fauci, the US government's top pandemic expert, said the United States was "going in the right direction". The US recorded 1,783 deaths in the past 24 hours, according to a tally by Johns Hopkins University as of 0030 GMT Friday, lower than the previous day's record toll of 1,973.

The US has seen more than 16,500 confirmed deaths, the second-highest tally in the world after Italy, and more than 460,000 confirmed cases. In New York, the epicentre of the virus in the United States, only 200 more people entered hospitals, the lowest number since the pandemic struck, even though 799 people died over the last day, Governor Andrew Cuomo said.

"We are flattening the curve by what we are doing," Cuomo said, adding, "We have to keep the curve flat." But he declined to predict how New York would fare in the coming weeks, telling reporters bluntly: "I have no idea."

Further lifting spirits, the health improved of British Prime Minister Boris Johnson, the highest profile of the 1.5 million people infected by the virus, and he ended three days of intensive care. However Britain announced another 881 deaths on Thursday, taking the total to nearly 8,000.

'A Europe that protects'

On the economic front, Europe attempted a fightback with EU finance ministers agreeing in late-night talks to a 500 billion-euro ($550 billion) rescue package aimed at reducing pain across the 27-nation bloc, especially hardest-hit Italy and Spain.

"Europe has decided and is ready to meet the gravity of the crisis," French Finance Minister Bruno Le Maire tweeted after the talks.

He warned earlier in the day that France's economy was expected to shrink six percent this year, even with the country's own 100-billion-euro relief plan.

The US Federal Reserve threw its own fresh lifeline to Americans, with chairman Jerome Powell announcing a $2.3 trillion financing measure "to provide as much relief and stability as we can during this period of constrained economic activity."

The International Monetary Fund said 170 of its 180 members would see declines in per capita income this year -- just a few months after predictions that nearly all would enjoy growth.

And despite hopeful signs in Western nations as well as in China, where the virus was first detected late last year, there are fears the worst is still to come in much of the developing world.

War-torn Yemen, which has been experiencing one of the world's most acute humanitarian crises, on Friday reported its first case. Brazilian authorities Thursday confirmed the first deaths in the favelas of Rio de Janeiro where crowding and poor sanitation have raised fears of a catastrophe.

There are similar fears in India, where hundreds of millions of poor people are becoming increasingly desperate. "I keep hearing that the government will do this and that. No one has even come to see if we are alive or dead," Rajni Devi, a mother of three, told AFP in a slum on the outskirts of New Delhi.

In a move to build international solidarity over the crisis, Germany on Thursday led a videoconference session of the UN Security Council on the pandemic. Secretary-General Antonio Guterres opened the session by calling the pandemic "the fight of a generation -- and the raison d'etre of the United Nations itself."

Guterres appealed for a global halt to conflicts to concentrate on the COVID-19 fight. Saudi Arabia embraced the call by announcing a unilateral pause in its brutal offensive against rebels who control much of Yemen.

US President Donald Trump said he spoke Thursday to Saudi Arabia's crown prince, Mohammed bin Salman, and Russian President Vladimir Putin, and thought they were near a deal to end an oil price war that has thrown further uncertainties into the global economy. OPEC announced Friday that major oil producers except Mexico had agreed to cut output.