Pre-cautionary measures, tracing, tracking and vaccinating remain like a mirage for the Voters and poor people at large. This amounts to serious human rights violation during the pandemic in India, Tripathy contended. 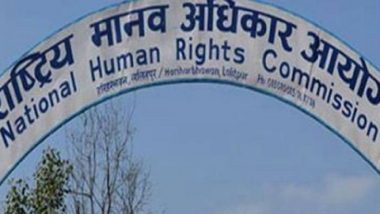 New Delhi, April 10: The National Human Rights Commission (NHRC) has sought for an Action Taken Report (ATR) from the Chief Election Commissioner and the Union Home Secretary over alleged Covid guidelines violation, while the electoral process is still going on in several States and Union Territories in the country.

Acting on the petition filed by noted human rights lawyer and Supreme Court advocate, Radhakanta Tripathy, the Apex Human Rights Panel (NHRC) sought a report from both the authorities within four weeks.

Tripathy pointed out that unregulated election rallies, mass protest and get-togethers frustrates the slogan of "Do Gaj Duri, Mask hei Zaruri" and is responsible for surge of coronavirus in India. Due to the alleged inaction, negligence and failure of the Election Commission of India (ECI) and Government of India and UT governments to check, regulate political and electoral process, especially, corona infections have been increasing and people have been suffering immensely, Tripathy claimed. Assam Assembly Elections 2021: EC Announces Re-Polling in 4 Assembly Constituencies on April 20 After Seizure of EVM from BJP Candidate's Car.

Tripathy said they are subjected to Corona infection due to the alleged failure of the ECI and the State machineries. Pre-cautionary measures, tracing, tracking and vaccinating remain like a mirage for the Voters and poor people at large. This amounts to serious human rights violation during the pandemic in India, Tripathy contended.

Seeking intervention of the NHRC on a war footing, Tripathy stated that more than 41 countries in the world have delayed and post postponed their elections. In India without tracking, tracing and vaccinating the positive patients the Election Commission of India, States and UTs are allowing public gathering in various forms. Even there is no "Do Gaj Duri" in any public gatherings and transport system in Delhi or any other places in India.

After lodging his grievance before the ECI, Tripathy rushed to the NHRC for urgent action over the issue. On earlier occasion use of child labour in electoral process was stopped by similar intervention by Tripathy.

The outbreak of pandemic has a significant impact on Elections. State authorities should either delay and re-schedule the initially planned elections or consider alternative voting processes and procedures to protect voters and election commissioners from spreading the virus at the polling stations (e.g. postal voting, online remote voting etc, Tripathy said.

The ECI has not taken any appropriate steps to ensure safe election from the Covid-19 point of view. The Union Government and the State Governments have notified a limit unreasonably the number of people in funerals, death rituals, a rarest human right ensuring dignity after death, Marriages etc, he said.

However, on the other hand, there is no limit of public gatherings in election rallies at any place where elections, by-election or local body elections across India, he added. Elections are being held in West Bengal, Assam, Tamil Nadu, Kerala and Puducherry, in the country amid rising corona virus cases in India. Voting is going on in five states.

There are night curfew and other methods of restraint by the Governments for public at large to combat spread of Corona but the same goes in vein for elections. This amounts to serious discrimination among Public and right to life have been blatantly violated, Tripathy claimed.

The failure of the ECI and all the State and UT Governments flouts the fundamental rights ensured to every citizen of India under Article 14 and 21 of Constitution of India, he said.Tripathy requested the NHRC to act on a war footing and sought comprehensive report with detailed compilation of the issues as discussed in the Petition, from the Chief Election Commissioner of India, Secretary, Ministry of Home Affairs and Chief Secretaries of all the States and Union territories. West Bengal Assembly Elections 2021 Phase 4: 75.93% Voter Turnout Recorded Till 5:24 PM.

Tripathy sought for an urgent direction to conduct COVID test compulsorily for all the candidates, political leaders (involved in election process), star campaigners, booth agents of political parties, the people and officials involved in the electoral process and ensure appropriate health care initiated to track, trace and vaccinate the participants in the electoral process, he said.

The petitioner also requested the NHRC to ensure compensation for the voters who suffer due to negligence of Election Officials and lack of necessary precautionary measures need.