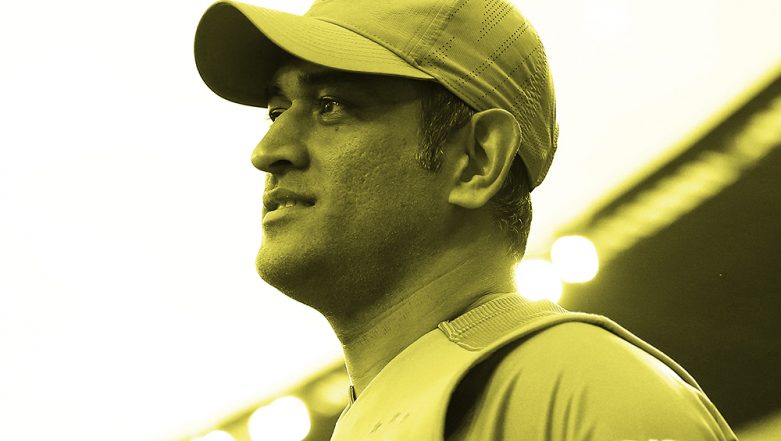 Chasing a below-par score of 71, CSK got off to a bad start as opener Shane Watson was clean bowled by Yuzvendra Chahal. Watson was sent back to the pavilion for a duck.Chahal and Moeen Ali kept on maintaining pressure on the CSK batsman as they were able to keep both Ambati Rayudu and Suresh Raina in check, not allowing them to score freely.

CSK were reduced to just 16 runs in the first six overs. But the batsmen were able to increase the tempo of their innings when Mohammad Siraj came into the bowling attack.Raina was dismissed by Ali for 19 runs as he was looking to end the match in a hurry. Raina with a knock of 19 runs, became the first batsman to complete 5000 runs in the IPL. CSK vs RCB IPL 2019 Stat Highlights: Harbhajan Singh, Imran Tahir Shine as Chennai Super Kings Registers Convincing Win.

Kedhar Jadhav, who came into bat at number four stitched a brief partnership of 19 runs with Rayudu bringing CSK closer to the target. But Rayudu was dismissed for 28 by Siraj, with CSK still requiring 12 more runs to secure a win.Jadeja joined Jadhav in the middle and these two ensured CSK's victory in the 18th over. Jadhav and Jadeja remained unbeaten on 13 and 6 respectively.

Earlier, CSK won the toss and they opted to bowl first.Asked to bat first, RCB got off to a poor start as they lost captain Virat Kohli in the fourth over of the innings. The captain was dismissed by Harbhajan Singh for just six runs.Singh continued to wreak havoc with his bowling as he dismissed Ali (9) and AB de Villers (9) in quick succession.The debutant Shimron Hetmyer failed to put up an impressive show with the bat as he was dismissed for a duck via a run-out. With Hetmyer's dismissal, RCB were reduced to forty for four.

Royal Challengers kept on losing wickets at regular intervals, failing to put up any resistance in the middle. Imran Tahir and Ravindra Jadeja got among the wickets as well on a spinning turf in Chennai.The team was bowled out for 70 runs and Parthiv Patel with 29 runs was the highest scorer for RCB, whereas Harbhajan and Tahir took three wickets each for CSK. Suresh Raina Becomes First Batsman to Complete 5000 Runs in IPL.

This total by RCB was the sixth lowest score recorded by any team in the tournament, the lowest ever score has also been recorded by RCB as they were bowled out for 49 against Kolkata Knight Riders in the year 2017.RCB have now lost their seventh consecutive match against CSK, they last defeated them in the year 2014 at Bengaluru.

Royal Challengers have not won a single match against CSK at Chennai since the year 2008. CSK next take on Delhi Capitals on March 26 at Feroz Shah Kotla Stadium in Delhi whereas RCB will take on Mumbai Indians on March 28 at M Chinnaswamy Stadium in Bengaluru. (ANI)