Johnson, who also serves as the writer on the follow-up, took to Twitter to share an update on the film. 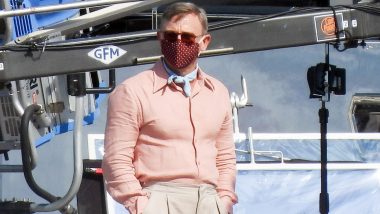 Knives Out 2, the much-anticipated sequel of the hit 2019 murder mystery, has begun production in Greece, director of the film Rian Johnson has announced. Johnson, who also serves as the writer on the follow-up, took to Twitter to share an update on the film. "Aaaaaaaand WE'RE OFF! Day one of filming on the next Benoit Blanc mystery. "Thanks to all the lovely patient people here in Greece for letting us do all this murdering on their peaceful shores (sic)" the director wrote on the microblogging site. Aquaman 2, Knives Out 2 And John Wick 4 Start Filming; All Three Are Expected To Release In 2022.

The sequel was announced in February 2020 and Netflix bought the rights to two sequels for more than USD 450 million in March this year. While the streamer has released some of its prominent titles as limited theatrical releases, it is currently uncertain how the release of the "Knives Out" sequels will be planned.

Scenes From Knives Out 2 Sets

The first set photos of Knives Out 2 are here with Kathryn Hahn, Kate Hudson, and Daniel Craig pic.twitter.com/TRK9ahJgma

Daniel Craig and Kathryn Hahn on Knives Out 2 Sets