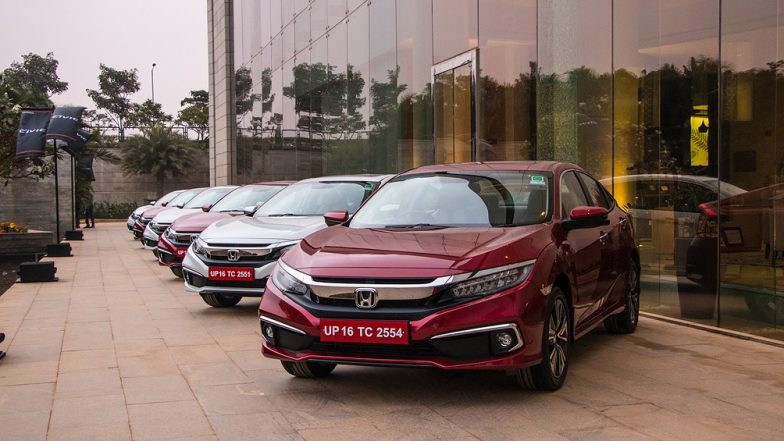 On the exterior front, the Honda Civic 2019 comes with aggressive stance and bold appearance which is underlined by lower grille, LED headlamps, new piano black upper fascia, new bumpers and C-Shaped LED tail lights and much more. Dimensionally, the next generation Civic sedan is longer and wider by 105 mm and 45 mm respectively in comparison to the previous model. The sedan comes with length of 4,656 mm and width of 1799 mm. On the other hand, the wheelbase of the sedan stands at 2700 mm whereas the height of the sedan has been decreased by 20mm to 1433mm.

Under the bonnet, the new sedan from Honda comes with an option of petrol and diesel engines. The petrol unit is a new 1.8-litre iVTEC mill whereas the diesel is 1.6 i-DTEC oil burner. While the former makes 139 Bhp of maximum power with 174Nm of peak torque, the latter is tuned to produce 118 bhp and 300 Nm of peak torque. Transmission duties are carried out by CVT automatic (petrol) and 6-speed manual gearbox (diesel).

With the #AllNewCivic, you won't just go places, but you will make an entrance! #DriveEpic #AllNewCivic