Hold on Guys! The Road for Tata Nano Is Not Over Yet; Will Be Available on Order Basis 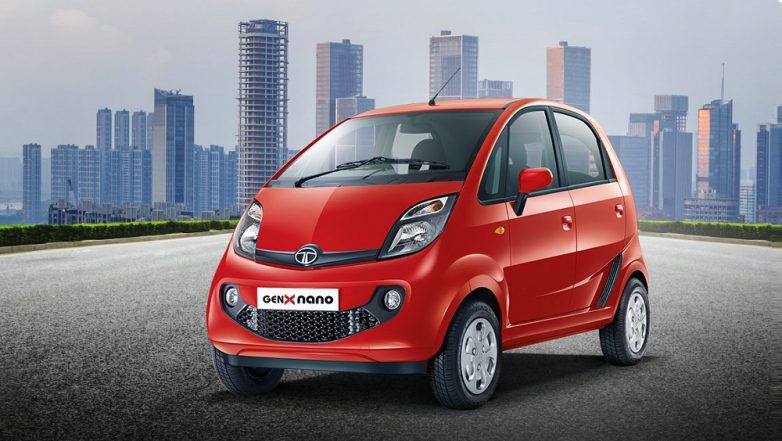 It was almost a decade ago when Tata Motors launched country's most affordable car which is believed to be brain child of Chairman of Tata Sons - Ratan Tata. As per the report from Bloomberg, it was reported that the home-grown car maker has stopped the manufacturing of the Nano small car due to poor sales and continuous decline in the demand. It was also reported that the company manufactured only a single unit of the small car last month in comparison to the corresponding month last year. The company retailed 275 units of the small car last year in June. Tata Nano off the Roads Soon? Only a Single Unit Produced in June This Year!

As Tata Nano holds a special place and an emotional connection, the company previously mentioned that it would continue the production of the vehicle for some more time. The Chakan-based company also stated that Nano plays an essential role in Tata's PV space as it is the only product in the entry level hatchback segment. Tata Nano is not only the most affordable car in the country but also in the world, as it is priced in the range of Rs. 2.25 lakh to Rs. 3.20 lakh.

Disproving such claims, the company affirms that the small car is still an important part of its current product portfolio. And, further mentioned that a mere production drop does not indicate discontinuation of the Nano. Tata Harrier Aka Tata H5X Official Website LIVE; 5 Things to Know About the SUV.

A Tata Motors spokesperson said, "Nano has been an iconic car reflecting the innovative spirit of the company and its leaders. Decisions on product life cycle is a holistic view taken after considering the market developments, regulations and emerging competitive landscape. Any such decisions are announced as and when it's taken. Production planning of a car is a conscious management of demand, system inventory and planned efficiencies. Therefore, speculating on the fate of a car based on a month's production figure is something the company would not like to participate in."