Meet Mei Lu, She Is Creating a New Microbe That Can Eat an Unprecedented Amount of CO2…and Potentially Extend Our Lifespan

Mei is excited to explore the promising signs shown in the mitochondria of YColi-200, and whether those signs may unlock a solution to aging. She is also eager to see YColi-200 get commercialized. She has created an enhanced planting soil that can capture 380% more CO2 than regular soil. She currently has patents approved, a team, and two angel investors backing this startup. 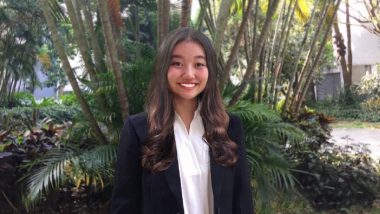 When Mei Lu's research group asked her to look into the masses of leaves in different levels of atmospheric pollution, she had no idea the research would lead to a novel solution to the intersection of two mega problems of the 21st century: aging populations and climate change. 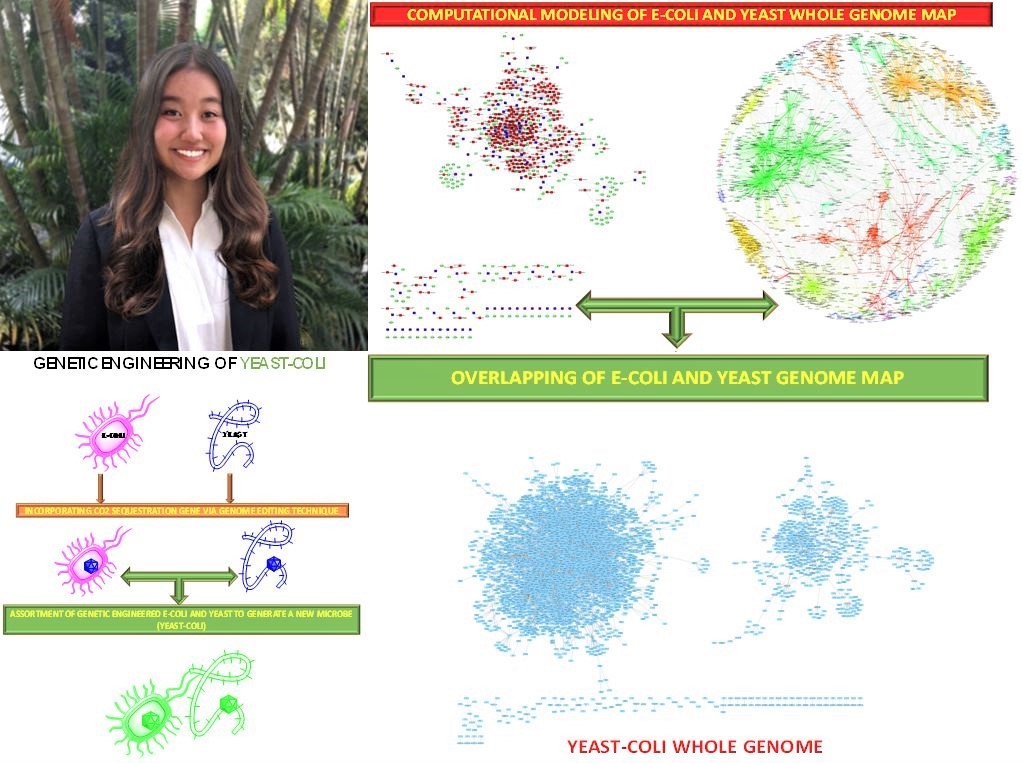 The college sophomore, who's studying economics and biology with a focus on environmental sustainability, was working on a research paper on leaf mass of woody plants in different atmospheric pollution levels, when she noticed that certain types of leaves were more effective at absorbing CO2 than others. Using stochastic simulations—a tool for estimating probability distributions of potential outcomes—Lu was able to find a pattern among the genes carried by the plants that were more effective at eating CO2.

Knowing she was on to something big, Lu examined 60,000 gene candidates, eventually settling on 500 combinations of key genes from various microbes and bacteria that she could test. The goal was to find which genes worked together most effectively to absorb CO2.

The result? Lu created a novel, original microbe that she named YColi-200. The microbe's name reflects its origins in genes from yeast, E. coli and 200 other genes.

To create YColi-200, Lu started with her minimal cell model and used computational gene editing tools such as CRISPR-associated nuclease Cas9 to design the microbe. First, she identified overlapping genes of E. coli and yeast, then she deleted and disabled genes in both E.coli and yeast's mitochondria so they could merge to one microbe. She then added 200 key genes to optimize carbon intake. According to her model's test results, YColi-200 is about twelve times more effective at capturing CO2 than yeast or E-coli on its own. And when measuring the behavior of YColi-200, she noticed unusual behavior that may extend human lifespan.

The newly created mitochondria of YColi-200 produced less reactive oxygen species (ROS) compared to both E. coli and yeast. ROS are a natural by-product of the oxygen-dependent ATP production of our cells' respiratory chain. However, they damage several important cell signaling pathways during oxidative stress and damage DNA, amino acids and fatty acids. This was revealed be one of the main processes involved in aging-related health decline.

YColi-200's low ROS production may be explained by its increased transcription of genes involved in ROS scavenging, increased physiological uncoupling, increased energy metabolism in the mitochondria, and its decreased expression of genes involved in signal transduction, stress response and contractile proteins. All these factors can extend cell lifespan—up to 700x in yeast, as shown by a plethora of studies completed in the past century. Lu is in the process of further practical lab testing to see if these traits of YColi-200 will result in an increased lifespan for her microbe.

The two mega-trends of the 21st century—global warming and aging populations—are not unfolding separately, but in intersection. According to the United Nations, we are entering a century with increased economic pressure to sustain older generations. To avoid economic collapse, we must increase the healthy lifespan of the workforce population. But devastating effects of global warming threaten to lower average lifespans around the world, furthering the trillions spent on curing age related illnesses. According by NCBI studies, almost all costly, incurable diseases from cardiovascular diseases to Alzheimer's are side effects of aging. Protecting and even raising life expectancy will mitigate an impending economic collapse, according to the World Bank.

Mei is excited to explore the promising signs shown in the mitochondria of YColi-200, and whether those signs may unlock a solution to aging. She is also eager to see YColi-200 get commercialized. She has created an enhanced planting soil that can capture 380% more CO2 than regular soil. She currently has patents approved, a team, and two angel investors backing this startup.