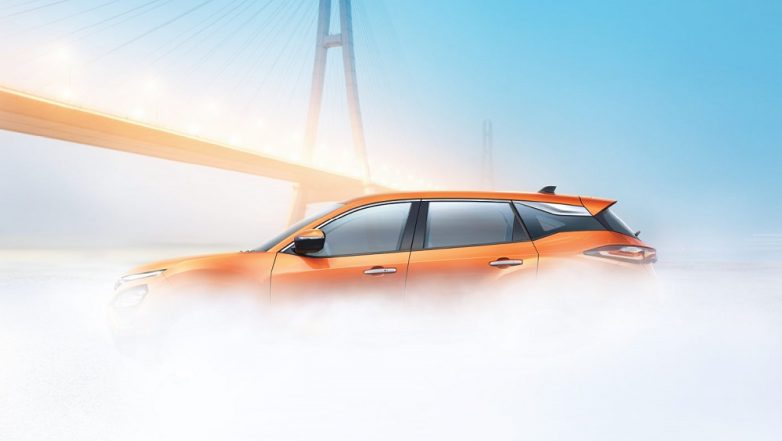 The home-grown automaker, Tata Motors is expected to launch the highly awaited Harrier SUV in India by early next year. However, the 5-seater SUV is rumoured to make its global debut by early December. According to the report from Rushlane, Tata Motors could reveal the much awaited Tata Harrier SUV on the global front by the first week of December. As a reminder, Tata Harrier SUV is scheduled to be launched in the Indian market by early 2019. Tata Harrier Booking Opens Today at Rs 30,000; Launch Date, Price in India, Features & Specifications.

The report from the source also reveals that some Tata dealers will also be delivering the SUV by the end of this year for the ones who have booked its first. However, there is no official confirmation regarding it, and more details are expected to be revealed in the coming days. As a reminder, the SUV was showcased at Auto Expo 2018 in February as Tata H5X SUV alongside Tata 45X premium hatchback. Tata Harrier SUV To Get All-New 2.0-litre KRYOTEC Diesel Engine - Report.

Already available for pre-bookings, the SUV will be built on the Optimal Modular Efficient Global Advanced Architecture platform - a derivative of the L550 platform, which is employed on Discovery Sport. The company has already revealed that the all-new 2.0L KRYOTEC Diesel Engine will power the new Tata Harrier SUV. Foraying Tata's evolutionary IMPACT Design 2.0 philosophy will be the dramatic curves and artistic design of Tata Harrier.

The recently spied interior images of the SUV, which emerged on the internet revealed the 5-seater layout featuring a dual-tone tone scheme. The SUV is expected to come with touchscreen infotainment unit, central armrest, rear AC vents, steering mounted buttons and much more. On the safety front, the 2019 Tata Harrier will be equipped with ABS and EBD as standard fitment along with airbags, hill descent control, traction control and other safety features.