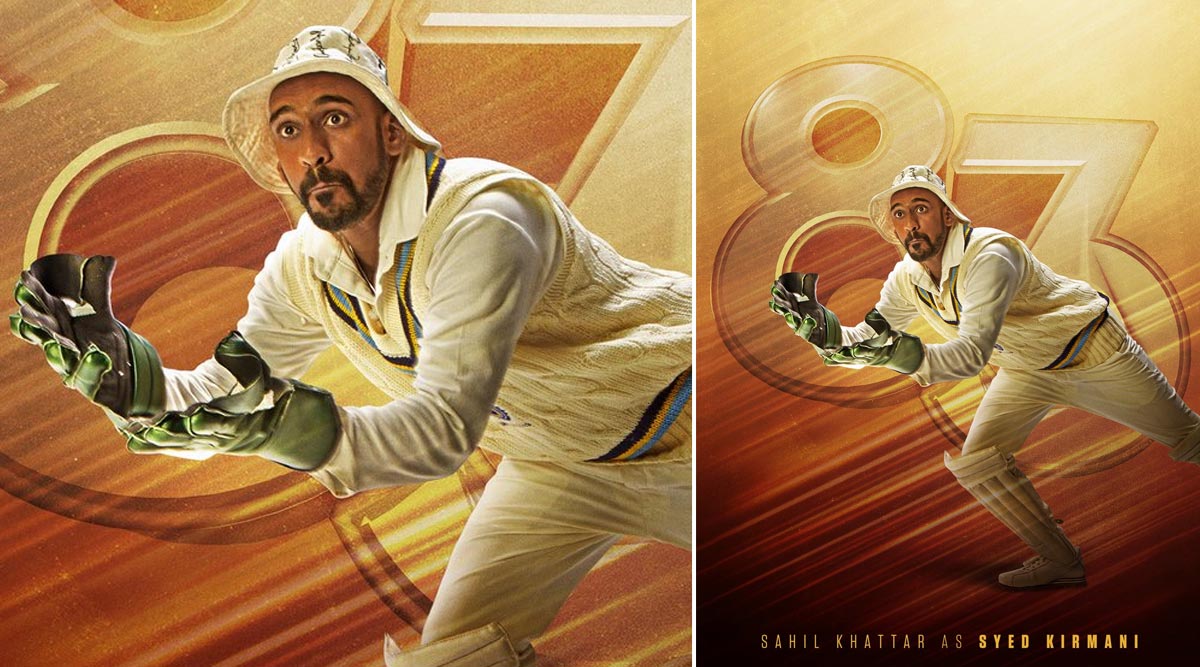 Kabir Khan's '83 is one of the most anticipated film of the year. The makers have been dropping the character poster from the film and have got everyone excited for it. The film which revolves around the Indian Cricket team lifting their first-ever World Cup in 1983. While the film stars Ranveer Singh in the role of Kapil Dev, it has a series of other actors taking on the key roles from the squad. The new character poster belongs to Sahil Khattar who will be essaying the role of Syed Kirmani. 83 The Film: Meet Harrdy Sandhu as Indian Cricket Team's Dynamic Bowler Madan Lal (See Pic).

We have to say Khattar resembles Kirmani a lot and it certainly looks like it is going to be fun watching him play the legendary wicket-keeper. Sharing his poster, Ranveer Singh wrote, "THE GOLDEN GLOVE Kiri Bhai da Javab nahi! Presenting @issahilkhattar as the one and only SYED KIRMANI !!!" Kirmani is one of the most respected players of Indian cricket was a crucial part of the 1983 winning squad. He is also regarded as the finest wicketkeeper to play for India.

Talking about the film, Kabir earlier said in a press statement, “As a young schoolboy when I watched India win the 1983 Cricket World Cup I had no idea that from that day onwards Cricket in India will change forever. As a filmmaker, for me, the journey to that win, filled with raw energy and sheer passion of that young Indian team, is probably one of the most exciting stories I have worked on."