Ahan Shetty on His Bollywood Debut Tadap: Didn’t Expect So Much Love and Appreciation for My First Film 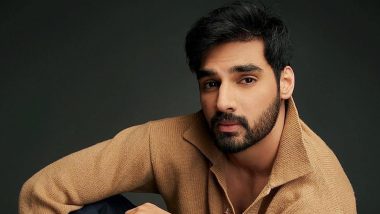 Actor Ahan Shetty, who made his Bollywood debut with the film 'Tadap', found it unbelievable receiving so much love and appreciation for his maiden movie. Ahan recalled the time he received a call from filmmaker Rakesh Roshan praising his performance. Tadap Movie Review: Ahan Shetty and Tara Sutaria Kiss But Don’t Make Up in a Love Story More Toxic Than the Delhi Air (LatestLY Exclusive).

He said, "In general I was completely overwhelmed, I didn't expect so much love and appreciation for my first film. I remember the day the trailer released, Rakesh Roshan sir was the first person to call and congratulate me, he said I had a bright future ahead and that he was looking forward to seeing my film. Tadap: Athiya Shetty, KL Rahul Attend Together the Premiere for Ahan Shetty's Debut Movie (View Pics).

"That phone call was so special coming from someone who is a legend in our industry." 'Tadap' also stars Tara Sutaria, Kumud Mishra and Saurabh Shukla. It follows the story of a guy hopelessly in love, who turns vindictive along the course of the film after being abandoned.

(The above story first appeared on LatestLY on Jan 27, 2022 09:31 PM IST. For more news and updates on politics, world, sports, entertainment and lifestyle, log on to our website latestly.com).