Asked about what is the one thing he misses the most since he started grabbing the spotlight as a singer from a young age and Armaan said, "Well, popularity and recognition that I have got for my music is a blessing so I have no problem at all in few things of restrictions that come along with celebrity status. 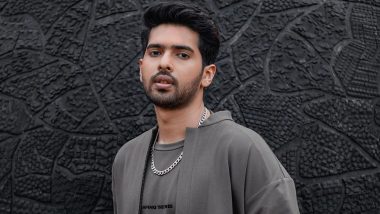 As singer Armaan Malik has received positive responses for his latest English single 'You', he says for a love song, he looks for its archival value more than instant gratification. Known for delivering several superhit songs be it in films as a playback singer and in several music videos as an independent artiste, Armaan managed to gain and maintain a strong fan following in the past 15 years. Armaan told IANS: "There are two kinds of music that happen, one is those party songs, seasonal where we look forward to the fact that post the release of such dance numbers if instantly those songs are becoming party anthem...there we look for fast pick up of those songs. Armaan Malik: Artistes Shouldn’t Lose Their Art While Looking for Numbers.

"But when it comes to my romantic songs, I look for its archival value, its longevity, rather than instant gratification. For instant 'You' is a song that I have been working for the last 2 years. It's a simple love song but every time you listen to it, I want my listener to fall in love again, one more time. It is that feeling post listening to the song, that I want to achieve as an artiste." He went on adding, "Such impact takes little more time to come but it is longlasting. That is the kind of validation I want from my fans." Armaan Malik: The Race for Views, Likes and Streams Is Killing the Artist and the Art.

The song 'You' is sung by Armaan. The lyrics are written by Jack Edwards, Natania Lalwani and Felicia Ferraro. The video of the song also featured Emma Declercq along with Armaan. Starting his career in music at a very young age of 10, he made his debut in Bollywood singing with the song 'Bum Bum Bhole' in 2007 for the film 'Taare Zameen Par'.

Asked about what is the one thing he misses the most since he started grabbing the spotlight as a singer from a young age and Armaan said, "Well, popularity and recognition that I have got for my music is a blessing so I have no problem at all in few things of restrictions that come along with celebrity status. Yes now I am more comfortable with attention but earlier when I was just 20 or 21 years old, when guys of my age can do whatever they want, I was only focusing on music and living a very disciplined life because honestly, I worship my music.

"I don't know anything other than my music, this is the most important thing. If any small things that I can't afford to do...it would be shopping, eating outside etc without getting noticed. For instance, I love eating Gujarati thali. Every time I had my live gig in Ahmedabad and post that if I want to take a walk, walk in to a small thali place to eat food and chill, people will be around...it makes me conscious. I know they love me and the attention they give me but these are the small joys that at times get restricted but it's okay. I am comfortable with attention." The song 'You' is available on YouTube and all streaming platforms.

(The above story first appeared on LatestLY on Jan 13, 2022 10:31 PM IST. For more news and updates on politics, world, sports, entertainment and lifestyle, log on to our website latestly.com).