Did IIFA 2020 Organisers Goof-Up The Names of Batla House Technicians For Their Entries in the Technical Award Categories? 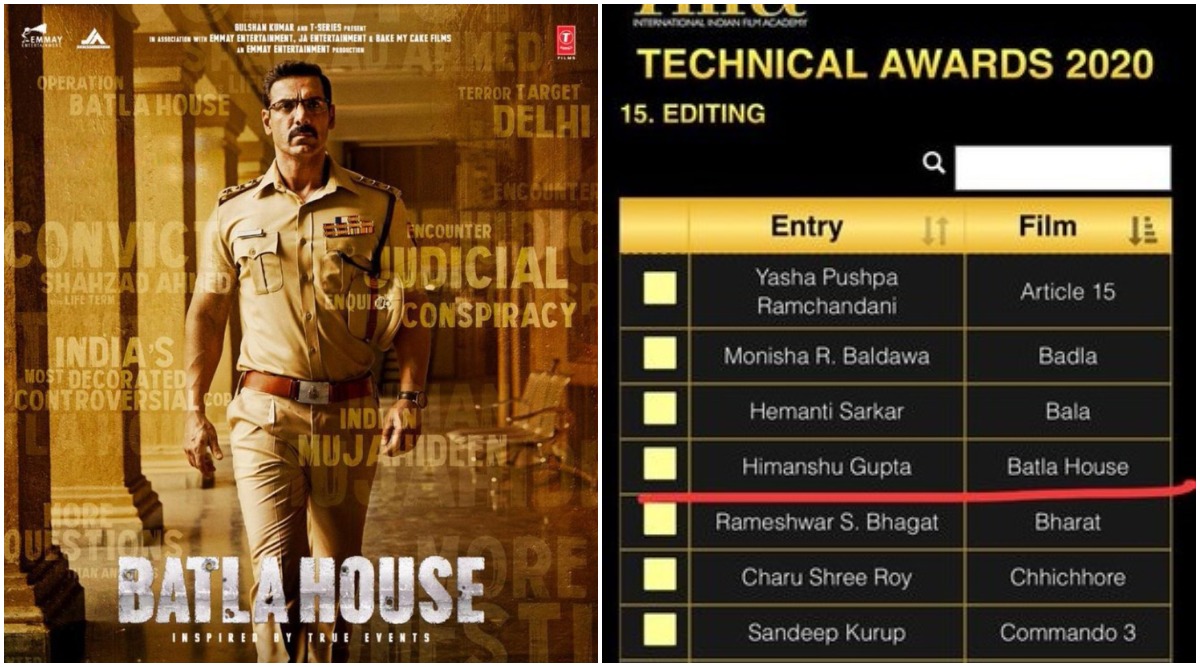 Did IIFA 2020 Organisers Screw Up the Names of Batla House Technicians for Their Entries in the Technical Award Categories?

After the 65th Filmfare Awards, now it is the turn of the International Indian Film Academy Awards (IIFA) 2020 to face some heat. That too, even before it got to announce its nominations! Apparently, the award ceremony organisers screwed up the names of the technicians working on Batla House in their poll for IIFA 2020 Technical categories nominations, which was pointed out by Maahir Zaveri, the editor who worked on the John Abraham-starrer. Salman Khan and Jacqueline Fernandez Kickstart IIFA 2020 Press Conference In MP Chief Minister Kamal Nath's Presence (View Pic).

That's not the only screw-up. Maahir also shared another screenshot where the name of the cinematographer of Batla House, Saumik Mukherjee, was replaced with Megha Salvi, another person's whose camerawork we are unable to associate with any film that came out in 2019. Batla House Movie Review: John Abraham’s Real-Life Based Thriller Is Too Convoluted and Long to Make an Impact.

Check Out Maahir Zaveri's Tweets on the Same:

And while we're at it, Meghan Salvia didn't shoot #batlahouse Soumik Mukherjee did. You guys need to fact check. pic.twitter.com/DMnprjd1Qp

Maahir, in a reply to our story, mentioned that the poll was part of a private link sent to members of the industry so that they can vote. This is the reason why LatestLY was not able to access the link.

Hey! So the reason I'm assuming you couldn't find that page was because it's a private link is sent to members of the industry so that they can vote. It's only when I opened the link and was voting did I come across @IIFA faux pas and their absolute disregard for authenticity.

At the time of writing this article, director Nikkhil Advani and lead actor John Abraham are yet to react on this.

We are quite curious to know the reason behind this animosity of IIFA towards Batla House, considering they didn't erroneously credit the technicians of the other films. Whatever the case may be, Welcome to New York still remains the event's biggest screwup!