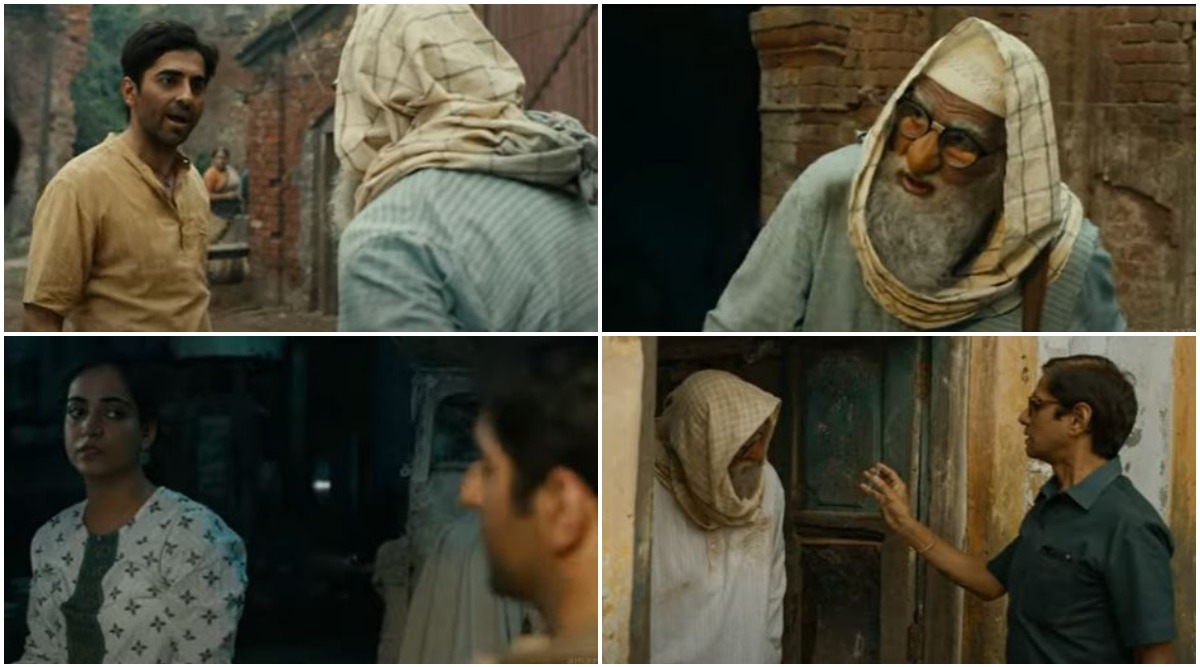 For the first time, Amitabh Bachchan and Ayushmann Khurrana are working a movie together in Shoojit Sircar's slice-of-life comedy, Gulabo Sitabo. Sircar had worked with each of the actor separately before - launched Ayushmann as an actor in Vicky Donor and worked with Amitabh in Piku (there was also the unreleased Shoebite). The director, who hasn't turned out a bad film till now, has definitely made something special with both these actors, at least that's what the trailer is telling us. From Gulabo Sitabo to Shakuntala Devi, 7 Films Confirmed For a Straight to OTT Release (Read Deets).

Contrary to expectations, Ayushmann and Amitabh's characters aren't related in the film, but they are neighbors. Or rather, Ayushmann's character is a tenant living in one of Amitabh's character's houses. And they are never on good terms with each other. From stealing bulbs to trying to evict the tenant, their banter is quite fun to watch. And yes, there are goats!

Gulabo is a grumpy old loner, while Sitabo seems to be stuck in an unhappy marriage. Big B looks to be in great form here as the geriatric, with his makeup, body language and dialogue delivery all impeccable. There is also Vijay Raaz and Brijendra Kala, whose presence can enliven even average stuff.  Abhishek Bachchan Reminds Sujoy Ghosh Of Bob Biswas After Director Calls Amitabh Bachchan’s Gulabo Sitabo The Best Film Of The Year.

Looks like Shoojit Sircar really wants to puts his stakes of being the Hrishikesh Mukherjee of our generation.

Gulabo Sitabo is written by Juhi Chaturvedi who has also written Sircar's October. The movie recently made news for taking the bold decision of going straight for an OTT release. Gulabo Sitabo will be released on Amazon Prime Video on June 12, 2020.