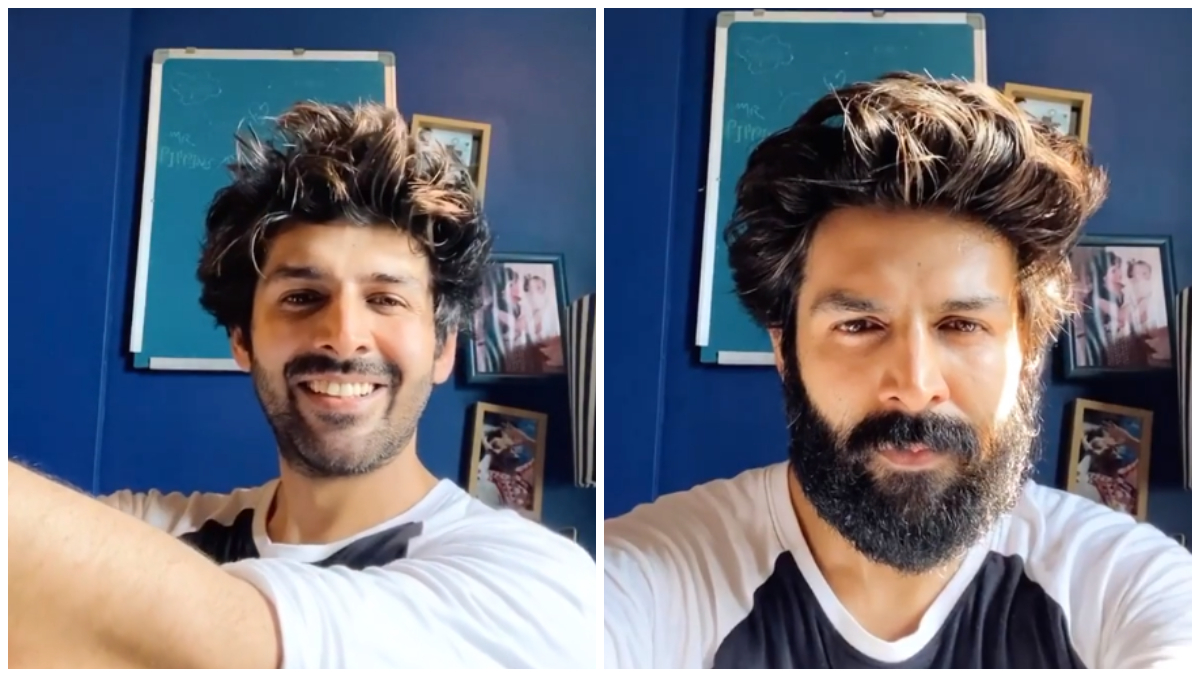 Just a day ago, Deepika Padukone had voted for Kartik Aaryan to shave off his beard. You see, during the lockdown, the Sonu Ke Titu Ki Sweety actor had grown his beard exceptionally. His joked on an Instagram LIVE that his family members have refused to give him food until he gets rid of his facial hair. Deepika was there on the live chat asking him to do it, along hundreds of fans. Well, well, well, Kartik has listened to us all and...trimmed his beard to a sexy stubble. We agree he did not go clean-shaven, which many were hoping, but we will let this one go.

But, Kartik's mother had a rather bigger role to play in getting rid of his beard than Deepika. Kartik made a little joke out of how his mother asked for his beard and he gave it to her. "Mummy Sahi Khel Gayi..," he captioned the face-reveal post. Kartik Aaryan Gets Scolded by His Mom for Not Posting a Selfie With Her on Mother’s Day (Watch Video).

Kartik's social media during the lockdown has been thoroughly entertaining. He is one of the rare celebs who made something better out of this lockdown. Along with entertaining videos, Kartik also hosted a chat show, Koki Poochega.