The ongoing global crisis has had a severe impact in the show business. As the release of the films had to be delayed further as cinema halls are closed and shootings of films and other shows had to be suspended, there has been major losses. Due to this lockdown, there are several employees, daily wage workers, artistes and technicians who have not received their dues. The Indian Motion Picture Producers’ Association aka IMPAA has issued a statement and requested all producers to clear the dues on an immediate basis. Hrithik Roshan Donates Rs 25 Lakh to Cine and TV Artistes’ Association to Support the Daily Wagers.

The statement issued by IMPPA read, “As all members are aware that the situation of daily wage workers, technicians and artistes who have not yet been paid the dues for their working for our members has become very serious due to further extension of the lockdown by the Government. We are aware that our members are also having liquidity crunch and are facing difficulties, but on humanitarian ground, we request all our members who have taken work from any of their employees, daily wage workers, artistes and technicians for any of their productions to clear their dues as much as possible as they are more vulnerable in these trying times and to ensure that they get enough money to fulfil their daily needs. All members are requested to do the needful and pay the dues of their employees, daily wage workers, artistes and technicians as soon as possible to enable them to survive with dignity in these difficult times.” CINTAA and FWICE Plan To Resume Shoots From June End. 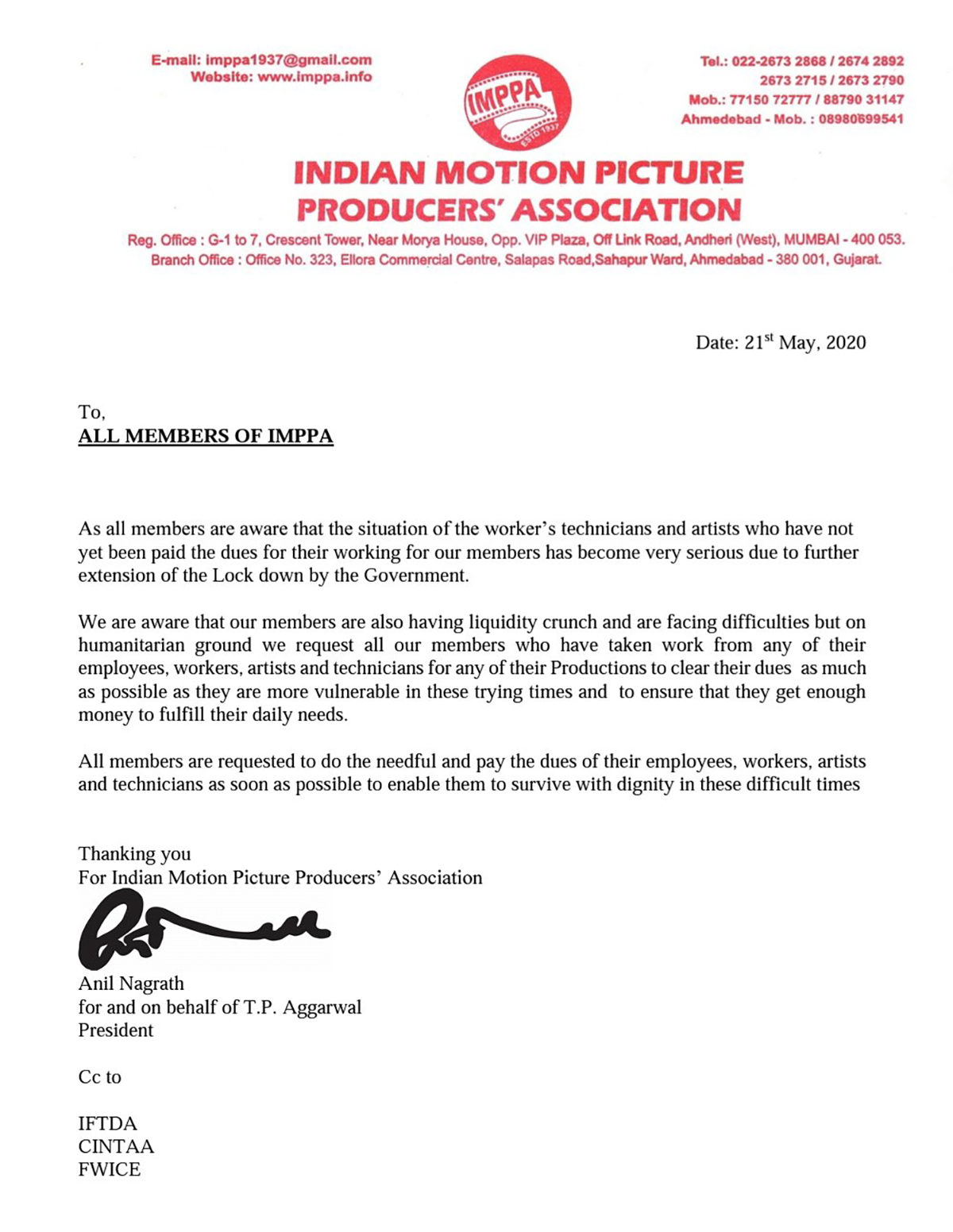 There are many filmmakers and producers who are expecting that the shooting and post-production activities who soon be resumed. Maharashtra’s CM Uddhav Thackeray told representatives of the showbiz industry, “The government would consider an action plan on how shooting and post-production activities can be resumed in a limited way by adhering to social distancing and other norms.” India is currently under the fourth phase of lockdown with selective relaxation in non-containment zones. Stay tuned for further updates!