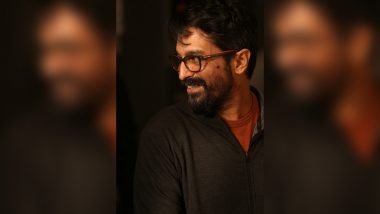 Filmmaker Raja Krishna Menon is gearing up for his next film, the war action drama titled Pippa, and he says there is a marked line separating patriotism, nationalism and jingoism as portrayed on screen. "I think defining patriotism is important, and there is a fine line between patriotism and jingoism. Patriotism comes from love for your motherland, for the place that you come from, and it holds a sense of belonging. It does not come by hating a community or people or land. It has to be about love and not about hate. For me, my love for my country is not about my hate towards others," Menon told IANS. Pippa: Ishaan Khatter Roped in to Play the Lead in Raja Krishna Menon’s War Drama

Considering the fact that we are living in effervescent socio-political times, when nationalism is a sensitive topic, how do films play a role in influencing people? Menon, who made a mark with his 2016 release "Airlift", said: "I do not think it is about socio-political times, I think it is about the choices we make. Living in an age of information and technology that we use excessively, our mind is filled with knowledge that is good, bad and ugly." Karan Johar Returns to Instagram After Two Months Break; Filmmaker Pens an Independence Day Post

He recalled an incident from his "Airlift" days: "I remember when I went to a theatre to check reaction after the release of 'Airlift', the entire audience stood up in the last few minutes, as if what happened on screen was their achievement! I think with films, we can penetrate some kind of collective consciousness."

His take on patriotism is clear: "Patriotism is about a sense of achievement on real issues -- of good roads, clean drinking water, employment, social harmony, saving the lives of people. War is dark, the business of war is darker. For me, therefore, patriotism is about feeling proud of my nation. That pride comes from our achievement, not from hatred towards others," the filmmaker signed off. Menon's upcoming film "Pippa" stars Ishaan Khatter in the central role, and is produced by Ronnie Screwvala and Siddharth Roy Kapur.

(The above story first appeared on LatestLY on Aug 15, 2020 06:06 PM IST. For more news and updates on politics, world, sports, entertainment and lifestyle, log on to our website latestly.com).