OH NO! Rajinikanth and Akshay Kumar's 2.0 Release Date Pushed to 2019? 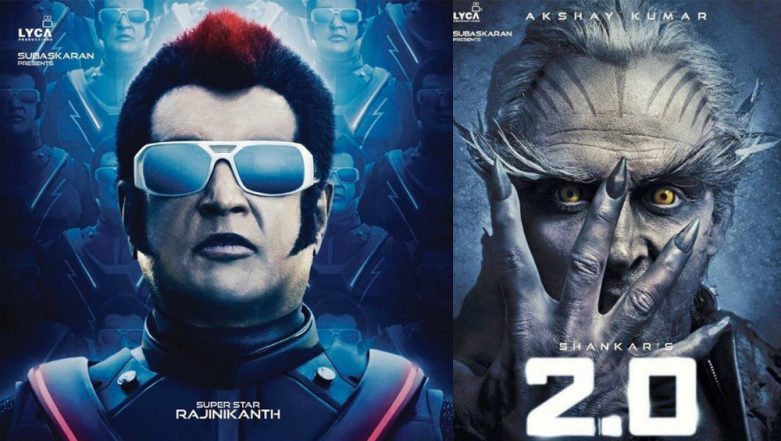 Will this movie ever release? It is quite frustrating to hear that the much-hyped 2.0 is suffering from delays so much that we have lost hope that the sci-fi movie will ever release. The sequel to the 2010 hit, Enthiran, has Rajinikanth in a dual role of a scientist Vaasegaran and his robot gone rogue called Chitti. Akshay Kumar was supposed to make his South debut with this film, playing the main villain, while Amy Jackson was the female lead. 2.0 is directed by Shankar, who is known for making big budget movies.

2.0 was speculated to release on August 15, which is not going to happen, if you believe a report in Bollywood Hungama. A source close to the project revealed, "With the amount of VFX work on 2.0 that is still pending there is no way the makers will be able to release the film this year. In fact, the producers are currently working out a perfect release date for the film that will now hit screens in 2019 and an announcement of the same will be done in the last quarter of the year."

The source further added, "By this year-end, the makers of 2.0 are looking at completing the majority of the VFX work but this constant delayed has created yet another problem and this time it is the budget that has gone haywire."

2.0 was touted to be India's most expensive movie, with special effects on par with that of Hollywood movies. And it is precisely that what is causing delays in the post-production of the movie. 2.0 was supposed to come out last year during Diwali, but it got pushed to Republic Day earlier this year. That never happened. Rajinikanth's Kaala, for which he began shooting for the movie much later than 2.0, finally managed to release on June 15. But 2.0's release still under question. So will Akshay Kumar's Gold come out on this date, now that 2.0 is most probably not coming out on the date?