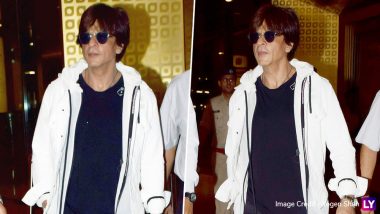 Shah Rukh Khan has slain the fashion world with his cool and charming appeal, and continues to do so. The 53-year-old actor can give the young stars a run for their money, with his ravishing personality and astute attitude. After hitting big headlines for his interaction with David Letterman in New York, the actor is back in town. The actor was snapped outside the Mumbai airport, today afternoon, and his cool look has all our hearts! Shah Rukh Khan Pays a Visit to His First Co-star Rishi Kapoor in the US – See Pics.

In the pictures that floated on the internet today, the Dilwale actor can be seen sporting a black t-shirt and trousers, complementing it with a white shirt and shoes. He is also donning the Shah Rukh Khan Signature sunglasses, and they are just acting the cherry on top.

Here are some of Shah Rukh’s airport pictures:

Can we ever get over the love of Shah Rukh's charming appeal? 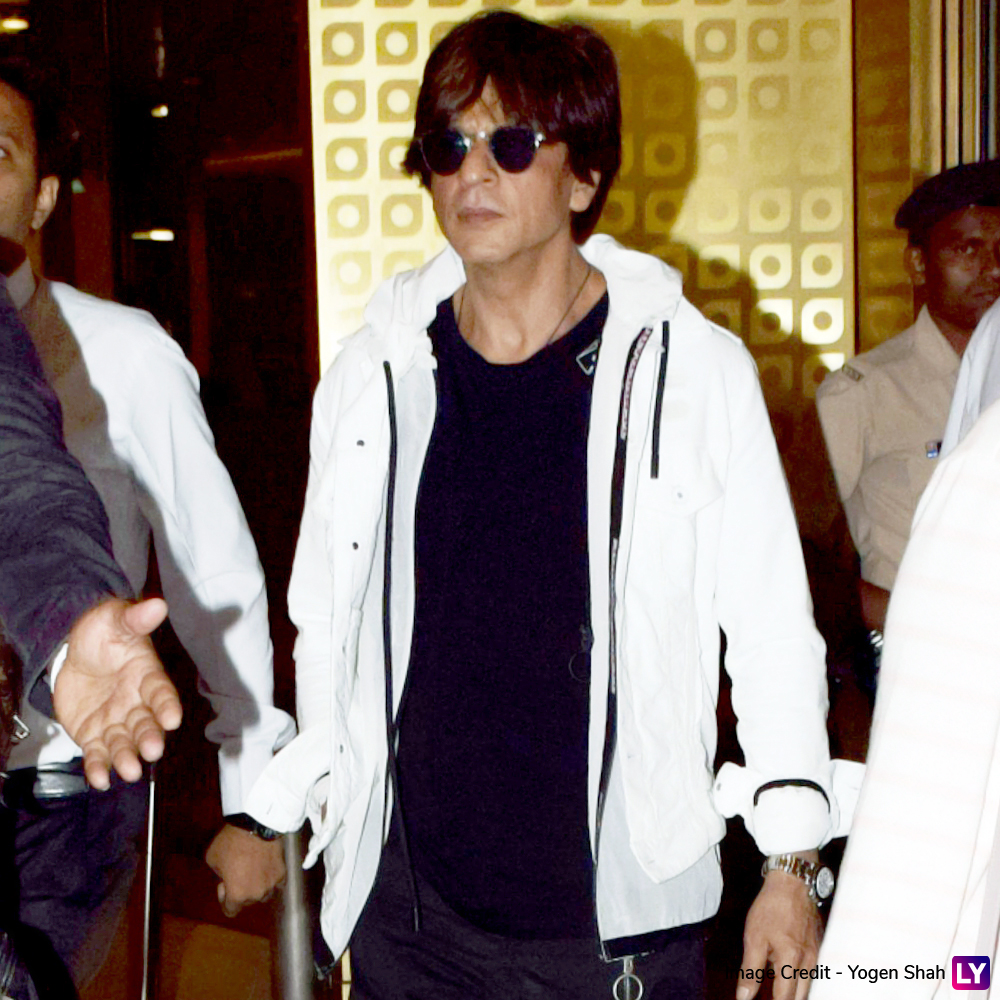 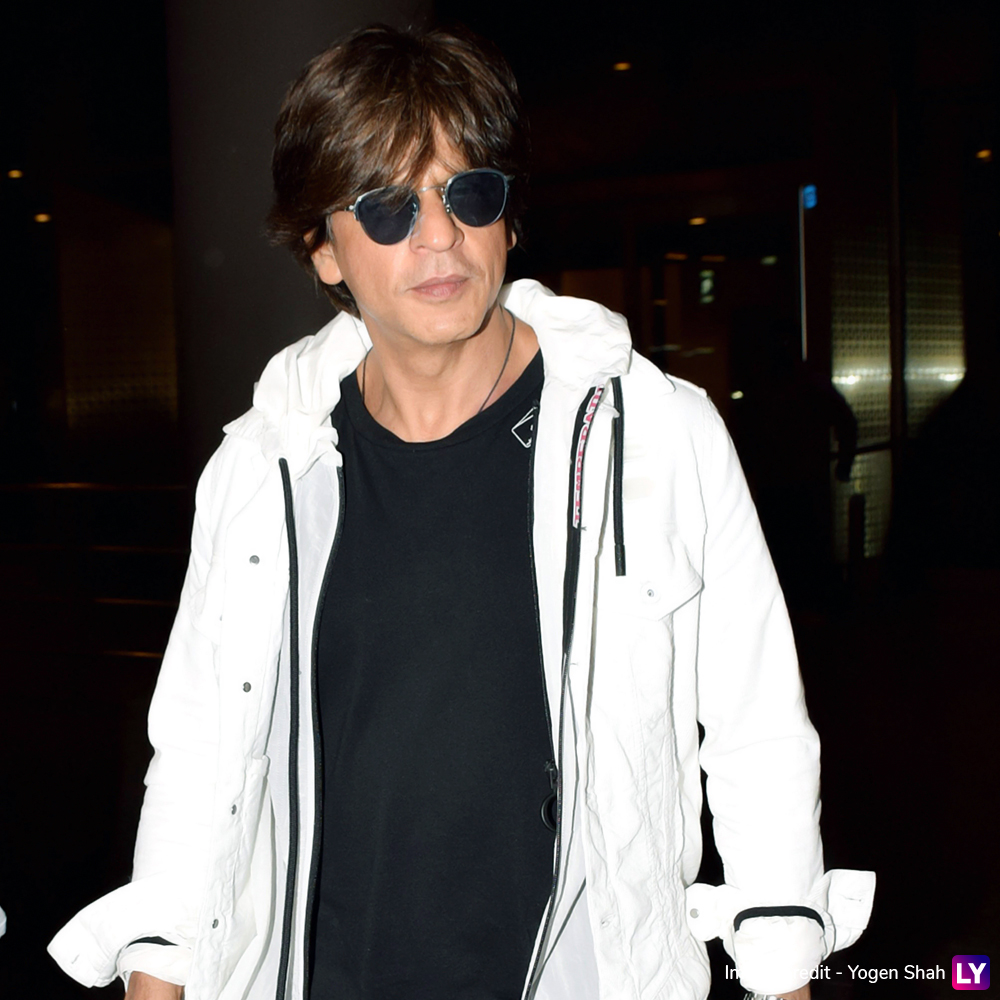 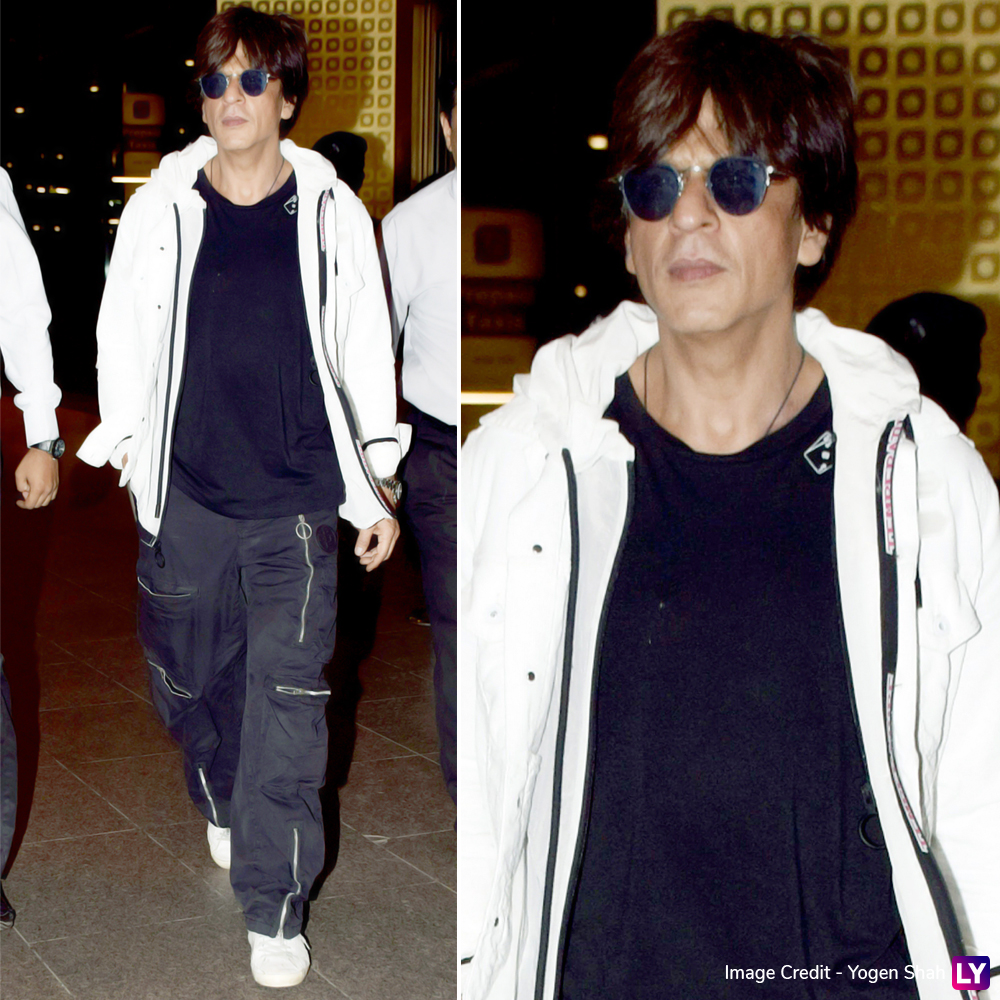 Talking about SRK’s Bollywood front, his last most anticipated Aanand L Rai film Zero failed to mark its grandeur on the audiences and critics alike. The movie also starred Katrina Kaif and Anushka Sharma in the lead roles. Though the movie failed to impress the fans, his character as the dwarf was widely lauded. Any confirmation about his upcoming films has not been made yet. Apart from films, the actor is also invested in many Netflix original series, including Bard of Blood and Class of 83.

(The above story first appeared on LatestLY on May 18, 2019 04:58 PM IST. For more news and updates on politics, world, sports, entertainment and lifestyle, log on to our website latestly.com).