Tanhaji: The Unsung Warrior: Ajay Devgn's Historical Saga Lands in Trouble after a Plea Gets Filed for Not Showing the True Lineage of the Warrior 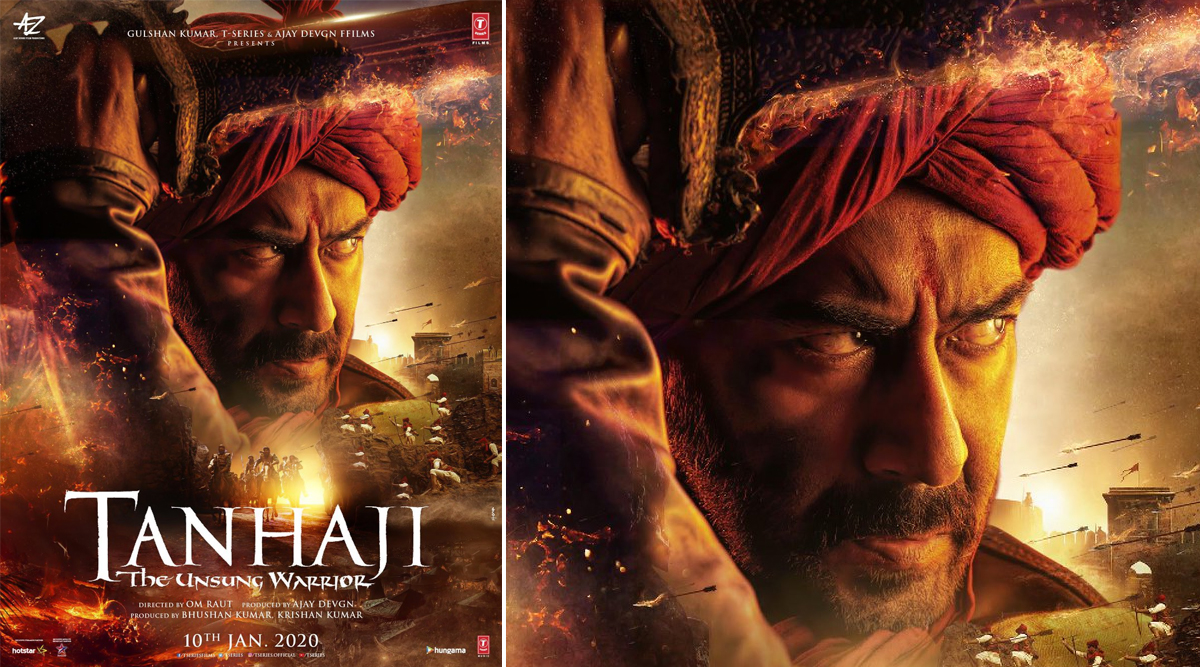 If Padmaavat controversy wasn't enough to make you realise that historical sagas are no longer easy to direct in India, Arjun Kapoor's Panipat debate should solve all your remaining queries. This new Ashutosh Gowariker directorial faced protests over the wrongful portrayal of Jat ruler, Maharaja Surajmal in the movie. The movie was definitely not the last name when it comes to being the victim of patriotism. The next big release to follow the suit is Ajay Devgn's Tanhaji: The Unsung Warrior. Fresh troubles are brewing in for the actor after a plea got filed in the Delhi High Court for not showing the true lineage of the warrior. Exclusive! Tanhaji Malusare’s Descendant Reveals How Ajay Devgn’s Look Was Finalised for Tanhaji: The Unsung Warrior.

The plea by Akhil Bhartiya Kshatriya Koli Rajput Sangh, a society, suggests that the director has incorrectly shown Tanhaji belonging to the Maratha community when he, in fact, was a Kshatriya Mahadeo Koli. As per a report in PTI, the plea has claimed that the film, scheduled to be released on January 10, has deliberately concealed the true lineage of Tanhaji for political and commercial gains. The petition further requests CBFC (Central Board of Film Certification) to not grant a certificate to the movie for public viewing until the true lineage of Tanhaji Malusare is corrected in it. MNS Supports Ajay Devgn Starrer 'Tanhaji: The Unsung Warrior'.

According to PTI, the Koli community had sent several representations to the CBFC to ensure the film is not released without showing the true lineage of Tanhaji, but no action has been taken by the censor board yet. We hope the protests don't take a violent turn as in Padmaavat or Panipat's case where protestors vandalised theatres in Rajasthan to display their opposition. Ajay Devgn and director Om Raut are yet to comment on this incident.