Tanuj Virwani Birthday: From Inside Edge to Tandoor – 5 Projects of the Actor That Are Must-Watch!

As Tanuj Virwani celebrates his birthday today (November 29), we take a look at his career's best performances until now which prove he's here to stay and slay. Read on. 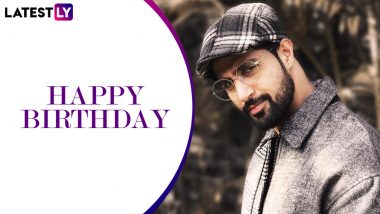 Tanuj Virwani celebrates his 35th birthday today (November 29). Son of yesteryear actress, Rati Agnihotri, he is an incredible artist who has time and again proved his mettle on screen. Every time he appears on the celluloid, he makes sure that he gives his cent percent. The young lad made his Bollywood debut with Luv U Soniyo in 2013 but garnered name and fame after he entered the OTT space. More than movies, he has tried his hands in the web-series space and has shined all the time. He has this spark to his persona that’s rare. And as Tanuj turns a year older today, we would take a look at his careers’ top five performances that are amazing. Tanuj Virwani: Took Some Time to Reboot My Mind After Shooting Tandoor.

Tanuj Virwani’s work is commendable here. It feels like his role as a married man Urvil Raisingh in the film was tailor-made for him. He plays an event manager in the movie who invites mess in life after getting attracted to Sunny Leone and ending up having one nightstand with her.

This 11 episode ZEE5 series has tension, drama, mystery, danger, lust, all packed into one. Virwani portrays the role of a wronged man, Ranveer in this crime thriller and wows with his performance. It’s like after watching him, you definitely want to see more of him.

Jennifer Winget and Tanuj are terrific in this show. Virwani plays Legal Council Angad Sandhu and impresses with his raw acting and proves that he's here to stay. His chemistry with the TV actress is one of the main highlights of the series.

This was the web series that was a game-changer for Tanuj. It gave him the fame he deserved. Virwani’s role as Vayu Raghavan was viewers' favourite as it saw him as a moody, hothead player, and (later) captain of the Mavericks. He appeared in season one and two of the show. Inside Edge Star Tanuj Virwani Directs a Short Film From an iPhone 10 Amid COVID-19 Lockdown.

Starring Tanuj and Rashami Desai in lead roles, this show is inspired by a real event that took place in 1995 which saw a husband killing his own wife and then burning her body pieces into a Tandoor. Virwani as the husband who's shaken and distraught after the crime nails his part. A mush watch!

That’s it, guys! These are some of the actor’s best roles according to us. Also a special mention, he was last seen in Cartel and was immensely praised for his act in the series. Here’s wishing the actor a very happy birthday from team LatestLY.

(The above story first appeared on LatestLY on Nov 29, 2021 08:30 AM IST. For more news and updates on politics, world, sports, entertainment and lifestyle, log on to our website latestly.com).