Tiger 3: Makers Of Salman Khan And Katrina Kaif Starrer To Shoot The Film In Istanbul And Not In UAE?

One of the most favourite jodis of Bollywood, Salman Khan and Katrina Kaif, the duo is all set to reunite once again with the third installment of Tiger. 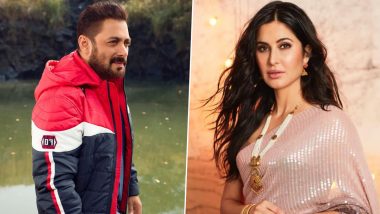 One of the most favourite jodis of Bollywood, Salman Khan and Katrina Kaif, the duo is all set to reunite once again with the third installment of Tiger. Directed by Maneesh Sharma, reports are rife that Tiger 3 is mounted on a lavish scale. While the official announcement of the shooting of the film is yet to take place, speculations are doing rounds citing that the makers of Salman and Katrina starrer are considering to begin the shoot in Istanbul and not in UAE. Tiger 3: Shooting Of Salman Khan And Katrina Kaif’s Next Film To Commence From March 2021?

It was just two months ago when reports had hit the internet that the shooting of Tiger 3 will take place at exotic locations and one among them happens to be the Middle East. Now a trade source has revealed to Mid-Day that due to the rising number of COVID-19 cases in the UAE, the team is reconsidering about the film’s location. The source was quoted as saying, “Having ensured that the pre-production began last December, Adi wants to begin the film on schedule. Since the UAE is witnessing a spike in cases, Maneesh and he are now discussing the possibility of heading to Istanbul first and wrapping up the required portions with Salman, who has given his bulk dates from March.” From Radhe to Tiger 3, Salman Khan To Have 4 Back-to-Back Films Releasing in 2021?

“The Yash Raj Films’ production team, which had gone to Dubai and Abu Dhabi for Pathan’s recce last month, stayed on for Tiger 3. Simultaneously, another batch is scouting for locations in the Turkish city. The director-producer duo will take a final call basis the feedback of these teams,” the trade source further stated. Tiger 3, bankrolled by Aditya Chopra, is produced under the banner of Yash Raj Films.

(The above story first appeared on LatestLY on Feb 08, 2021 09:28 AM IST. For more news and updates on politics, world, sports, entertainment and lifestyle, log on to our website latestly.com).