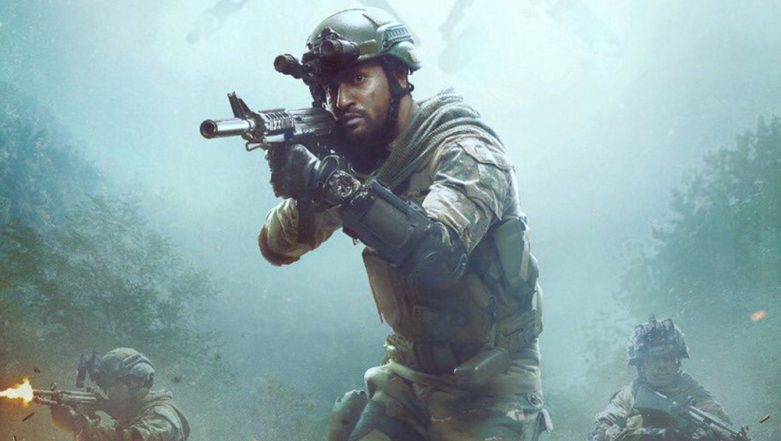 With no strong competition to create roadblocks in its paths, Uri: The Surgical Strike continues its joshila journey at the box office. By now, it has already grossed more than Rs 200 crore at the box office, the first mid-budget Bollywood movie to do so. This, in turn, makes Uri the most profitable Bollywood movie in recent times. The movie has also been getting a promotional push from the BJP supporters who are praising the film at every chance they get, including Assembly speeches. Budget 2019: Piyush Goyal Couldn't Stop Praising Vicky Kaushal's 'Uri: The Surgical Strike' Film.

Uri: The Surgical Strike is directed by Aditya Dhar and stars Vicky Kaushal in the lead, with Yami Gautam, Kirti Kulhari, Mohit Raina and Paresh Rawal in the supporting cast. Having completed its fifth successful weekend at the box office, Uri is still going great in the theatres with consistent performance. 10 Hot and Sizzling Pictures of the URI Star, Vicky Kaushal That Will Turn Mid-Week Blues Into Mid-Week Wows.

As per trade analyst Taran Adarsh, Uri has collected Rs 212.78 crore by now.

Over the fight weekend itself, the movie has earned more than Rs 10 crore which is higher than the box office collections of Baahubali 2.

This is an achievement in itself, as, while Baahubali 2 earned most of its collections in the first three weeks, Uri is still going strong even in the fifth week. The question to be asked here is, can Vicky Kaushal's film reach the Rs 300 crore mark? There is some tough competition ahead like Ranveer Singh's Gully Boy and Ajay Devgn's Total Dhamaal. But, not an impossible task!