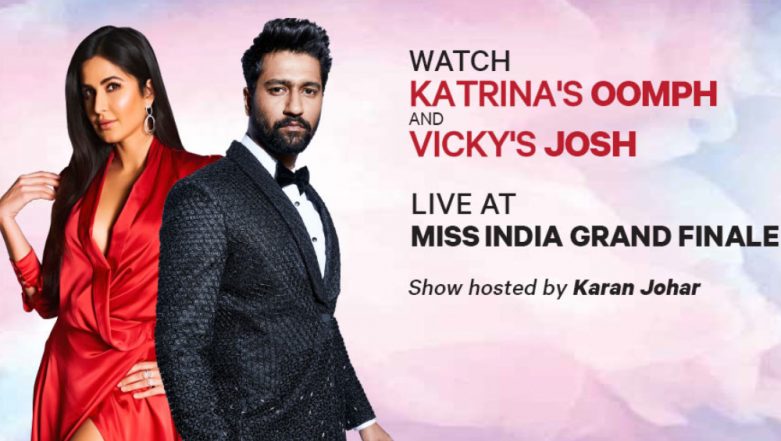 Katrina and Vicky set the stage on fire with their performances

The winner of Femina Miss India 2019 has been crowned. It's Suman Rao, who has walked away with the coveted crown this year. The event was attended by a galaxy of stars, but it's the performances by Katrina Kaif and Vicky Kaushal that were one of the main highlights of the grand finale. Few hours before the Live event went on-air, Katrina took to her Instagram to share some glimpses from the rehearsal. Now we finally have some photos from her actual performance at Femina Miss India 2019. From the looks of it, she set the stage on fire. We hear that she crooned to all her hit sings, including Swag Se Swaagat from her film, Tiger Zinda Hai.

Check out the photos of Katrina's dance performance at the grand finale of Femina Miss India 2019 right here:

The josh was very high when @vickykaushal09 took the centre stage! Here's are some exclusive pictures from his performance at the grand finale of @fbbonline @colorstv Femina Miss India 2019. Co Powered by @sephora_india & @rajnigandhasilverpearls Venue: @domeindia #MissIndia2019Finale

The grand finale took place at the Sardar Vallabhbhai Patel Indoor Stadium in Mumbai. It was co-hosted by Maniesh Paul and Karan Johar. The judges of this year were Huma Qureshi, Aayush Sharma and Chitrangadha Singh.

The winner Suman Rao will now be representing India soon at Miss World 2019 in Thailand.