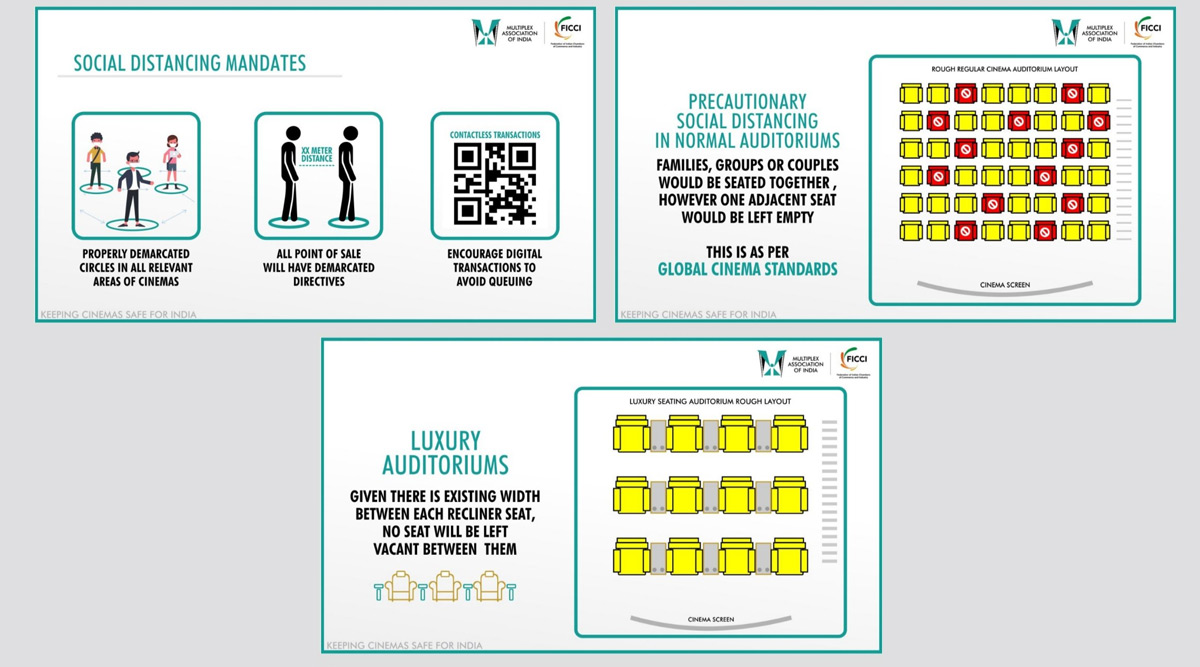 While the debate for a direct to web release against a theatrical one continues to gain momentum, Multiplex Association of India has now submitted a list of new guidelines that they will follow post the COVID-19 outbreak. Theatres and multiplexes continue to remain shut amid the ongoing pandemic but they are looking forward to opening in June and to carry on with their smooth functioning, the association has now written to the Information & Broadcasting Ministry explaining their new protocols in place. Multiplex Chain Inox Disappointed with Films Releasing on OTT Directly, Twitterati Remind them of Their Expensive Food Bills.

As per their new guidelines, the multiplexes will ensure that they are regularly disinfecting all the possible areas of cinema premises while also undergoing deep cleansing of their movie halls. They also mention about how patrons would be asked to book their tickets along with foods and beverages online. The seating arrangements will differ and one seat would be left vacant after every couple or group bookings. After INOX and PVR, Carnival Cinemas Issues Statement Expressing Disappointment Towards Movies Landing OTT Release.

Check Out their New Guidelines

The cinema house employees would have to download the Aarogya Setu app and these guidelines will be implemented for the first two months following which they will review and suggest the modifications.

Earlier PVR Chairman Ajay Bijli in his interaction with The New Indian Express had elaborated on a detailed plan that the cinema chain wishes to incorporate once they're allowed to resume operations. And his guidelines were more or less similar than the ones mentioned above.