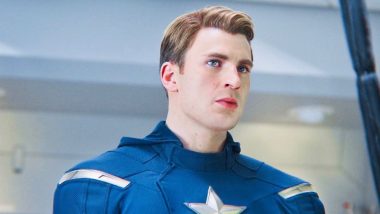 A major set of Marvel fans will do anything to see Chris Evans as Steve Rogers aka Captain America one more time. While it seemed possible till last year, looks like it's not going to happen ever again. In a recent interview, Evans has said that he is done with the character that will remain one of the highlights of his impressive resume so far. Chris appeared on the Graham Norton Show via video call, and it is during this conversation he said that he had “great run” and that returning to the MCU could be “risky.”

“Yes, I think it is. It was a great run and we went out on such a high note that it would be risky to revisit it in my opinion. It was such a good experience and I think it’s better left that way,” Evans said when he was asked if his run as Cap was over for good. Can you hear the sound of your heart shattering, because we definitely can?! Chris Evans Opens Up On Why He Agreed To Play Captain America After Rejecting The Role Several Times.

The reason we told you it seemed like a possibility until last year as Chris and his co-star Scarlett Johannson (who plays Black Widow in MCU) interviewed each other for Variety. During this, Chris didn't completely rule out his return to the MCU. "You never say never. I love the character. I don’t know. It’s not a hard no, but it’s not an eager yes either. There are other things that I’m working on right now. I think Cap had such a tricky act to stick the landing, and I think they did a really nice job letting him complete his journey. If you’re going to revisit it, it can’t be a cash grab. It can’t be just because the audience wants to be excited. What are we revealing? What are we adding to the story? A lot of things would have to come together," he said. Well, while it's sad news that we won't get to see Chris Evans as Captain America once again, but hey, as they say, some things should be left just the way they are.

(The above story first appeared on LatestLY on Jun 03, 2020 11:59 AM IST. For more news and updates on politics, world, sports, entertainment and lifestyle, log on to our website latestly.com).