Marvel has been shaping up in the Marvel Cinematic Universe in a very unique way so far. Instead of starting it off with a movie, phase 4 debuted with a Disney+ show. So far we have gotten three of them, WandaVision, Falcon and the Winter Soldier and Loki. 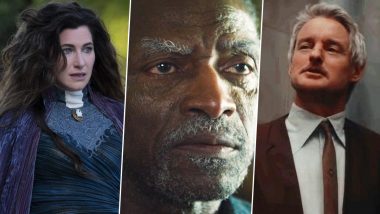 Marvel has been shaping up the Marvel Cinematic Universe in a very unique way so far. Instead of starting it off with a movie, phase 4 debuted with a Disney+ show. So far we have gotten three of them, WandaVision, Falcon and the Winter Soldier and Loki. All the three shows brought a distinct tone and a set of new interesting characters that peaked our interest. Loki Season Finale: 6 Baffling Questions That Are Bothering Us About the Marvel’s Disney+ Series.

So with the next live-action Marvel Disney+ show taking a gap to arrive, it is time for us to look back and see all the goods the earlier series have given us. In this special feature, let's look at the seven of the best characters introduced in all the Marvel Disney+ shows so far. Loki Episode 6: Netizens Hail the Satisfying Finale; Rejoice Over Introduction of Jonathan Majors in This Tom Hiddleston Series!

Isaiah Bradley (The Falcon and the Winter Soldier) 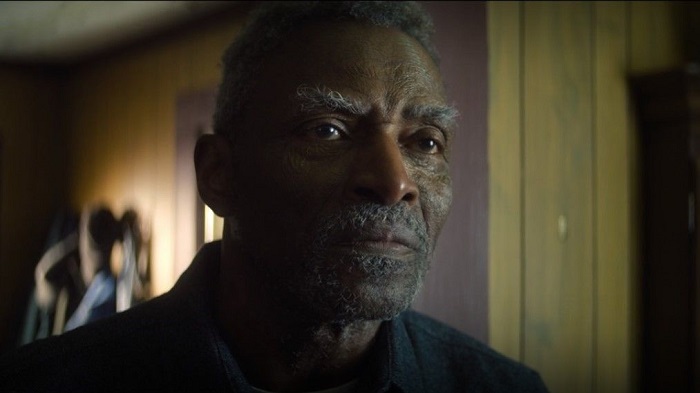 Carl Lumbly in The Falcon and the Winter Soldier

Isaiah Bradley, played by Carl Lumbly, was one of the best parts about The Falcon and The Winter Soldier. His hatred for what his country did to him for being a black Super Soldier, that was vindicated after seeing Sam Wilson, take up the mantle of Captain America was one of his best moments in the show. If the MCU ever decides to explore more of him, I hope we get a spin-off chronicling his time as Captain America.

He Who Remains (Loki) 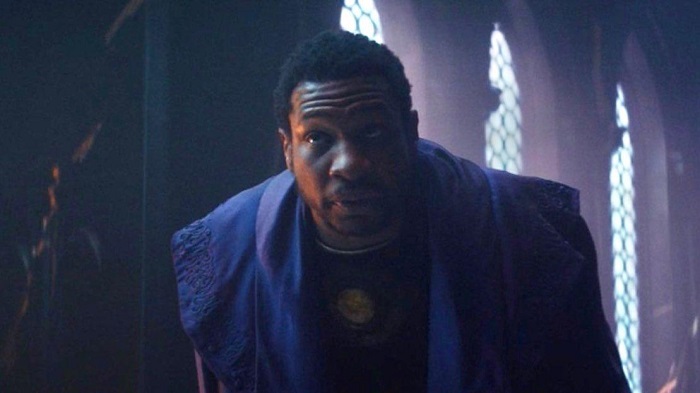 Dropping a major surprise to Marvel fans, Jonathan Majors made his MCU debut in the finale of the series and immediately knocked it out of the park with the first scene itself. While those familiar with the comics know his true identity, the character was set up in an amazing way as the next potential big bad of the MCU. 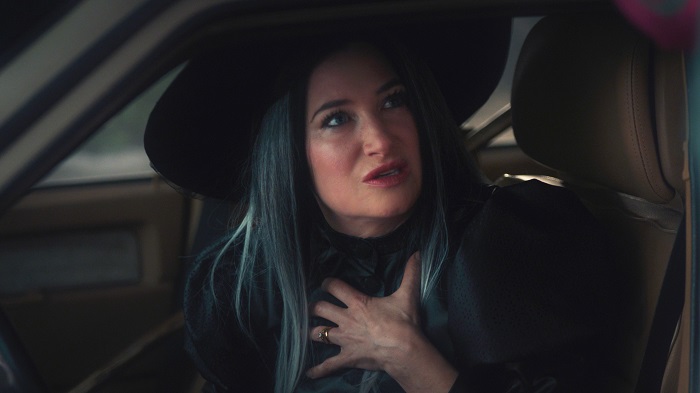 WandaVision gave us one of the best MCU villains in Agatha Harkness played effortlessly by Kathryn Hahn. She was great as the nosy neighbour and her reveal as the witch pulling all the strings had our jaws dropped on the ground. Packaged with a catchy song (and plenty of catchphrases, Kathryn gave an absolutely scenery-chewing performance worth remembering. WandaVision Episode 9 Review: A Befitting but Predictable Finale for Elizabeth Olsen’s Disney+ Series That Gets Bogged Down by Fan Theories. 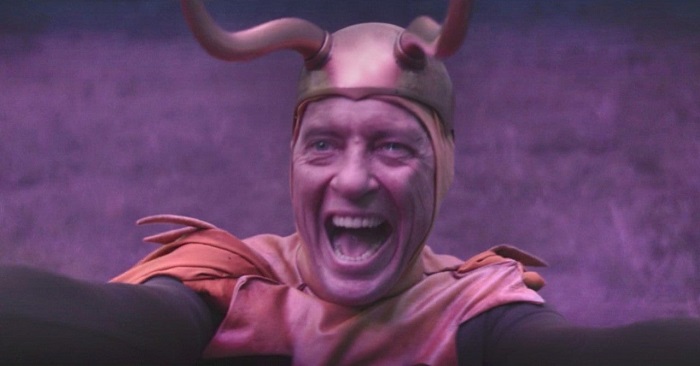 While he just had a brief appearance in the show, Classic Loki played by Richard E Grant stole the entire episode five with his performance. Playing a classic version of Loki, he showed us just how powerful Loki's are. He does this by creating an exact illusion of Asgard in order to get Alioth’s attention which eventually results in his death. But you can’t deny that it was one glorious departure. 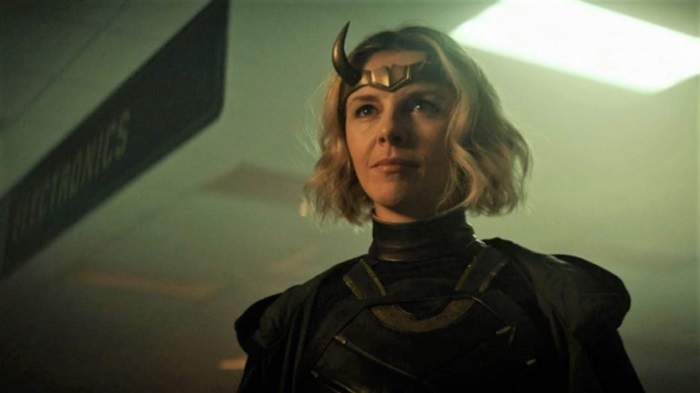 Sophia Di Martino finds herself as Sylvie, a female variant of Loki. With many fans speculating at first that she was Lady Loki, Sylvie quickly turned out to be an amalgamation of Lady Loki and the Enchantress. With how tragic her backstory was and how hellbent she is on getting what she wants without compromising on her ideals, Sylvie was the true hero of the show and definitely a great addition to the MCU.

John Walker (The Falcon and the Winter Soldier) 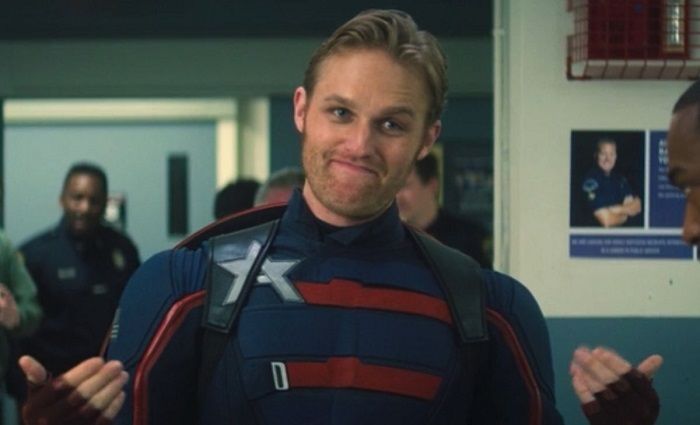 Wyatt Russell in The Falcon and the Winter Soldier

Talk about a MCU start that riled up fans with just a glimpse, Wyatt Russell made quite an impact as John Walker, making viewers hate him the moment he appeared. Deployed as successor of Captain America, John Walker soon shows how unworthy he is of that honour, but it was disturbing to see his eventual downfall. And to our surprise, he underwent another change in character and redeemed himself. From someone who invoked immediate derision on the first sight to making fans say, 'Hey, he isn't that bad!', that's quite a transformation arc! With the tease at the end of him taking up the mantle of US Agent, it has us excited for when we will see him next in the future. 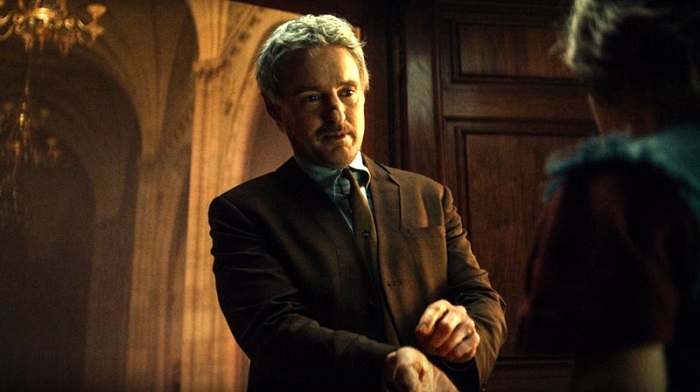 Owen Wilson as Mobius quickly became one of our favorite characters in the show. His dynamic with Loki is what made Mobius so interesting and how he learns the reality behind TVA was amazing. Although not letting Owen Wilson even say Wow once in the show was definitely a crime. For an honourable mention we definitely need to add Alligator Loki though. One of the best characters to come out of the MCU.

(The above story first appeared on LatestLY on Jul 15, 2021 03:22 PM IST. For more news and updates on politics, world, sports, entertainment and lifestyle, log on to our website latestly.com).