Rupert Grint Birthday Special: 5 Ron Weasley Quotes That Prove the Actor Was the Most Sarcastic One From the Trio

From driving a car as a teen to fighting Voldemort with Harry Potter, Ron Weasley's character does have some amazing moments in the film. With these epic scenes, we also see Rupert deliver some really cool dialogues. He always had either something hilarious to say or was the sarcastic one in the trio 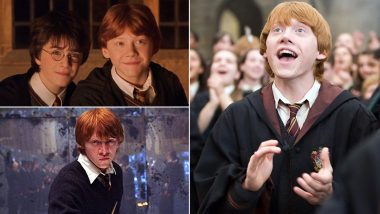 Rupert Grint once said that he has not watched even half of the eight parts of the movie series. While that is quite hard to believe, Harry Potter fans are grateful to him for taking up the role of Ron Weasley in the film. His character is best friends to Harry Potter in the franchise film, and we see him grow from a little naive kid to a man who is strong, impressive and smart. Grint's character was possibly one of those characters that had the best curves while growing up through the film and Rupert essayed each phase of this young boy growing up to become a man quite effortlessly. Rupert Grint AKA Ron Weasley Says He Has Not Seen All of Harry Potter Movies.

It might be disheartening to know that Rupert Grint has yet not watched all the Harry Potter film but he had once said in one of his interviews that he will now be watching all the parts with his daughter, who entered the world this year. We cannot wait to know what his daughter's reaction would be seeing her father do wonders in the world of magic. Ron Weasley surely is one of the most entertaining characters in the story, so one thing is for sure, his daughter is in for a lot of fun.

From driving a car as a teen to fighting Voldemort with Harry Potter, Ron Weasley's character does have some amazing moments in the film. With these epic scenes, we also see Rupert deliver some really cool dialogues. He always had either something hilarious to say or was the sarcastic one in the trio including Harry and Hermione Granger (Emma Watson). Today as Rupert marks his 34th birthday, we decided to take a look at some of his best dialogues from the franchise film. Rupert Grint Could Not Stop Laughing While Filming Dumbledore’s Funeral Scene in Harry Potter Movie.

“There’s a time and a place for getting a smart mouth.” – Harry Potter and the Deathly Hallows, The Lost Diadem 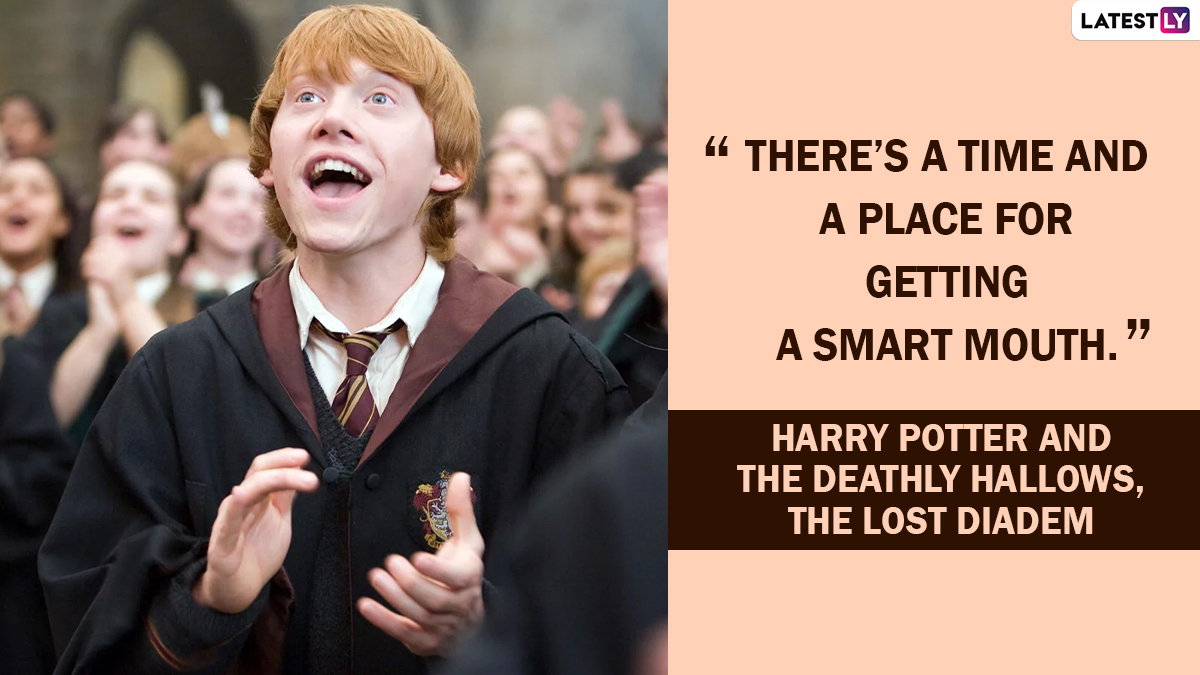 “Maybe he murdered Myrtle; that would’ve done everyone a favour…”– Harry Potter and the Chamber of Secrets, The Very Secret Diary 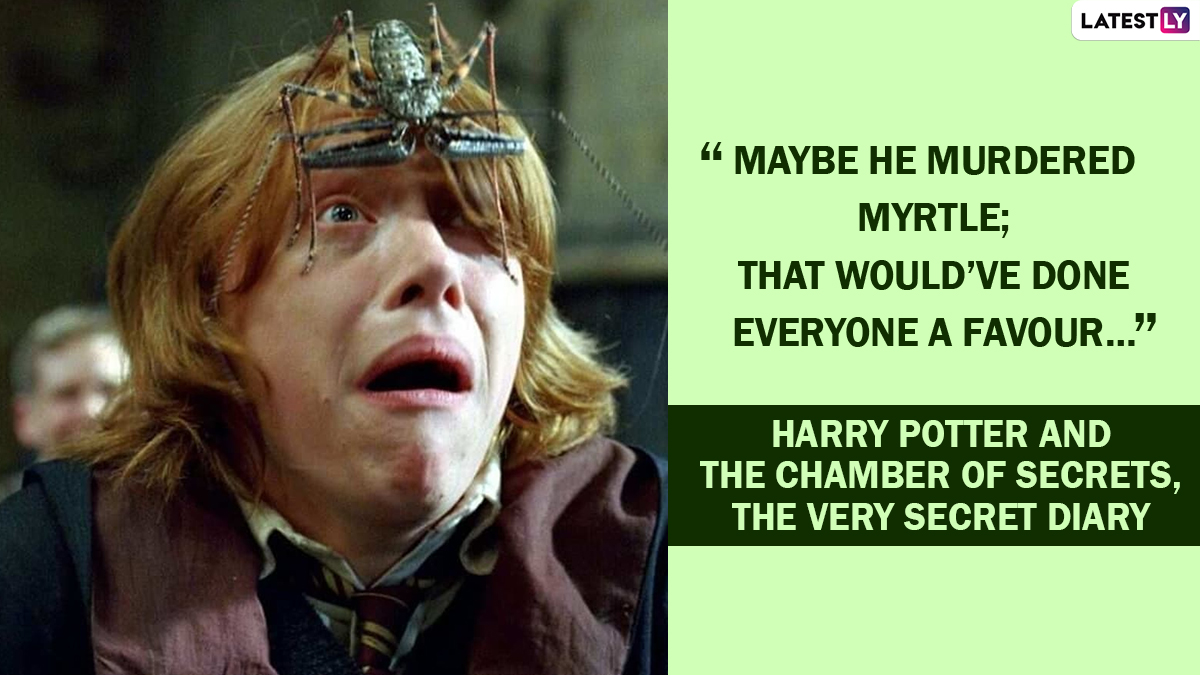 “One person can’t feel all that at once, they’d explode.” – Harry Potter and the Order of the Phoenix, The Eye of the Snake 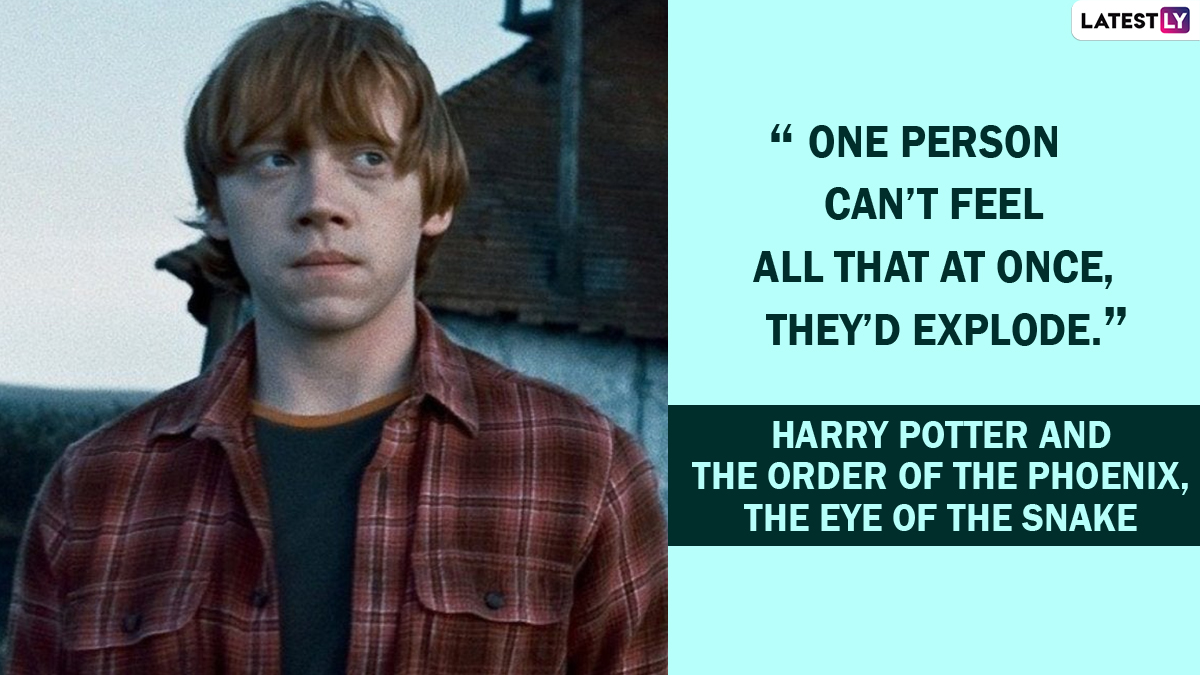 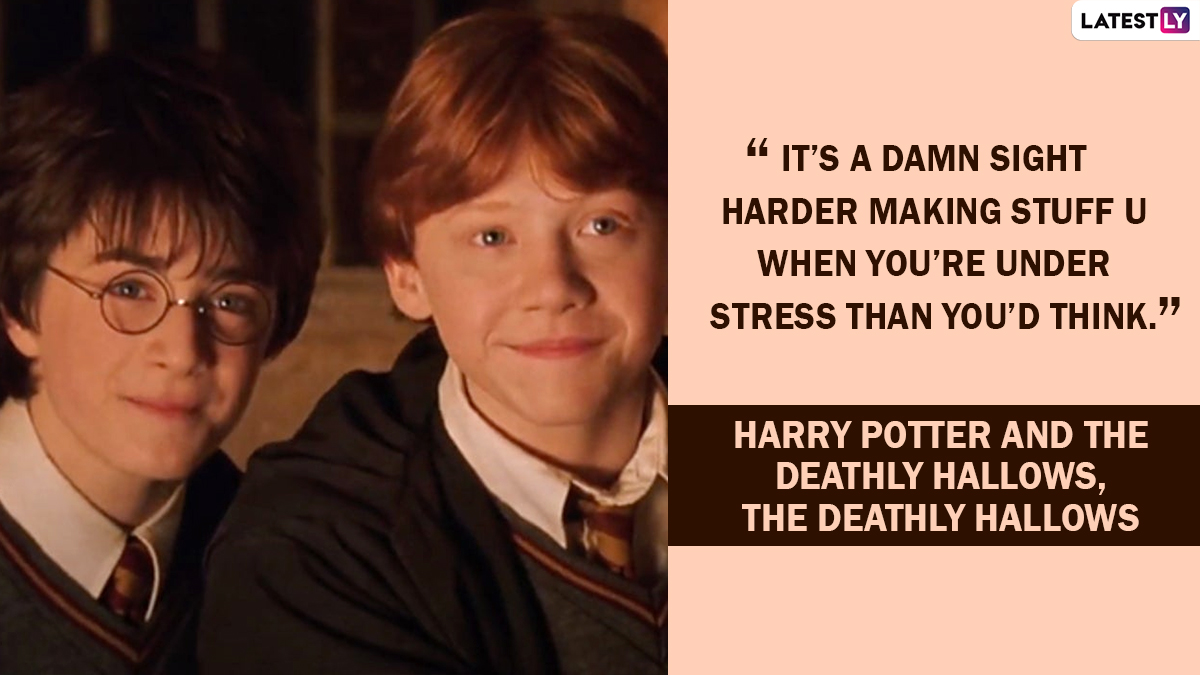 “I’d hate to see what the Ministry’d do to me if I blew up an aunt. Mind you, they’d have to dig me up first, because Mum would’ve killed me.” – Harry Potter and the Prisoner of Azkaban, The Leaky Cauldron 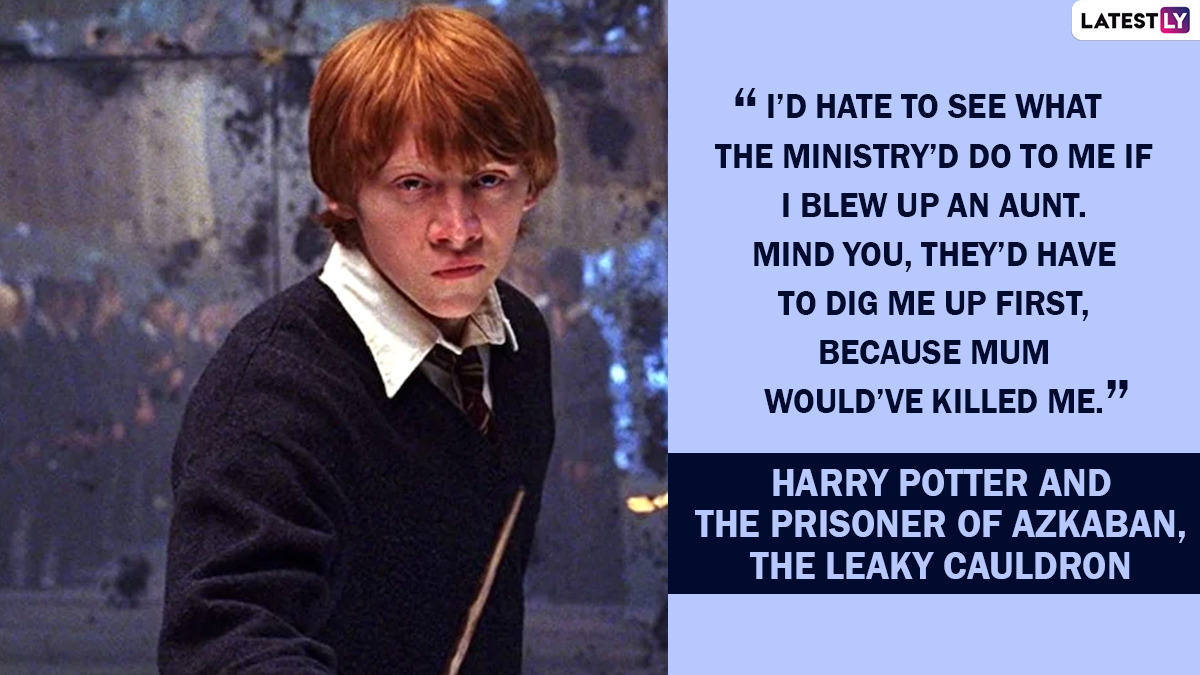 Rupert Grint made Ron Weasley look amazing on the screen and every Harry Potter fan will always love this character for whatever he did for Harry Potter. Today would be a good day for a Harry Potter marathon to celebrate Rupert's birthday. In the meantime, join us in wishing the star a very Happy Birthday.

(The above story first appeared on LatestLY on Aug 24, 2021 09:10 AM IST. For more news and updates on politics, world, sports, entertainment and lifestyle, log on to our website latestly.com).