Hunt is a 1980s-set Korean-language spy thriller that Lee got caught up in after buying the rights and rewriting the screenplay. Lee also stars in the picture alongside veteran Jung Woo-Sung. 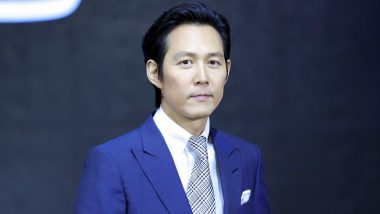 Squid Game star Lee Jung-jae will be at the Cannes Film Festival this year with the world premiere of his feature directing debut Hunt. The film will be presented next month in the Cannes festival's Midnight Screening section, reports Variety. Two other films will receive midnight screenings: Fumer Fait Tousser, by Quentin Dupieux and Moonage Daydream, by Scott Morgen. Squid Game Star Lee Jung-jae Confirms He Will Not Attend Golden Globe Awards 2022 Due to Netflix’s Boycott.

According to Variety, the bulk of the festival's Official Selection was announced on Thursday at a press event in Paris. Hunt is a 1980s-set Korean-language spy thriller that Lee got caught up in after buying the rights and rewriting the screenplay. Lee also stars in the picture alongside veteran Jung Woo-Sung.

His role as an elite agent working for the Agency for National Security Planning sees him hunting for a North Korea spy, and becoming increasingly aware of his own country dark truths. "Just because I'm doing the director's job on this film doesn't mean I'm going to be giving up acting. I still like acting the best and intend to focus on that," he told Variety in October last year.

Lee has been an established star in South Korea since the late 1990s, and told Variety in October that not much had changed for him, and that he was not getting many calls from Hollywood. "No proposals or requests have come my way," he told Variety. "If the right one came along, I'd be happy to be in an overseas production. It could be fun." Squid Game’s Lee Jung-jae Happily Poses With Hollywood Legend Leonardo DiCaprio in This Viral Pic!

But as the international success of Squid Game snowballed and Lee collected multiple US awards, he picked up acting awards at the 28th Screen Actors Guild Awards, the Critics' Choice Awards and the Independent Spirit Awards, he became the most bankable star in Korea.

(The above story first appeared on LatestLY on Apr 17, 2022 02:29 PM IST. For more news and updates on politics, world, sports, entertainment and lifestyle, log on to our website latestly.com).