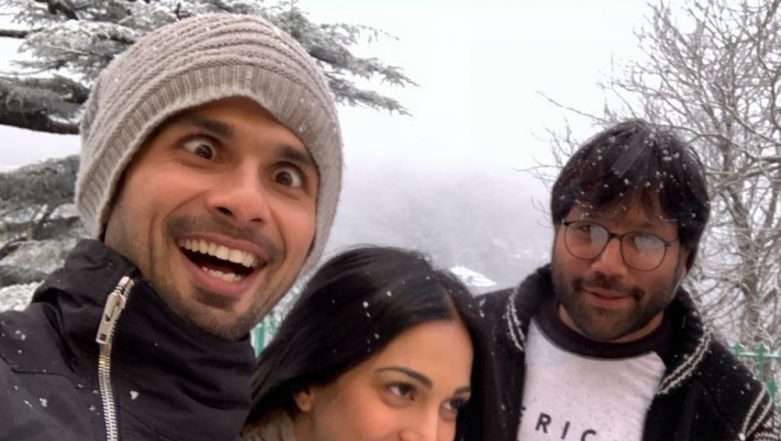 Shahid and Kiara's are on the top of the world right now, we are sure of it

Shahid Kapoor and Kiara Advani's Kabir Singh has managed to impress a huge set of people. The film, which is the remake of Telugu hit, Arjun Reddy starring Vijay Deverakonda in the lead, released last Friday (June 21) and in mere four days, it has managed to earned Rs. 70.83 crore at the Indian box-office. With this, Kabir Singh has become Shahid's highest grossing solo-lead starrer, outrunning R... Rajkumar, Udta Punjab and Haider. This was also Kiara's big release in her six-year-long career.

No wonder the two are going helter skelter looking at the numbers of their film. Their happiness is evident in the latest picture that Shahid posted on Instagram. The photo is from the sets of the film. All we can say is that Shahid's expression is highly hilarious (trying saying highly hilarious 10 times continuously) in this photo. And Kiara's smile could just kill many. The director of the film, Sandeep Vanga Reddy, who also helmed Arjun Reddy, is also seen in the picture. Kabir Singh Box Office: Shahid Kapoor and Kiara Advani’s Film Has to Beat These Four Movies to Be The Highest Grossing Adult Movie in Bollywood.

While many are impressed with Shahid's stellar act in the film, there are a set of people, who think that the film is misogynistic and glorifies toxic male behaviour. Honestly, it's the mixed reaction that has worked for the film as it's the hottest topic on internet right now. It's a no-brainer that Kabir Singh will end up making more than Rs 100 crore by the end of next weekend. Have you watched Kabir Singh yet? How did you like it? Let us know your thoughts by tweeting to us @LatestLY.