Fahadh Faasil Birthday Special: From Being Called ‘Wooden’ to Being Hailed as Best in Business, Recapping the Spell-Binding Journey of the National Award Winner

Fahadh Faasil turns 38 on August 8, 2020. Here's us wishing this amazing actor Many Many Happy Returns of the Day, and are eagerly waiting for more ground-breaking performances from him. And we are pretty sure he will never be disappointing us there. 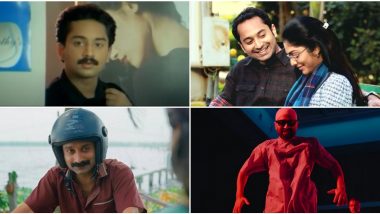 Fahadh Faasil is a brilliant actor, right? This is an opinion shared by not just Malayalam movie buffs, but even the non-Mallus who have sampled his work. He is a winner of one National Award, two State Awards and three Filmfare awards. I have read an article purely on how expressive just Fahadh Faasil's eyes are. And to think, there was a time when Fahadh had to leave acting (for a brief time) because the common consensus was that he can't emote! Fahadh Faasil Remembers How Irrfan Khan Inspired Him to Take Up Acting, Says 'I Owe My Career to Him' in an Emotional Post.

It was 18 years ago when Fahadh entered Malayalam cinema through the romantic drama, Kaiyethum Doorathu. It was what you call a clear case of nepotism, as the film was directed by his father, prominent filmmaker Fazil. Fazil was a celebrated director, known for making masterpieces like Nokketha Doorathu Kannum Nattu, Pappayude Swantham Appoos, and of course, Manichitrathazhu.

With Kaiyethum Doorathu, Fazil wanted to replicate the success of his earlier blockbuster, Aniyathipravu and turn his son into the next Kunchacko Boban. The plan was good, with the film's music already a hit (still lovely to listen to) and the presence of Mammootty in a cameo bringing the needed attention.

But when Kaiyethum Doorathu came out in theatres, it wasn't the starry debut we expected. Fahadh was clearly out of his elements in the lead role, his dancing skills were far from desirable and he struggled in getting one emotion right.

It also didn't help that he was, unsurprisingly, compared to Kunchako Boban, who was far more dynamic and expressive in his first (way better) film. And yeah, Boban was a good dancer too!

Kaiyethum Doorathu was thrashed mercilessly by the critics and the audiences alike and bombed at the box office. Fahadh Faasil received scathing reviews for his performance (or the lack thereof).

The cold reception for Kaiyethum Doorathu affected both father and son very much. Fazil made a couple of movies after Kaiyethum Doorathu and they also failed to light up the box office, before he stopped making films. Fazil is seen more as an actor these days, appearing in films like Lucifer and the upcoming Marakkar: Arabikadalinte Simham.

The then 19-yo Fahadh quit acting (for a while), and went to the States in the pursuit of higher studies. But even though Malayali viewers had forgotten Fahadh by then, he had not forgotten his mistakes. Seven years later, in 2009, he made a return to acting with Kerala Cafe, an anthology film. Fahadh starred in the horror segment, Mrityunjayam, along with the late legend Thilakan and Rima Kallingal.

I remember seeing the film in a theatre and was surprised to see the change in him. Fahadh didn't hide his balding head, he had shaved off his moustache and he brought an intensity in his acting that was stunning. Just watch the scene where he proposes Rima's character out of the blue, and even though the context feels creepy, we are taken in the genuineness of what he just said in his eyes.

I recall remarking to my friend, "What had he done to himself? Is he actually....acting?". Mrityunjayam was one of the weaker segments in the film, yet it left a mark for just Fahadh's performance. And to think, Fahadh didn't even appear in the main posters of the film!

From here began the slow ascension to what is the most amazing comeback, or rather turnaround, in Malayalam cinema. Malik: Fahadh Faasil's Intense First Look From Mahesh Narayanan's Film Looks Intriguing.

In his second innings, Fahadh started off slow with supporting roles in Pramani, Cocktail and Tournament. Maybe it was his strategy to getting us warm up to the fact that he can emote, and make us feel more accepting of him as an actor.

Then he took a risk that could have backfired big time - 2011's Chappa Kurishu - but it worked in his favour. A thriller ripped off from a Korean movie, Fahadh Faasil played a hotshot architect with a roving eye. The role had enough grey shades, but as the film progressed, we realise that he isn't a bad person. And it is to Fahadh's success as an actor that he brought believability in both aspects of his character. 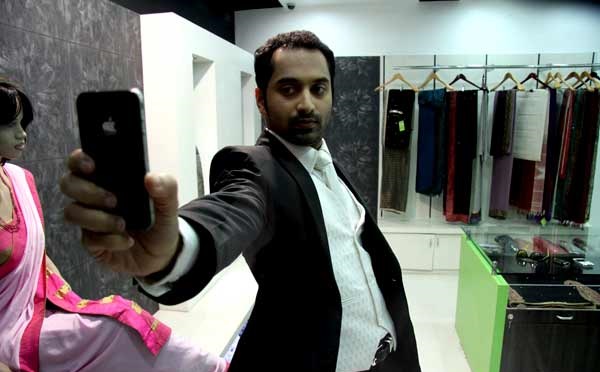 Moreover for a industry that usually shy away from kissing scenes, he has a long lovemaking scene with Ramya Nambeesan in the movie. Though the movie was an average performer at the box office, it allowed the critics and the viewers to see Fahadh in a different light. This boy can take risks! The same year also saw him impress in Akam, an adaptation of the popular Malayalam novel, Yakshi. The performances in both the films won him his first State Award.

If you thought his role in Chappa Kurishu was risky enough, fans were not prepared for what came the next year in 22 Female Kottayam. Playing a vile character who doesn't mind pimping off his girlfriend for his selfish benefits and later getting bobbitted for it, both the masses and the critics applauded Fahadh's act. Maybe as a reward for his  risks and hard work, Fahadh soon found commercial viability as the leading man in Lal Jose's Diamond Necklace, where he again played a morally ambiguous character though not as evil as 22FK's Cyril. 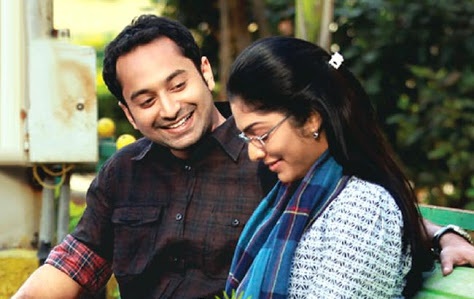 Even after establishing himself as a likeable leading man, Fahadh didn't stop himself from taking on offbeat and risky ventures. He played an obsessed lover with stalker tendencies in Rajeev Ravi's Annayum Rasoolum, a bullied but talented clarinet player in Lijo Jose Pellissery's Amen, an introvert with OCD in Anil Radhakrishnan Menon's North 24 Kaatham and an egoistic painter in Shyam Prasad's Artist. Needless to say, he excelled in every one of them.

He also tried his hand in far more mainstream works like Sathyan Anthikad's Oru Indian Pranayakadha and Lal Jose's Immanuel, and he was a charm in both of them. It is also not easy to perform against an incredible performer like Mammootty in Immanuel or even Mohanlal in Red Wine, and get singled out for praise. It is the dexterity of Fahadh that he managed to do that with aplomb in both films. 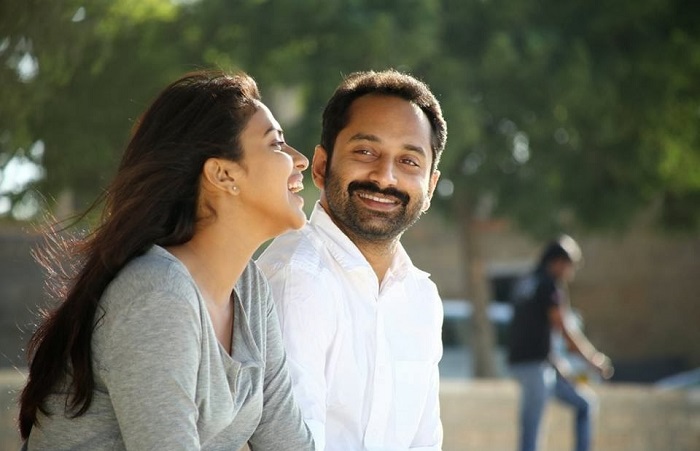 Fahadh's films didn't always work at the box office. There were duds like Haram, Olipporu, Money Ratnam, Role Models, Monsoon Mangoes, 1 By Two and Ayal Njanalla. But there were Bangalore Days, Iyobinte Pusthakam, God's Own Country and Take Off to compensate for that. 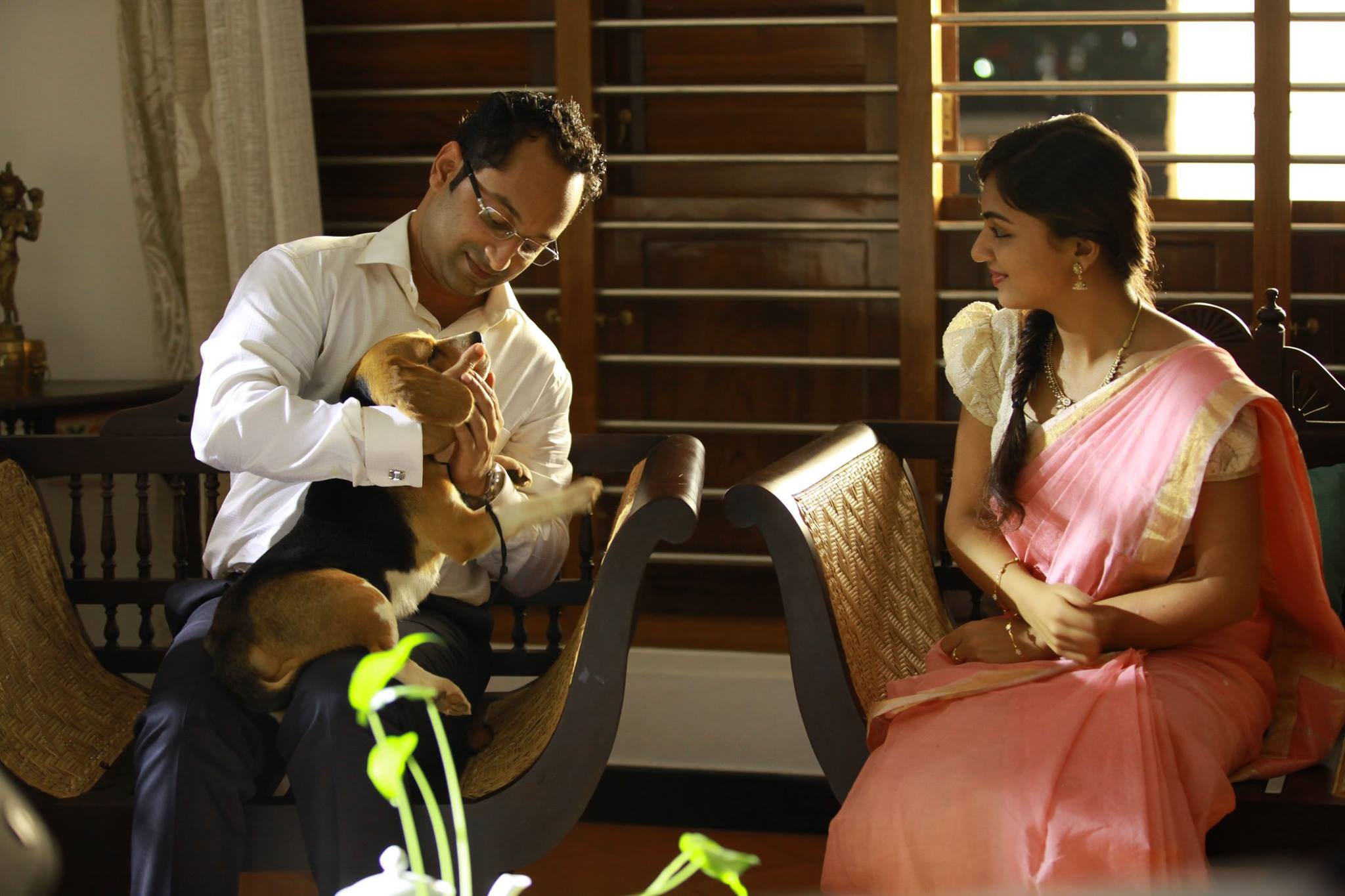 Just when we thought maybe we have seen all of Fahadh's range as an actor, in comes actor Dileesh Pothan's Maheshinte Prathikaram. Playing an everyday man  who runs a photo studio, Fahad was simply brilliant here. There is no way you don't believe him as a simple villager of Idukki, who wears an insult from a fight in his heart for months like a burning cross. He is both comical and tragic, a simpleton and a romantic. The character of Mahesh was kind of an emotional all-rounder for Fahadh. 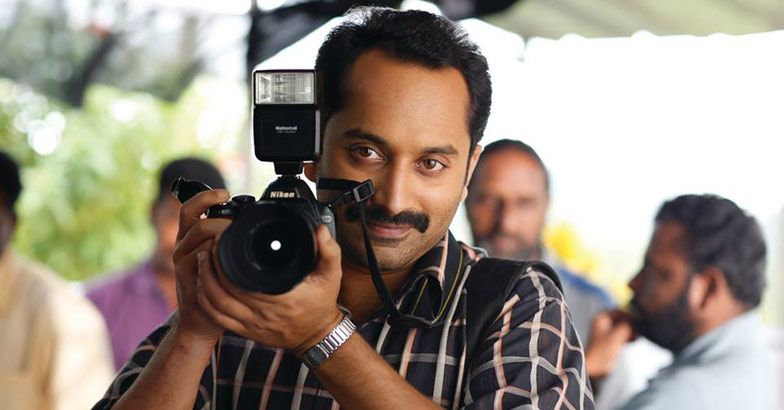 Maheshinte Prathikaram was not only was a surprise success at the box office, but it also won over the critics in a huge way. The movie also inspired two remakes in Tamil and Telugu.

We were not surprised when Pothan repeated him in his second movie, an equally brilliant Thondimuthalum Driksakshiyum. But we were surprised when we learnt that Fahadh had more of a supporting role in the film, that of a boorish thief, leaving the leading man duties to Suraj Venjaramoodu, a National award winner himself. But like with Chappa Kurishu, we failed at first to realise that this was just another terrific ploy by Fahadh to subvert our expectations and surprise us by delivering another layered, strong performance. And see what it got him - his first National Award! Just check out the below scene, where his character's lie has been caught and the sly grin that comes to his face. A fine piece of acting there!

Fahadh won even more admirers when he joined Parvathy and others in boycotting the National Award ceremony, when it was revealed that the President won't be handing out all the awards.

Even after winning National Award, he didn't go complacent as an actor. He was impressive as the antagonist in his Tamil debut, Velaikkaran. He was fantastic in his other Tamil film, the brainy Super Deluxe, where he played a wannabe actor, struggling to hide the body of his wife's lover. Super Deluxe Movie Review: Vijay Sethupathi, Fahadh Faasil and Samantha Akkineni-Starrer Is Whimsical, Riveting and Brilliant! 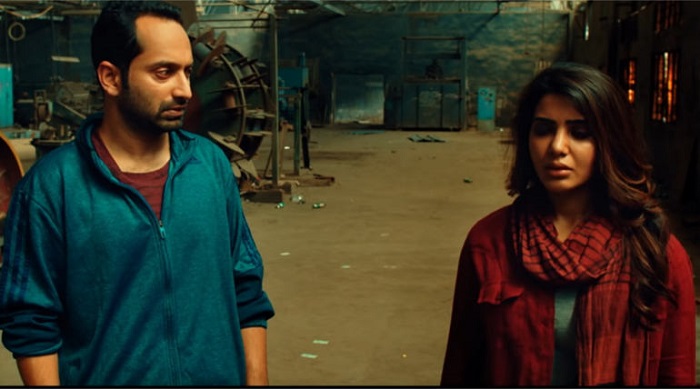 In Malayalam, he scored a huge hit in Sathyan Anthikad's light-hearted entertainer Njan Prakashan, where he played an opportunistic youngster trying to seek an easy life. In Varathan, he became an unusual action hero in the scintillating climax that filled the theatres with claps and whistles.

Fahadh turned producer with the highly acclaimed slice-of-life drama, Kumbalangi Nights. He won plaudits as the antagonist, the movie's representation of male ego, as the actor uses his eyes and a thick moustache to really good use. Year Ender 2019: These 10 Movies of Mammootty, Fahadh Faasil, Asif Ali, Parvathy Had Won Our Hearts This Year. 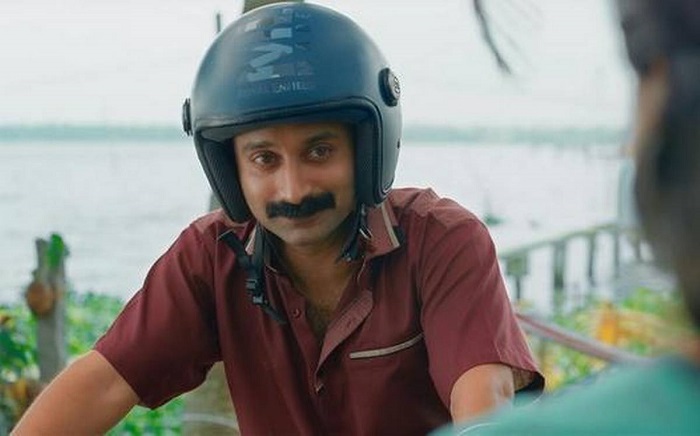 Fahadh's most recent film was Anwar Rasheed's Trance, where he played a fake spiritual godman. Trance was a film that leaves you with mixed emotions, but the actor is brilliant once again, especially in the scenes where he preaches to his listeners.

It was the kind of role where you expect anyone who portrays such a role to go hammy. In the hand of a lesser actor, this performance would have been a disaster. It is the brilliance of the actor in Fahadh that he goes OTT as per what the role requires in certain scenes, and yet it doesn't feel one bit that he is over-acting any moment. 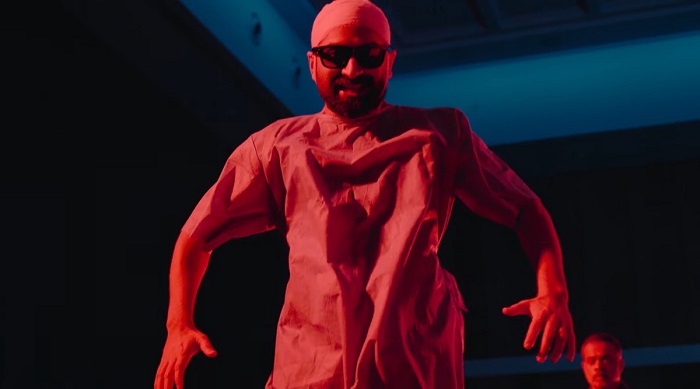 From being called someone who can't act to being someone who can control how much he can ham, this is truly an incredible transition for any actor. Fahadh's career is a splendid example of how even a disastrous start should never cause you to lose hope.

So what's his success formula? For one, he learnt from his mistakes, worked on them and returned in a better form. Two, he doesn't insist on being a hero in a film; Fahadh is hungrier for roles that he knows will make him stand out and be talked out. And third, he avoids dancing!

Fahadh Faasil turns 38 on August 8, 2020. Here's us wishing this amazing actor Many Many Happy Returns of the Day, and are eagerly waiting for more ground-breaking performances from him. And I am pretty sure he will never be disappointing us there.

(The above story first appeared on LatestLY on Aug 08, 2020 08:41 AM IST. For more news and updates on politics, world, sports, entertainment and lifestyle, log on to our website latestly.com).