Lijo Jose Pellissery Birthday Special: From Nayakan to Jallikattu, Ranking All His Films From Worst to Best (And Where to Watch Them Online)

On the occasion of LJP's birthday, let's look at his filmography and rank all his films from worst to best -in that order - and where you can watch each of them online. 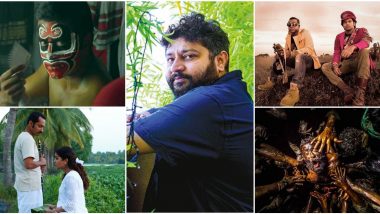 Lijo Jose Pellissery Birthday Special: From Nayakan to Jallikattu, Ranking All His Films

There is plenty of excitement when it comes to waiting for a Lijo Jose Pellissery film. And that excitement is not just restricted withing the borders of Kerala, or the love of a Malayali movie buff (like me). Since the critical acclaim for Angamaly Diaries, the Malayalam filmmaker's profile has transcended regional barriers, going beyond Kerala, even beyond India! On the maverick director's 41st birthday, we wish LJP Many Many Happy Returns of the Day! 48th Kerala State Film Awards 2017 Full Winners List: Parvathy, Lijo Jose Pellissery and Indrans Win Big.

Lijo Jose Pellissery has always been a director with a difference, that was evident in its first film, Nayakan, that came out in 2010. Though his first couple of films - Nayakan and City of God - were critically acclaimed, they didn't achieve commercial success. That changed with his third film, Amen, that was both critically acclaimed and also was a hit at the box office. His fourth film, Double Barrel, was a crazy experiment featuring an ensemble cast, but that didn't work both with the critics and the masses. His fifth film, Angamaly Diaries, however, brought him bought pan-Indian and international acclaim, and so did his subsequent releases.

His upcoming film is Churuli, starring Chemban Vinod Jose and Vinay Forrt, the trailer of which was recently revealed and proved to be very intriguing. Just like his other movies. Churuli Trailer: Lijo Jose Pellissery's Movie Promises Mystery and Thrill!

On the occasion of LJP's birthday, let's look at his filmography and rank all his films from worst to best -in that order - and where you can watch each of them online. 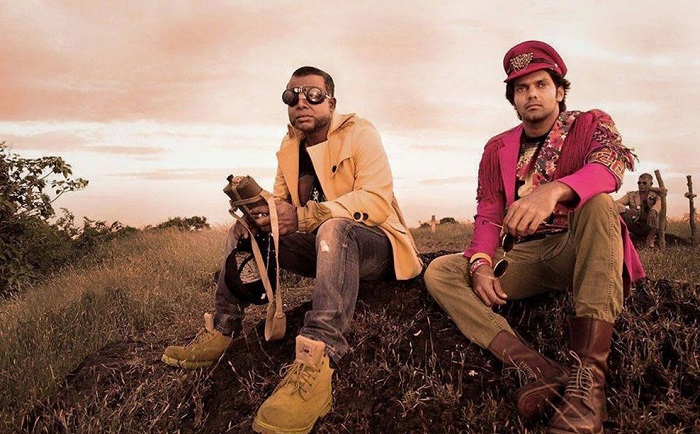 If Double Barrel was made in Hollywood, it would have been a cult film by now. It is still the weakest film that Pellissery had made, but Double Barrel is a very fascinating experiment from the director. Influenced by the films of Guy Ritchie and Quentin Tarantino, this gangster comedy is technically brilliant and allows its ensemble cast - which includes Prithviraj, Indrajith Sukumaran, Asif Ali, Arya, Sunny Wayne, Swathi Reddy, Isha Sharvani - to go wacky. What lets down the film is that the humour doesn't always work - a crucial aspect for a film that was deemed to be a black comedy. Double Barrel is streaming on MX Player and Sun NXT.

Lijo Jose Pellissery's first film may not have found favour at the box office, but it got good reviews and got him notice. An unconventional revenge saga, it is about a Kathakali artiste who goes on a vendetta streak after his father and sister is killed by a don, who loves magic tricks. Indrajith is terrific as the brooding hero, and Siddique gloriously hams as the villian. But it is Pellissery's handling that leaves a mark on the viewer. Nayakan is streaming on MX Player and YouTube. 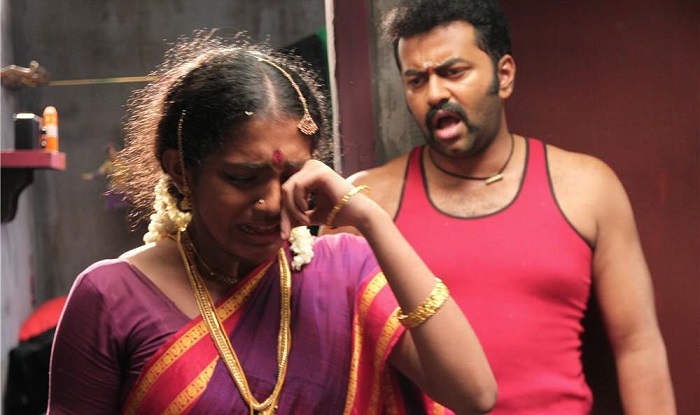 Parvathy and Indrajith in City of God

Not to be confused by the acclaimed Brazilian film by the same name, Pellissery's sophomore efforts actually owes its influence to Alejandro González Iñárritu's Amores Perros. A hyperlink narrative, City of God is a crime saga that revolves around multiple plots that converge in a fate-changing accident. All the actors are excellent, especially Prithviraj as a repentant criminal, Rima Kallingal as a suffering film star, Indrajith and Parvathy as two Tamil immigrants in a forbidden affair. City of God is streaming on YouTube and MX Player. From Mohanlal’s Sarvakalasala to Nivin Pauly’s Action Hero Biju – 7 Malayalam Movies That Ditched Story Structure and Yet Turned Out to Be Awesome. 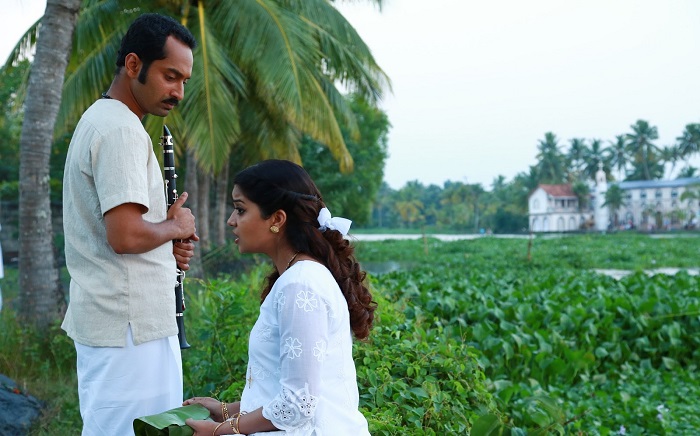 Pellissery's first big hit was this unusual light-hearted entertainer, with a bugle competition as its backdrop. Featuring some very colourful characters and a very talented ensemble cast, the primary focus is the love story between a meek band member (Fahadh Faasil) and his gutsy girlfriend (Swathi Reddy), the daughter of a rich contractor. There is also a fun-loving new priest (Indrajith) who joins the village church and clashes with the narrow-minded head priest. Amen, set in the pristine locales of Kuttanad, is beautifully photographed by Abinandhan Ramanujam and Prashant Pillai's unconventional score is another beauty. While the tale of the underdog is something we have seen before, with a Nandanam touch in the end, Pellissery's execution of the scenes do stand. Just check out the one-take picturisation of the song "Pampara Pa Pa" and you know what I am talking about! Amen is streaming on MX Player and Jio Cinema. Fahadh Faasil Birthday Special: From Being Called ‘Wooden’ to Being Hailed as Best in Business, Recapping the Spell-Binding Journey of the National Award Winner. 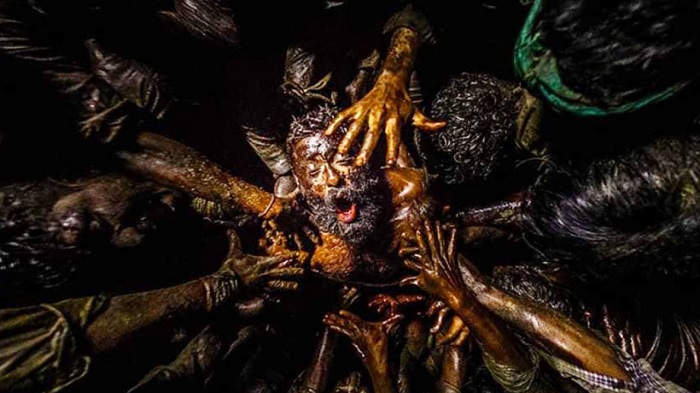 A Still from Jallikattu

LJP's last release is a brutal, gloriously violent take on the animalistic nature of humans, when pushed to the corner by egos and pride. Once again, LJP pushes his cinematographer to test his maximum limit of his skills, this time it's the turn of Girish Gangadharan, as he uses long takes to set the ball rolling. Or in the case of this, a bull running, as its escaping from a butcher's lease sends an entire village into chaos. The climax of the film is staggeringly gory and disturbing, and, is scarily reflective of the times we are living in. Jallikattu is streaming on Amazon Prime Video. Netizens Call Out Makers of Vicky Kaushal's Bhoot Part One: The Haunted Ship for Copying Its Poster From Malayalam Film Jallikattu. 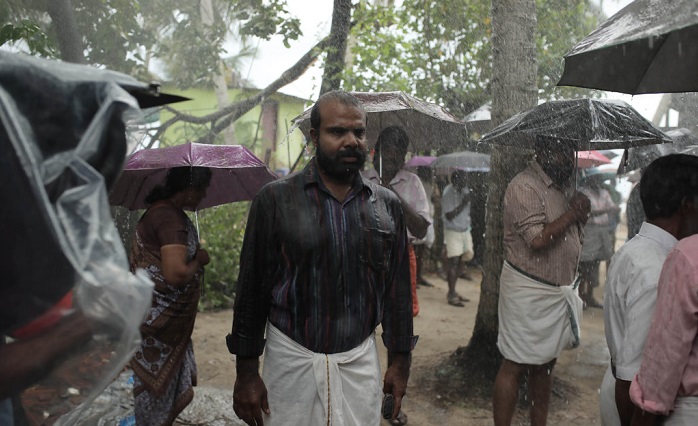 Who thought even a funeral can lead to sequences of dark humour? Welcome to Ee Ma Yau, where the surprise death of the protagonist's father, who returned home after days of roaming around, leads to situations that feel familiar and then turns to cesspool of conspiracies and craziness that will leave your jaws slack. Friendships are tested, bonds are broken and humanity is shaken, as a simple burial turns the entire village around. There are plenty of philosophical tones (compare the opening and the closing scenes) and satirical connotations that take dig at people's over-inquisitive nature to scrutinise a tragedy. People who seek pleasure in the whole Sushant Singh Rajput fiasco, should not miss this. Also terrific performances from Chemban Jose, Vinayakan, Dileesh Pothan and a scene-stealing Pauly Valsan. Ee Ma Yau is streaming on Amazon Prime Video. 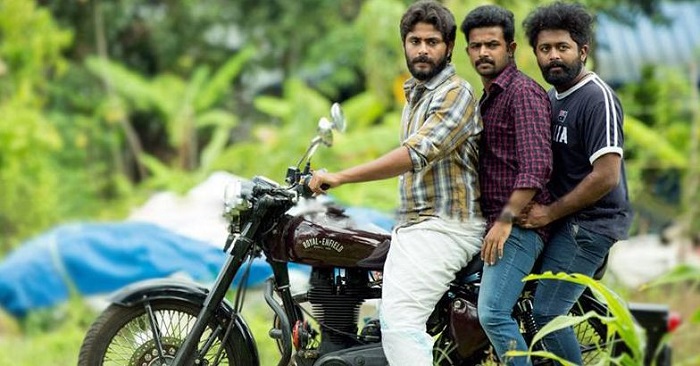 A Still from Angamaly Diaries

The film that brought the nation's attention to the brilliance of Pellissery. Angamaly Diaries is nothing less of a masterpiece, a gritty, but darkly humorous tale of locals gangs operating in Angamaly. Set against the backdrop of pork meat trading, Angamaly Diaries balances bouts of violence with terrific nuggets of black comedy, that comes to you at unexpected junctures and leaves you in chuckles. Nearly the entire (super-talented) cast is made of newcomers, each shining in their roles, be it as the lead or in a bit role. Of course, how can we not talk about Angamaly Diaries without mentioning its fantastically shot 11-minute unbroken climax scene that features hundreds of actors? Even international cinema lovers were astounded by how Pellissery and Girish Gangadharan pulled that scene off, which is nothing short of a miracle. Angamaly Diaries is streaming on Netflix.

(The above story first appeared on LatestLY on Sep 18, 2020 09:11 AM IST. For more news and updates on politics, world, sports, entertainment and lifestyle, log on to our website latestly.com).