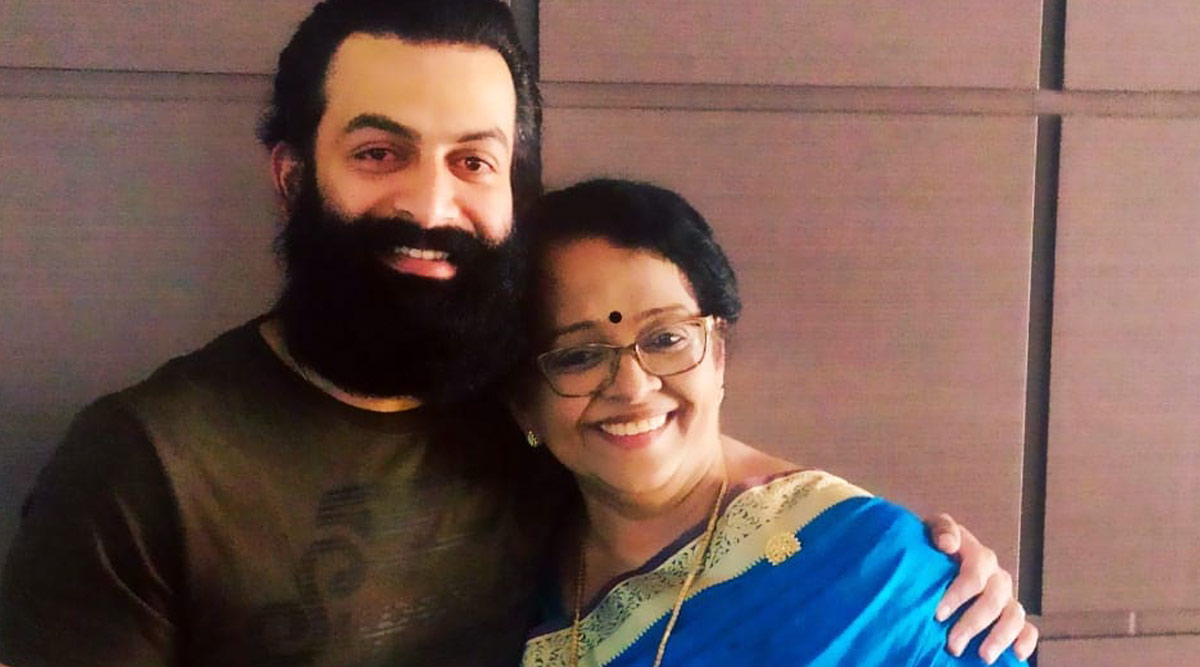 While Prithviraj Sukumaran returned to India on Friday, May 22 after being stranded in Jordan while shooting for his upcoming project when the lockdown was announced, his mother Mallika Sukumaran was recently rescued by fire force from her home in Thiruvanthapuram. Prithviraj's mother's home house was one among the 13 houses on Ela road at Kundamankadavu that had to be evacuated to due to floods caused by heavy rainfall. A similar situation had occurred in the area during the floods in 2018. Aadujeevitham: Malayalam Actor Prithviraj Sukumaran and His 58 Member Crew Stranded in Jordan Return to India.

Actress Mallika Sukumaran spoke about the flood situation and her evacuation with Mathrubhumi. She said, "Opening of the dam shutters led to the flooding in the area. The residents are facing loss due to the opening shutters without altering the public. I have lodged a complaint with the minister seeking immediate action to clean the canal behind my house. But no action was taken even after 3 years." Prithviraj Sukumaran and Team Wrap Up the Jordan Schedule of Aadujeevitham Amid Coronavirus Pandemic (View Pic).

Prithviraj who recently returned from Jordan had taken to social media to share a picture of himself as he wrote, "BACK! #OffToQuarantineInStyle." The actor hasn't yet commented or posted about his mother's evacuation from the floods. The actor's wife also took to Instagram to share a note on his return as she wrote, " Personally we would like to thank all the fans and well-wishers who prayed for us and gave us strength during our time of separation. Ally is thrilled her daada is back and hopes to see him after 2 weeks.