'So kiss has happened', Teases Lakshmi Manchu While Asking Rana Daggubati About his Relationship with Miheeka Bajaj 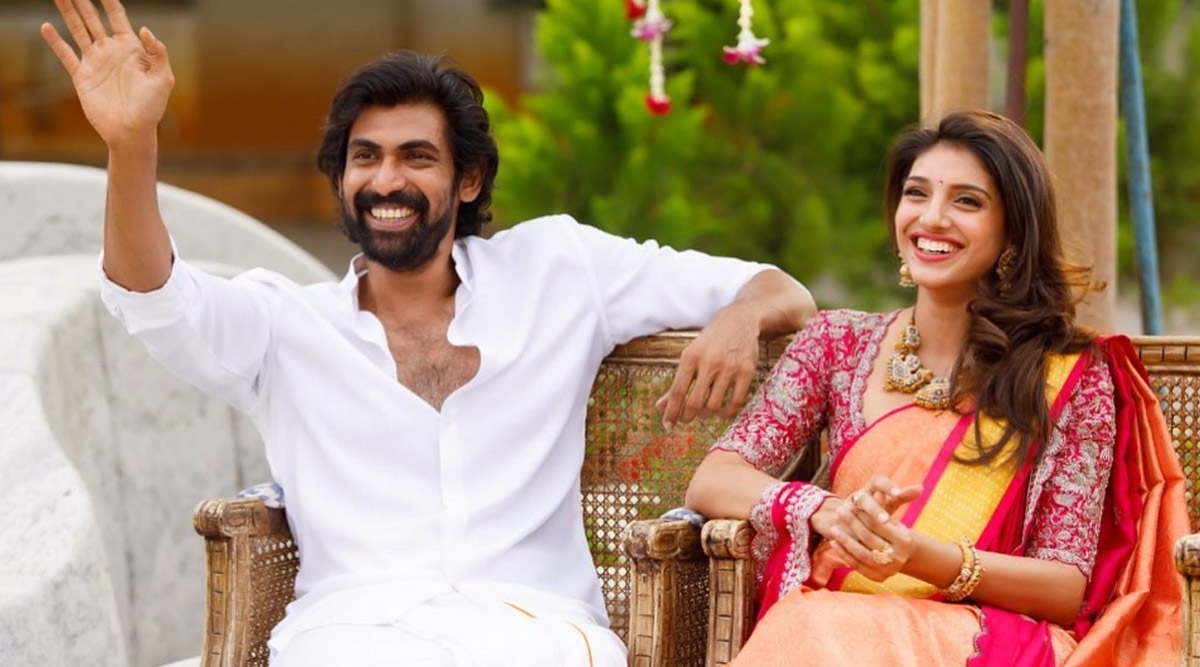 Rana Daggubati did shatter many hearts when he confirmed his relationship status as 'taken'. His girlfriend Miheeka Bajaj was his sister's friend and that's how they came to know each other. While the actor was never against the idea of getting committed, it was with Miheeka that he felt he really should. They do make for an adorable couple and we wish to hear an update on their D-day very soon. And while couples around the world are fighting the lockdown and wish to get together very soon, Rana and Miheeka have a rather unique way to stay connected. Rana Daggubati Talks About Finding Love and Marriage Plans With Fiance Miheeka Bajaj, Says 'She Adores Me And It's Fun Having That Kind Of Attention On You'.

It so happened that during his recent Instagram live with actress Lakshmi Manchu, he revealed how they are busy sending kisses to each other while observing social distancing guidelines. His description is really very hilarious. When Manchu humorously asked him if he has ever held Miheeka's hand, the Baahubali actor jokingly replied, "No, not yet...we are yet to hold hands." Manchu continued pulling his legs by asking, "Oh so you guys are maintaining social distancing even in your relationship?" and Rana being a sport said, "Ya absolutely. I wave from my gate and she waves back, I send a rose, she sends another rose." Manchu continued to embarrass him by saying, "So you kiss and send a rose and then she kisses and sends it back?" To which, Rana blushingly replied, "Yes". That's when Lakshmi found the answer she had been waiting to hear all along. "So kiss has happened, I got it out of you", she teased and the actor couldn't stop blushing. Rana Daggubati And Fiancée Miheeka Bajaj Look Their Happiest As Families Officially Finalise Pair's Engagement and Wedding Dates (Deets Inside).

Check Out their Conversation Here

Rana and Miheeka's romance is nothing extraordinary and yet it feels like a fairytale. The couple recently had a Roka ceremony which was attended by their very close family members. The couple is planning to tie the knot by the end of this year, provided the current situation calms down and they are able to celebrate the way they want to.