Thalaivar 169: Kamal Haasan to Play a Cameo in Rajinikanth Starrer? 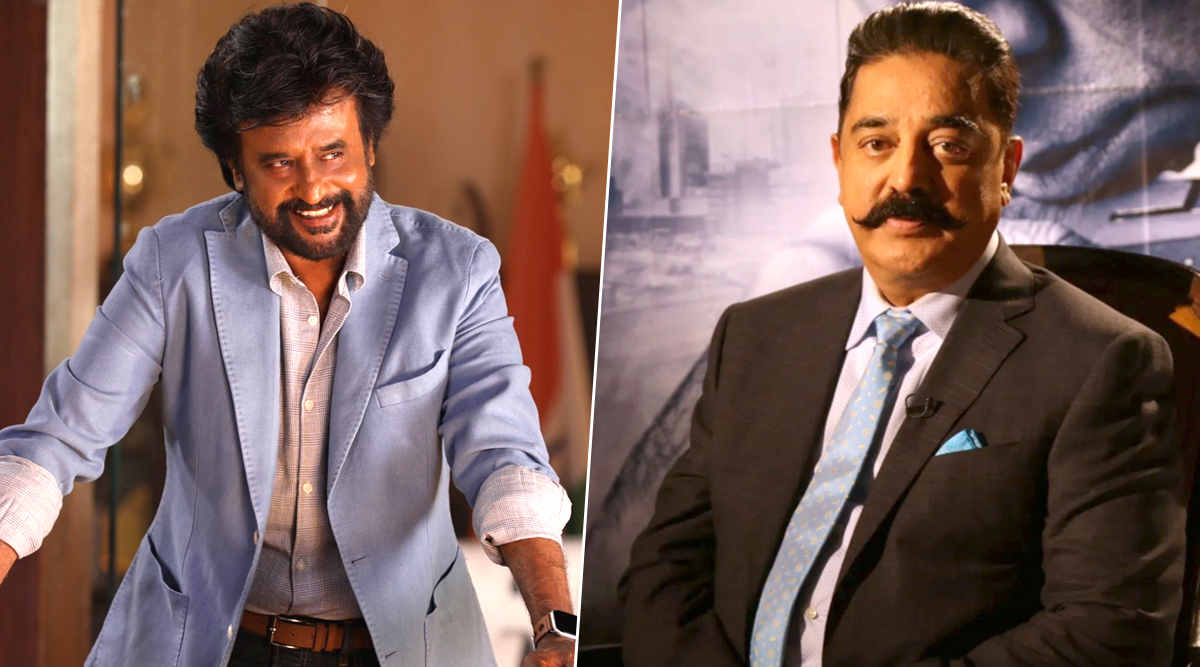 Superstar Rajinikanth’s film has always been a treat for his audience. There is action, comedy, romance, drama in his films. Be it his impressive transformation or his signature style in the film, fans wonder how this 69-year-old pulls off any role brilliantly, with absolute perfection. When Darbar hit the big screens, fans couldn’t contain their excitement on seeing Thalaivar. So have you imagined what would happen when Thalaivar and Ulaganayagan will be featured together on the big screen? Thalaivar 169: Rajinikanth’s Next to Be Directed by Lokesh Kanagaraj!

In December 2019 there were reports of Kamal Haasan and Rajinikanth teaming for Lokesh Kanagarajs’ film, Thalaivar 169 (tentative title). But there was no clarity if it would be a full-fledged role, extended cameo or just a special appearance. But fans were thrilled to know that almost after more than three decades, these two superstars of Tamil cinema would be coming together for a movie. As per leading media reports, Kamal Haasan would be playing a cameo in Thalaivar 169, but there has been no official update. Rajinikanth and Kamal Haasan to Reunite For a Movie after 40 Years in a Lokesh Kanagaraj Directorial?

You’d be surprised to know that Lokesh Kanagaraj first pitched this story to Kamal Haasan and not Rajinikanth. About it a source revealed to Indian Express, “Initially, Lokesh had pitched the story to Kamal Haasan. Since he felt the script would suit Rajinikanth better, he asked Lokesh to narrate it to him.” The source also stated, “The film is going to be a surprise package for both Rajini and Kamal fans, as it may have Kamal playing a cameo.” Besides this, Rajinikanth has teamed up with Siva for Thalaivar 168, whereas Kamal Haasan would next be seen in Indian 2.