Rajinikanth and Kamal Haasan to Reunite For a Movie after 40 Years in a Lokesh Kanagaraj Directorial? 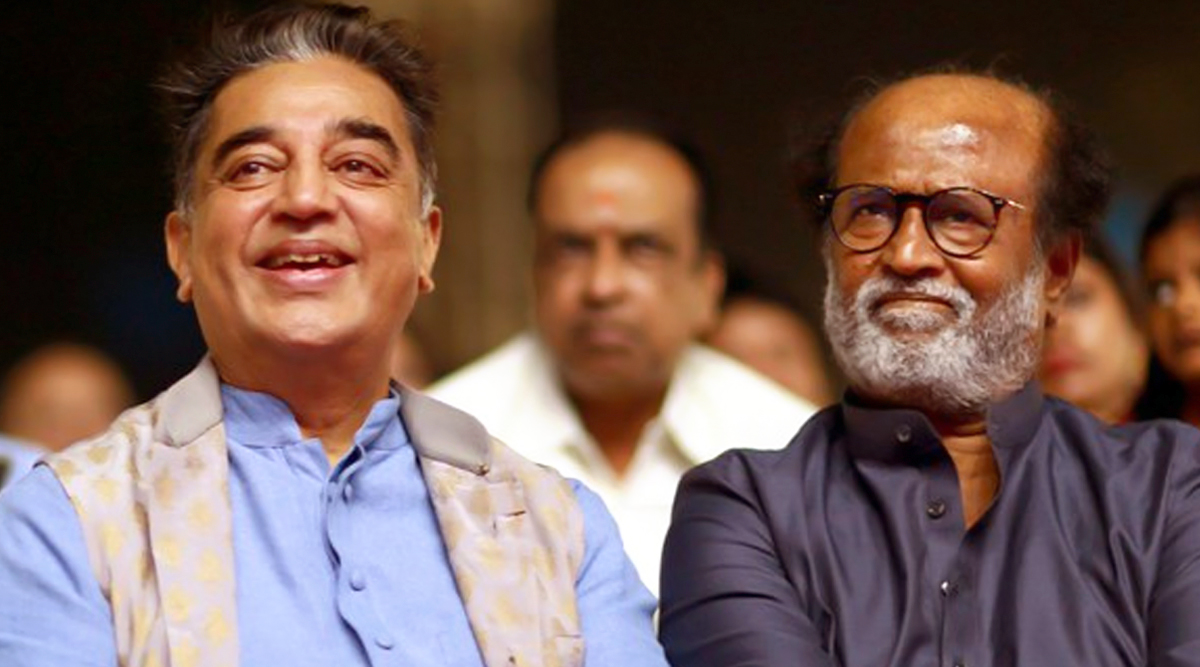 Rajinikanth and Kamal Haasan have fans not only in the country, but across the globe. And one really cannot imagine the amount of love and admiration that fans have for these two superstars of Tamil Cinema. Rajinikanth and Haasan who are fondly called as Thalaivar and Ulaganayagan, respectively, are said to be teaming up for a movie that would be helmed by Lokesh Kanagaraj. Are you surprised reading it? Kamal Haasan Completes 60 Years In Films: Rajinikanth, AR Rahman, Ilayaraja, Karthi and Others Attend Musical Event 'Ungal Naan' Dedicated to Him (View Pics).

As per leading media reports Lokesh Kanagaraj, who has directed Maanagaram and Kaithi, and who is presently busy with Thalapathy 64, would be bringing together the superstars of Kollywood back together on the big screens. If the reports turn out to be true, it would be almost after four decades that is 40 years that these two stars would be collaborating for a project. There has been no official announcement been made yet on it, but (fingers crossed) we hope that this project happens! After Flop Start, Kamal Haasan and Rajinikanth Hint at Joining Hands to Kickstart Political Career.

According to a report in India Today, filmmaker Lokesh Kanagaraj has signed the dotted lines with Raaj Kamal Films International (Kamal Haasan's production house) and he even met superstar Rajinikanth at his Poes Garden residence in Chennai to discuss about this project. The report also states that if the actors give a nod for it then this project would go on floors in 2020. We wonder what is in store for all Thalaivar and Ulaganayagan fans.

Meanwhile, Rajinikanth is gearing up for his next released – Darbar. He has also signed a project with Siruthai director Siva. Kamal Haasan is busy shooting for Indian 2, directed by Shankar. Darbar will hit the screens on January 10, 2020 and Indian 2 is slated to be released on April 14, 2021.