Anushka Sharma to Produce a Web Series on Amazon Prime: Here's What the Show Could Be Based On

The motion of her new production suggested it to be a crime thriller and we may have some additional deets on the same. 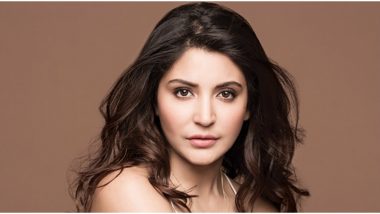 While the actress within her has taken a break of some sorts, Anushka Sharma is actively hunting for scripts as a producer. The Sultan actress earlier forayed into production with NH 10 under her own banner, Clean Slate Films. She later acted in and produced films like Phillauri and Pari that earner her some critical acclaim. However, the producer inside her was always eager to cash in on the popularity of OTT medium these days. After announcing her maiden web venture for Netflix India, the actress along with her brother, Karnesh will now back a series for Amazon Prime.

Anushka earlier took to her social media accounts to share a teaser of her yet-untitled series for Amazon Prime. While no other details were divulged with the announcement, you can always rely us on to dish out some additional details. It was way back in March 2019 when a report in Mumbai Mirror had carried a story on her plans to produce a series for Prime. The same article elaborates details about the show's plotline and mentions the book it is based on. Read on. Shah Rukh Khan’s Zombie Horror Series Betaal, Anushka Sharma’s Mai Included in Netflix India’s Five New Announced Projects.

Sharma's web series is based on a book The Story of My Assassins by journalist-turned-author Tarun Tejpal. In one of his earlier interactions, writer Hardik Mehta, who was scripting a show for Anushka, had described the series as a 'Delhi-based investigation drama'. Needless to say, the show was shot entirely in the capital.

It's about a senior journalist who sets out to investigate his would-be killers thereby exposing the modern Indian underbelly. The book is a crime-based novel based on real-life events.

What's the Title of the Show?

Hardik Mehta had also revealed that the show was then tentatively titled, 'Assasin' and is similar to the lines of US show True Detective

Who is Tarun Tejpal?

The book was written by Tejpal in 2010 and he's the former editor-in-chief of the investigative magazine Tehelka. He had to step down from his position after a female colleague accused him of rape inside the elevator of a five-star hotel in Goa in 2013. He was later arrested and is currently on a bail since 2014.

Check Out the Motion Poster

Anushka is also looking forward to her collaboration with Netflix India for Mai. "The creative freedom to be able to translate these stories to screens that reach a global audience is exciting for us, which is why Netflix is such an important partner," Anushka had earlier said in a statement

(The above story first appeared on LatestLY on Apr 21, 2020 05:10 PM IST. For more news and updates on politics, world, sports, entertainment and lifestyle, log on to our website latestly.com).