Bigg Boss 13 makers finally bring to light that the woman who claimed to be their employee and alleged them of being biased towards Sidharth Shukla is not really associated with them. See for yourself. 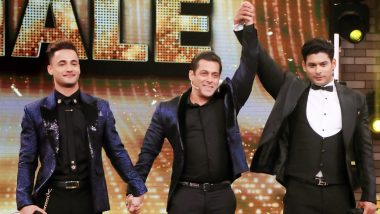 Bigg Boss 13 might have come to an end, but the news surrounding the controversial reality show is in no mood to stop. While Sidharth Shukla was crowned the winner of the latest season, many tweeple thought that the show was rigged and how. But among the pool of tweets on the micro-blogging site, it was a so-called Colors executive's claim which created havoc online. The said person who goes by the handle @ferysays alleged the channel for favouring Sidharth and also added that it's the reason she had to quit her job at Colors. Well, nothing was clear about who was right here; the channel or the girl? And now, Colors in it's latest tweet has put a full stop to Feriha's claims. Bigg Boss 13: Did A Colors Executive Quit Her Job Over Channel Fixing Siddharth Shukla as Winner?

Taking to Twitter, the channel in a long post expressed how the girl Feriha is not associated with them in any way and nor is their employee. Calling the allegations untrue, the tweet also urged fans to not believe such news from unauthorised sources. Just in case you did not read Feriha's old tweet, it read, "I have decided to quit my job at @ColorsTV. I had a tremendous time working with the creative department but I can't demean myself being part of a fixed show. The channel is keen on making Siddharth Shukla the Winner despite less votes. Sorry, I can't be part of it. #BiggBoss." (sic). Bigg Boss 13: Shilpa Shinde Doesn't Want Sidharth Shukla to Win the Salman Khan's Reality Show For This Reason.

Check Out The Clarification By Colors Below:

Here Are The Girl's Back-To-Back Tweets: 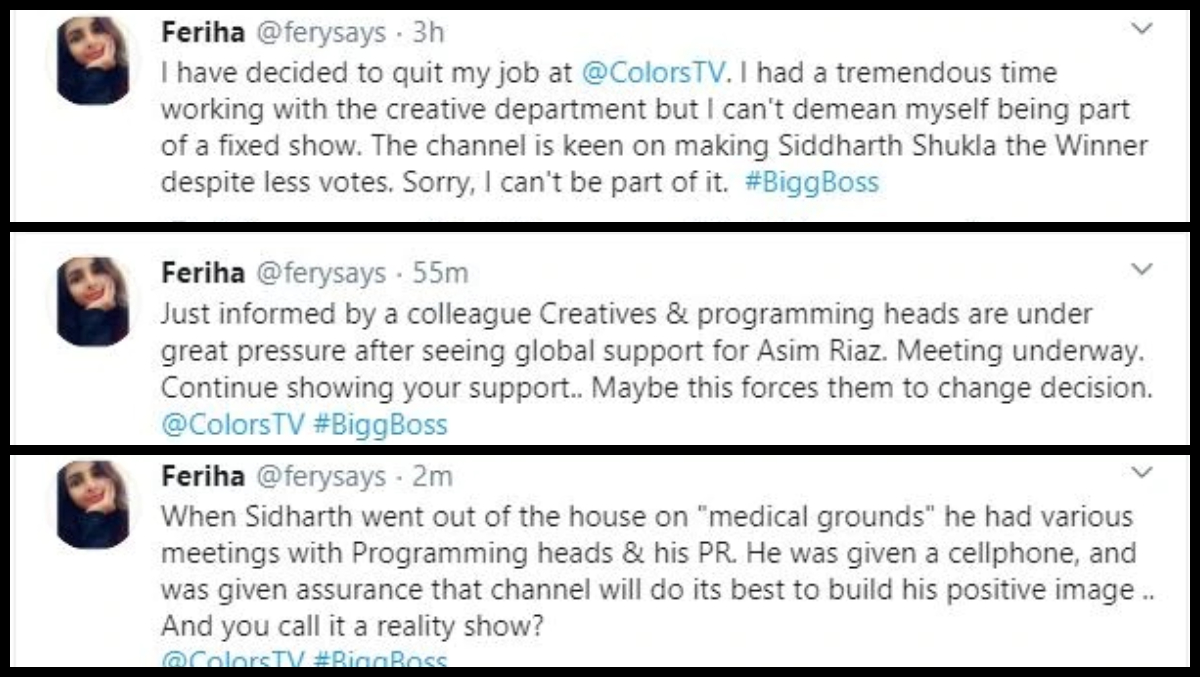 We were the ones who had reported that if you scroll through the woman's profile on Twitter mostly you'll see are just retweets and nothing else. Come on, if you are a Colors employee, your profile will atleast see a glimpse of the same, but here it was zero reference. Lastly, good work on the Colors TV part to not play behind the bush, and infact, setting the record straight. What's your thought on this? Let us know in the comment section below. Stay tuned!

(The above story first appeared on LatestLY on Feb 17, 2020 02:24 PM IST. For more news and updates on politics, world, sports, entertainment and lifestyle, log on to our website latestly.com).