Bigg Boss 13 fame Arti Singh revisits her past and talks about the time when she had no work for 2 to 3 years and more. Read! 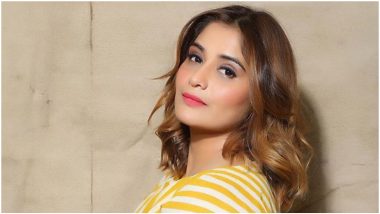 Television actress, Arti Singh grabbed a lot of limelight by featuring on the controversial reality show, Bigg Boss 13. She played the game very smartly and was the fourth runner-up of the Salman Khan hosted show. However, little do people know that Singh has been part of many daily soaps in the past which were unable to make a mark on the TRP chart. In a nutshell, the talented actress's journey in the telly world had its ups and downs. Even after going through a rough time in her career, Arti has always tried her best to impress by her acting and have stayed dignified. Recently, in one of her interviews, the TV star talked about times when she had no work and got offers to portray the role of a Bhabhi. Arti Singh Talks About How Her Mother Reacted To Her Rape Attempt Confession, Says 'She Asked Krushna To Get Me Out Of The Bigg Boss House'.

Speaking to Bollywoodlife in a live session, the BB 13 fame opened about her struggling days from the past. She said, "I did a show for Colors which did not do well. Three to four years after that, I struggled a lot and had no work at all. I suddenly started getting calls for the role of a Bhabhi, but was never approached for lead roles." "I did a very good show called Parichay and my character was loved a lot. However, I had no work for a long time," she added. Bigg Boss 13’s Arti Singh Recreates Kajol’s Iconic DDLJ Towel Dance During Her Self-Quarantine Time (Watch Video).

Well, this is sad, but all that matters is present and we are glad that she is now popular. Meanwhile, Arti amid the lockdown phase has been sharing updates about her quarantine life on Instagram. Very recently, she recreated Kajol's iconic dance 'Mere Khwabo Mein' from DDLJ and made fans go wow. Stay tuned!

(The above story first appeared on LatestLY on Apr 22, 2020 01:31 PM IST. For more news and updates on politics, world, sports, entertainment and lifestyle, log on to our website latestly.com).