Here are all the major highlights of Bigg Boss 14 Weekend ka Vaar episode. 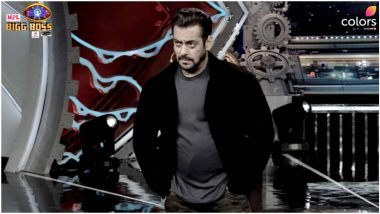 This week's Bigg Boss Weekend ka Vaar episode was rather entertaining and filled with performances. With Rubina Dilaik, Naina Singh, Shardul Pandit and Jaan Kumar Sanu in the elimination this week, it would be interesting to see who will bid adieu to the show. The new season of BB is going on in full swing and contestants are finally getting the hang of it. With Eijaz and Pavitra's love-hate relationship and Jasmin finding her strongest supporter in Aly Goni, things have turned more interesting and exciting inside the house. Bigg Boss 14: Can Jasmin Bhasin Turn Rumoured Beau Aly Goni’s Entry To Her Advantage?

For more updates on tonight's episode, keep scrolling below.

Kavita's elimination was rather shocking and while she came across as a strong player, her exit was disappointing. However, the actress gets a new opportunity to re-enter the house but it won't be an easy ride for her. Kavita faced an expert panel consisting of Kamya Punjabi, Surbhi Chandna, Vindu Dara Singh and Arti Singh who later took the decision to allow her re-entry.

This Weekend ka Vaar episode was loaded with performances but Rahul Vaidya stood out from the rest. His performance on 'I am the Best' was entertaining and that explained his game inside the house. With no major alliance inside, he's fighting his own battle and the song perfectly described his situation. Bigg Boss 14: Naina Singh Tells Rahul Vaidya Why She Cannot Be Friends With Eijaz Khan Ever.

Nikki Tamboli and Jaan Kumar Sanu's performance was amusing. It described their relationship inside the house and while Jaan tried really hard, Nikki had our attention throughout.

The most adorable performance of tonight! Rubina and Abhinav performed on Biwi No 1's title track and looked so good together. She looked heavenly in her white saree while he looked in his formal avatar.

Their love-hate relationship was perfectly picturised in their performance. Pavitra was trying too hard but Eijaz was natural. He was enjoying his performance instead and that made him a better performer.

(The above story first appeared on LatestLY on Nov 07, 2020 11:00 PM IST. For more news and updates on politics, world, sports, entertainment and lifestyle, log on to our website latestly.com).