Jhansi Ki Rani actress Anushka Sen is on cloud nine as she scored 89.4 percent in her CBSE 12 class board exams. Check it out. 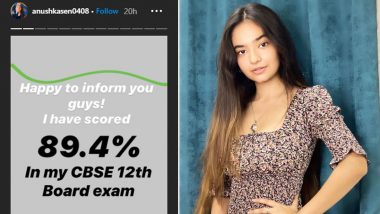 Popular child artist from the television space, Anushka Sen is on cloud nine currently. Well, you may ask why? As the actress has scored 89.4 percent in her CBSE class 12th board exams. The results of the Central Board of Secondary Education (CBSE) Class 12 was announced on July 13. For the unversed, Sen is a well-known face from the small screen and have been part of shows like Jhansi Ki Rani and Bal Veer. From the time Sen has heard this news, the girl is super excited and has been sharing messages on Instagram. As per TOI, the TV actress is a student of Ryan International School and is a commerce student. Anushka Sen – Vikkas Manaktala Starrer Khoob Ladi Mardaani… Jhansi Ki Rani To Shut Shop In July!

Talking about scoring a phenomenal percentage in her 12th exams, Anushka in an interview with India Forums got candid about the same. “I am really happy with my scores, I have scored 89.4%, this was least expected to be honest because all year round I was shooting for my show Jhansi Ki Rani and had to travel for the shoots of my music videos and film as well," she said to the portal. Anushka Sen Grabs Rahat Kazmi's Hina Khan Starrer Indo-Hollywood Film Country Of Blind! 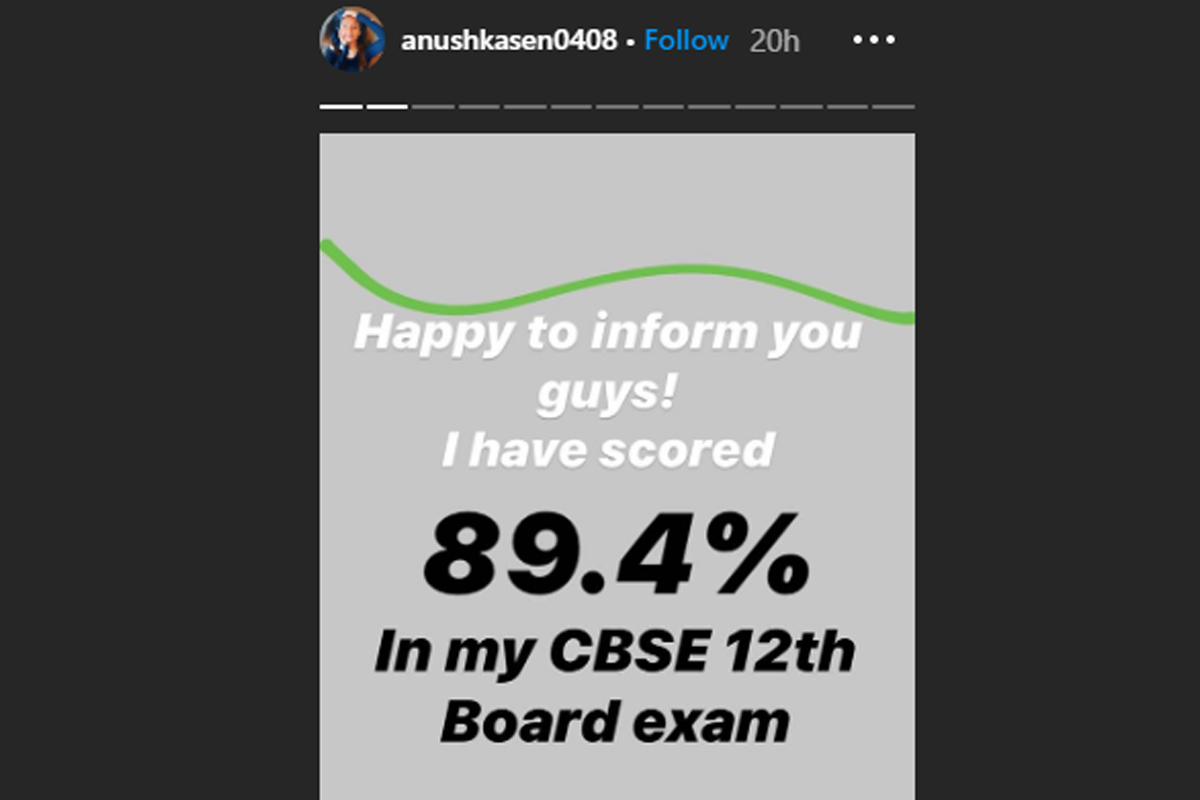 Further mentioning how super supportive her school authorities have been, she added, "I would like to give the entire credit to my school, my teachers, and especially my principal ma’am who constantly motivated me to keep giving my best and work hard. I am so relieved now and really looking forward to pursuing my college.”

All in all, we can say is congratulations to the Manikarnika of TV. She really nailed it. As balancing work as well as studies is not a cakewalk. Stay tuned!

(The above story first appeared on LatestLY on Jul 14, 2020 04:12 PM IST. For more news and updates on politics, world, sports, entertainment and lifestyle, log on to our website latestly.com).